Washington: US President Donald Trump has become fixated on his ability to issue pardons, asking his aides to compile a list of candidates and stirring dissent in the West Wing with his mercurial and seemingly celebrity-driven decisions.

On Thursday, Trump commuted the sentence of Alice Marie Johnson, 63, who was serving a life sentence for drug offences and whose cause was championed by reality TV star Kim Kardashian West in a recent visit to the White House.

A pardon (which nullifies a conviction as opposed to a commutation which reduces a sentence) had been resisted by Trump's chief of staff and a top White House lawyer.

But the presidential pardon holds a special resonance for Trump, representing one area where he has almost unchecked power as other aspects of his presidency – especially Special Counsel Robert Mueller's ongoing probe into Russian interference in the 2016 presidential election – remain outside his control, according to his aides and advisers.

Trump entered the White House expecting to have few limits on his power – envisioning the presidency as more like his private business than a plodding bureaucracy. He has grown frustrated over what he views as Republican impotence on Capitol Hill, Mueller's sprawling investigation and a coterie of aides who are at times riven by infighting.

But on pardons, he has been able to act unchecked, and has recently even floated the idea that he has the authority to pardon himself, though he suggested he would not do so.

A White House official who, like others, spoke on the condition of anonymity, said Trump is "obsessed" with pardons, describing them as the President's new "favourite thing" to talk about. He may sign a dozen or more in the next two months, this person added.

"It's all part of the show," said veteran Republican consultant Ed Rollins, a former strategist for a pro-Trump super PAC. "It's not a rational or traditional process but about celebrity or who they know, or who he sees on Fox & Friends. He's sending the message: 'I can do whatever I want, and I could certainly pardon someone down the line on the Russia probe'."

Trump's aides and associates saw Kadashian's celebrity imprimatur as crucial and alluring to the President.

But the commutation for Johnson is set to cause consternation in the West Wing, with top advisers – including Chief of Staff John Kelly and White House Counsel Donald McGahn – disturbed by the process, according to two people familiar with the discussions.

Kelly has reviewed Johnson's background and her 1996 conviction – she was sentenced to life in prison on drug possession and money-laundering charges – and is not convinced she deserves a pardon, an administration official said. And McGahn has also argued against the possible pardon as an unnecessary action by the president, a second official said. 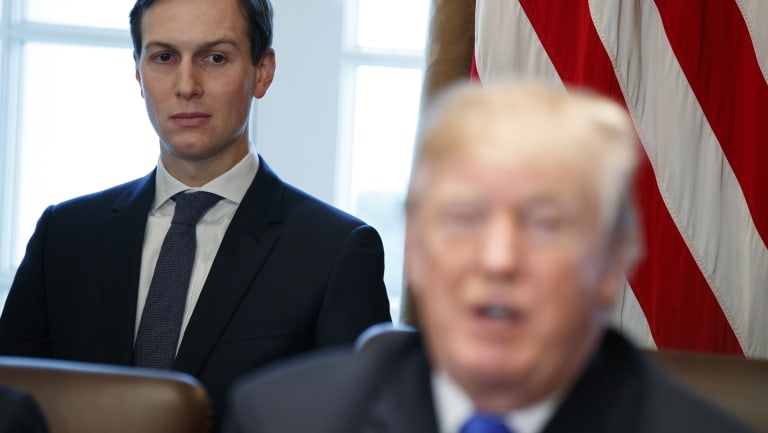 Jared Kushner, the president's son-in-law and senior adviser, who helped arrange the meeting with Kardashian in the Oval Office last week, has heavily pushed for a pardon for Johnson within the West Wing, these officials said.

Kushner attended the meeting between Trump and Kardashian, and, having recently had his security clearance reinstated, has been described as newly emboldened by White House aides.

To some outside advisers and critics, the pardons hold a broader symbolism as some of Trump's former allies and aides face criminal charges – or have already pleaded guilty – to crimes as part of Mueller's investigation.

Former House Speaker Newt Gingrich, a Trump ally, said the implications for the special counsel investigation are obvious: a sign to witnesses and others tangled in the probe that "help is on the way".

"If you're being squeezed by Mueller, [the President is] sending a signal that he's in an all-out war with Mueller and people should know [he] is willing to issue pardons," Gingrich said.

Trump's pardons so far have been scattershot, driven by television segments, celebrities, friends and White House advisers who have pressed their cases for pardons that include controversial former Sheriff Joe Arpaio, conservative commentator Dinesh D'Souza and Lewis "Scooter" Libby, who was chief of staff to Vice President Dick Cheney.

He also posthumously pardoned heavyweight boxing champion Jack Johnson in May, after being lobbied by actor Sylvester Stallone.

Last week, Trump mentioned that he was considering commuting the sentence of Rod Blagojevich, the former Illinois governor who is serving a 14-year sentence for convictions in 2010 related to trying to sell President Barack Obama's Senate seat, among other campaign finance violations, as well as pardoning Martha Stewart, the television personality and lifestyle mogul. Stewart briefly hosted a spinoff of Trump's Celebrity Apprentice in 2005, and Blagojevich appeared on Celebrity Apprentice in 2010.

Trump has begun asking friends who else he should pardon, according to an adviser who frequently speaks to the President, and some have offered suggestions. The President has asked McGahn to prepare a list of other pardons for him to consider, administration officials said.

Some people seeking pardons are now making their case on Fox News, the President's favourite channel, knowing he may be watching.

"You know, our system of government has got a system of checks and balances for a reason," she told the show's host, Jeanine Pirro. "And sometimes, the courts and these prosecutors get it wrong whether maliciously or just by accident, and it takes a strong leader like President Trump to right those wrongs."

On Monday, the wife of former Trump foreign policy adviser George Papadopoulos went on Fox News' Tucker Carlson Tonight and, for the first time, said she believed Trump should pardon her husband, who pleaded guilty in October to lying to the FBI about Russia contacts during the campaign. Papadopoulos is awaiting sentencing on the felony charge. 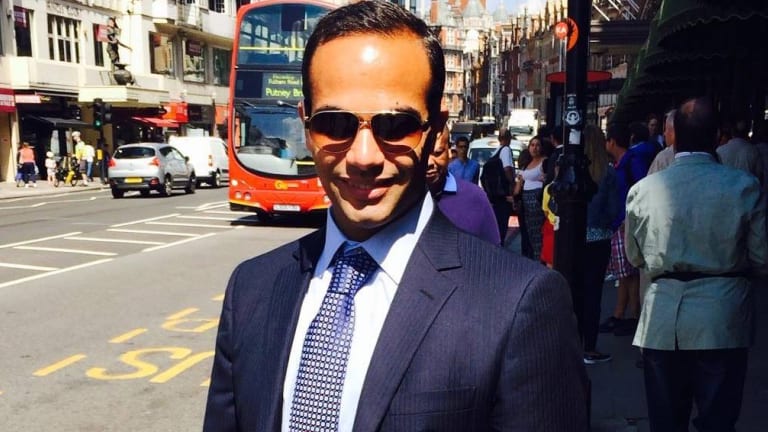 The fiance of George Papadopoulos, a former foreign policy adviser to Trump who pleaded guilty to lying to the FBI, has raised the issue of a pardon.

In an interview with The Washington Post on Tuesday, Simona Mangiante Papadopoulos said that her husband had taken responsibility for his errors in dealing with the FBI. But she said she felt he had been used by forces who wanted to advance a narrative that the Trump campaign colluded with Russia. In fact, she said, he never conspired with Russia.

His contact in April 2016 with a professor in London who told him that the Russians held emails that could damage Hillary Clinton amounted to nothing more than gossip, she said. His efforts to set up a meeting between Russian President Vladimir Putin and Trump was the work of a dedicated foreign policy adviser who was trying to help Trump accomplish his publicly stated goal of building better ties with Russia.

"I think he's a victim, honestly," she said. "He made a mistake. He pleaded guilty for that mistake. It would make sense for the President to pardon him."

The White House is also now weighing whether to grant a presidential pardon to two ranchers from eastern Oregon, Dwight and Steven Hammond, whose 2016 imprisonment on arson charges inspired the 41-day armed occupation of the Malheur National Wildlife Refuge. Ranching and farming groups, as well as some militia adherents, have pushed for clemency to send a signal that federal officials won't engage in overreach in the West.

The Hammonds' supporters argue that the two men, originally convicted in 2012 on two counts of arson, shouldn't have been forced to serve jail time on two separate occasions. While they would have normally served a mandatory minimum sentence of five years, US District Judge Michael Hogan initially gave Dwight Hammond three months and his son Steven a year and a day behind bars. But the government won an appeal over the Hammonds' sentence in 2015, so they were resentenced to serve out the remaining years of a five-year minimum.