‘Remember the fate of our daughter’: Parents of dentist, 31, who died after medics refused to end her pregnancy appeal for vote to relax Irish abortion laws in Friday’s referendum

The parents of an Indian dentist who died in Ireland after she was refused a termination have called for a vote to relax abortion laws in next week’s referendum.

Savita Halappanavar suffered septic shock after she was denied the procedure in 2012 during a miscarriage because a foetal heartbeat was present, sparking a change in the law to allow abortion where a woman’s life was endangered.

Her father Andanappa Yalagi said he strongly felt ‘that the younger daughters of Ireland should not have the fate of Savita’.

Irish voters will go to the polls on Friday to decide whether parliament can change abortion laws, with draft legislation set to make abortion freely available up to 12 weeks and in exceptional cases up to 24. 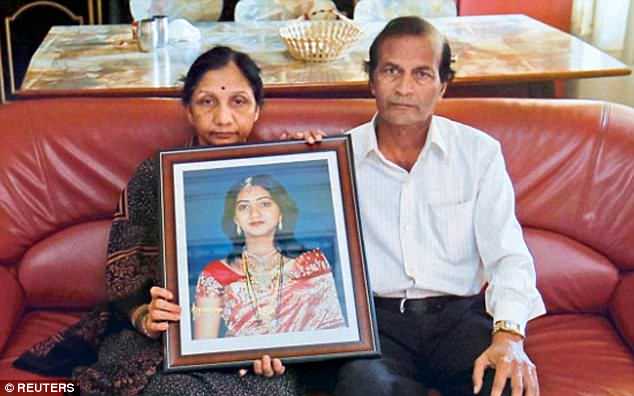 Mahadevi (left) and Andanappa Yalagi hold the portrait of their daughter Savita Halappanavar. Her father said young women in Ireland ‘should not have the fate of Savita’

The question on the ballot paper asks whether the eighth amendment of the Irish constitution, which decrees that the life of baby and mother is equal, should be repealed.

Mr Yalagi said: ‘I hope that people in Ireland will remember the fate of our daughter Savita on the day of the referendum and vote Yes so that what happened to us won’t happen to any families.

‘And by doing this you will be paying a great debt to the departed soul.

‘No family in future should have to undergo what we have gone through – the worry and sorrow that’s still persistent in our hearts even after some six years.

‘The life that Savita had, she had a very long life to lead, but it was cut down mercilessly, dead.’

Mrs Halappanavar, who was 31, was 17 weeks pregnant when she was admitted to hospital in October 2012. 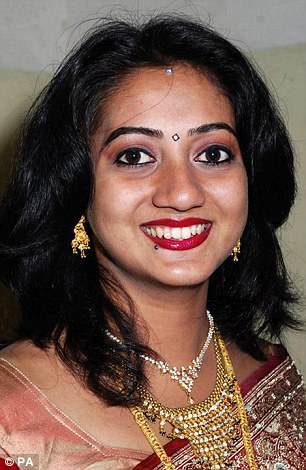 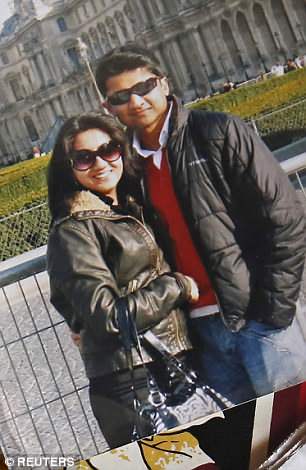 Savita Halappanavar (left, and with her husband Praveen Halappanavar, right) was 17 weeks pregnant when she was admitted to hospital in October 2012 and was refused an abortion

The Protection of Life During Pregnancy Act 2013 allows for abortion when there is a real and substantial risk to a woman’s life, but prohibits it in cases of rape, incest, inevitable miscarriage and fatal foetal abnormality.

Taoiseach Leo Varadkar, who supports repeal, has said it is only a matter of time before a woman dies in Ireland as a result of using abortion pills bought online.

Mr Varadkar said women were increasingly importing pills online because of the current laws and they were being used unsafely.

Draft laws set to be enacted if the eighth amendment is repealed mean abortion would be freely available up to 12 weeks and in exceptional cases between 12 and 24.

The repeal campaign has held a large lead in opinion polls although many surveys have shown a large number of voters still undecided.

In the average of two polls conducted in the last week, Yes (to repeal) has led with 50 per cent, with No on 30 per cent and the rest undecided or refusing to answer. 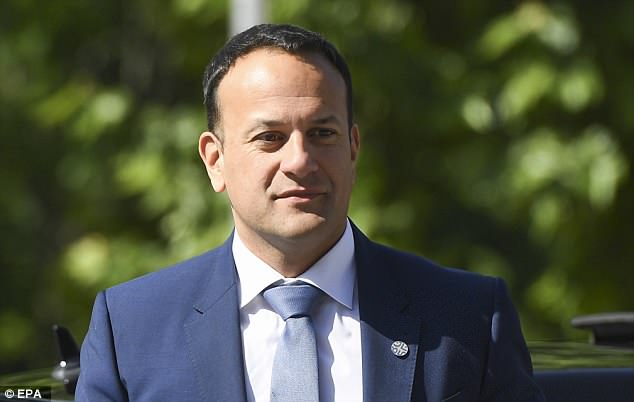 Taoiseach Leo Varadkar, who supports repeal, has said it is only a matter of time before a woman dies in Ireland as a result of using abortion pills bought online