The parents of a seven-year-old boy put into isolation for having lines shaved into his hair have accused his school of hypocrisy – because the head has pink hair.

Lucian Smith’s parents allowed him to have the fashionable cut during the Easter holidays, thinking it would grow back by the time term started.

But when he turned up to lessons on his first day back at Templars Academy, in Witham, Essex, he was hauled into isolation during break times over the ‘inappropriate’ style.

His parents have blasted the decision as ‘hypocritical’ as the school’s executive headteacher Jane Bass sports a multi-coloured hairstyle. 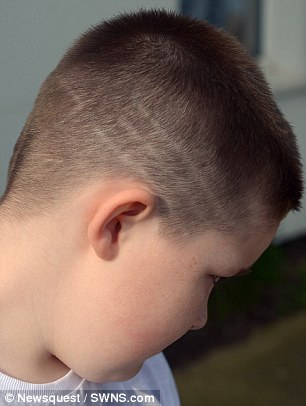 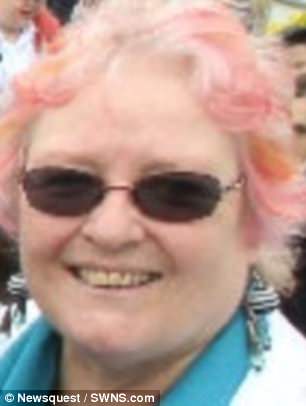 Seven-year-old Lucian Smith (left) was put in isolation at Templars Academy in Witham, Essex, for having lines shaved in his head. His parents slammed the decision as ‘hypocritical’ because the school’s headteacher Jane Bass (right) sports a multi-coloured hairstyle

‘We’re not judgemental people and couldn’t give a monkey’s what colour people choose to dye their hair.

‘But if you take on a job as a teacher, you become a big influence and you have to take responsibility for your own rules.

‘You can’t tell the kids to do one thing while you’re swanning around doing the complete opposite. It’s completely hypocritical.’

Darren and his partner Stephanie Harman, 35, admit they’re fully aware of the school rules which do not allow inappropriate haircuts or excessive hair adornments, such as braiding or designs cut into the hair. 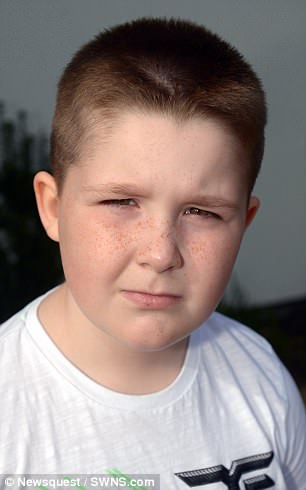 Following the incident last week, Lucian will soon be joining Heybridge Primary School, which is closer to the family’s home

They take full responsibility for Lucian’s hair and tried to resolve it at the earliest opportunity, but feel their son has been ‘scapegoated’.

Mr Smith, a fire alarm engineer, said: ‘Lucian wanted to have his lines shaved in his hair and as it was the Easter holidays, we allowed it.

‘We thought it would have grown back in time for him going back to school. When he went back and the school complained, we did what we could to remedy it.

‘We took him to the barber’s to get it cut and it did make it better. But the school wouldn’t accept it and just kept Lucian locked inside while his friends played, during the hottest days of the year.

‘It’s not fair to treat a seven-year-old child in this way. It’s our responsibility – not his – and he’s been left with this weighing on his shoulders. We can’t help feel that he’s been completely scapegoated.’

The couple have now pulled Lucian out of the Templars Academy and plan to send him to another school.

They claim this is the latest in a string of incidents in which Lucian has been unfairly treated.

Mr Smith said: ‘There was a previous occasion when Lucian was disciplined for having the wrong school trousers, where we feel they over-reacted.

‘Then a few weeks ago, he was locked out of the school at the end of the day when one of the teachers let him go without checking one of us was there. 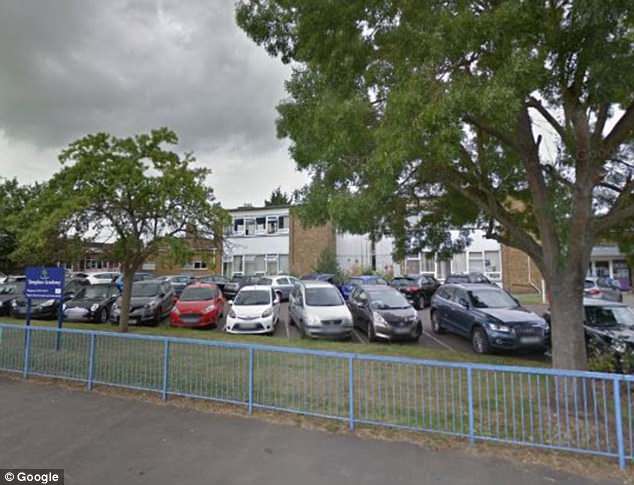 Templars Academy in Witham (above), which has around 400 pupils, was rated as inadequate in its latest Ofsted inspection in 2015

‘We found him wandering the nearby streets on his own looking for us.

‘It used to be a good school, where both of our older daughters went, but it’s recently been rated as inadequate by Ofsted and standards have slipped.

‘To punish a young child in this way we think is awful. It’s important they get time to play with their friends and have time out during lessons, not be locked up like a prisoner.’

Following the incident last week, Lucian will soon be joining Heybridge Primary School, which is closer to the family’s home.

Mr Smith says the the school’s behavioural leader later apologised over the issue, but says he has not yet had a response from the head of the governors, to whom he complained.

The school, which has around 400 pupils, was rated as inadequate in its latest Ofsted inspection in 2015.

In a statement, Ms Bass said: ‘Connected Learning Multi Academy Trust has a uniform policy in place, across five schools, which is reviewed regularly and outlines all expected appearance.

‘This is easily accessible to parents, via the school website or school office.

‘Each year, we ask parents to sign a home school agreement that states they will support the school with its policies, including the uniform policy.

‘This pupil’s parents signed in November 2017.’

Last November, pupils with additional needs were put in a ‘cuckoo’ room at Templars Academy in Witham, it was claimed, according to the Braintree and Witham Times.

Parents were concerned about the disciplinary measures for those who needed more support at the school, and were not pleased with the controversially named room.

Ms Bass said at the time: ‘I can’t see why any parents would be upset by the name, it’s putting adult connotations on something. They are all named after birds. We have an intervention that has been put in place to stop people being excluded.’