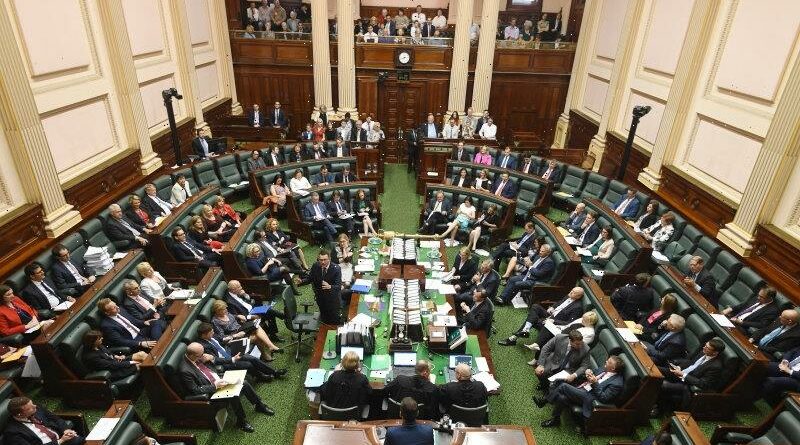 How does your work day start? In the Victorian Parliament nothing gets done until the reading of the Lord’s Prayer. As many cultural conservatives tell us, we are a country founded on Judeo-Christian values.

But calls have been getting louder to ditch the daily prayer, led, not for the first time, by the Reason Party’s Fiona Patten who argues that as parliament represents a modern, multi-faith society it should not be so powerfully and symbolically tied to one small group. 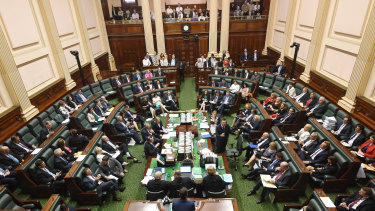 According to Patten, there are 153 religions in Victoria (and the 2016 Census showed one third of us are not at all religious) so reciting the Lord’s Prayer makes Parliament “a Christian club”.

The question came up in 2019. Daniel Andrews thought a “multi-faith moment at the beginning of the parliamentary day” may be a good solution. But Liberal frontbencher David Davis thundered that the Lord’s Prayer was “a very important reflection of the Judeo-Christian tradition … part of our history, and part of our Westminster parliamentary tradition too.”

Interestingly, the term “Judeo-Christian tradition” was virtually unknown in Australia before September 11, 2001, and became a favourite dog whistle of Donald Trump used against Muslims.

It’s not much of a tradition anyway. More than 300 years ago in Britain, the first group to refuse to take a parliamentary oath on the Bible were Christians, the Quakers. Meanwhile, Jews could not take their seat if elected until 1858 because they wouldn’t be sworn in on a Bible. 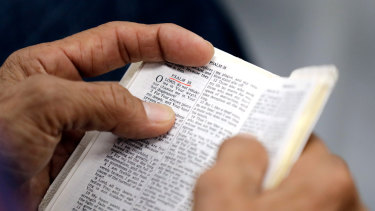 Parliamentarians were expected to swear allegiance on the Bible which meant non-Christians couldn’t take their seats.Credit:AP

In Victoria one of the central Christian values of the men who drafted the Constitution in 1853 was that political matters were exclusively for men. Women could not even vote until 1908. By the 1960s only two women had been elected to parliament. This was the Judeo-Christian tradition in action and it excluded the vast majority of citizens.

In fact, Australian (and Victorian) democracy was founded in the aftermath of the seismic changes of the Enlightenment and the American and French revolutions and their ideals of equality and universal human rights.

These values have evolved and as I see it, four pillars now uphold our society; the Anglo-colonial, the secular democratic, the modern multi-faith and the ancient Indigenous.

This is the reality. To acknowledge it, Parliament should ditch the Lord’s Prayer or alternate it with one from a variety of major religions, including one expressing Aboriginal spirituality.

All power to Fiona Patten as she stands up for the true values of our democracy, of pluralism, respect and equality; not just for the few but for all of us.

After all, whose country is this anyway?

Duncan Fine is a lawyer and regular columnist