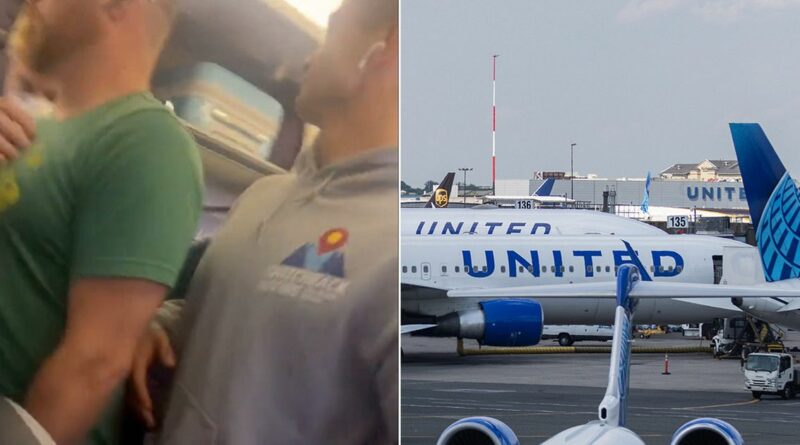 A terrifying video shows passengers being hurried off a plane in an emergency evacuation after it caught on fire.

Adrian Hartwell, who was on board the United Airlines flight on Tuesday (July 12) flying from Missouri to Denver, Colorado, recorded the moment when cabin crew asked them to exit the plane using an evacuation slide.

Adrian quickly grabs his bag to search for his inhaler before joining other passengers in the queue to exit the plane using the inflatable slide.

"I was kind of panicked but also I was glad we were on the ground already."

According to reports, 157 passengers as well as four crew members safely exited the plane at Denver International Airport.

The Boeing 737-800 plane caught on fire after smoke was detected from the brakes.

United Airlines said in a statement: "United flight 1658 from Kansas City landed normally in Denver and proceeded to the gate.

"Due to smoke indicating that brakes may have overheated, some customers exited the plane using the slides while others deplaned using the jet bridge."

Denver Fire Department responded at the gate and said on Twitter that firefighters quickly put out the small fire.

Viewers commented on Adrian's video and said they were glad that no one was injured in the incident.

"The whole video is scary as f***," one said and another wrote: "I was right in front of you I guess. I left my camera rolling for the tumble down the chute.

"They didn't stop me from rolling onto the tarmac so I got a little road rash. But we got the bag of Cheez Its afterward!"