Passengers wrote emotional “goodbye messages” to their friends and family during a terrifying plane journey yesterday. The terrified passengers on board an internal Canadian flight thought the worst when the plane’s engine suddenly bursted into flames. The powerful explosion shook the plane’s cabin, with the fire in full view of their windows.

The shocking moment took place mid-flight during a journey from Abbotsford to Edmonton.

The plane was immediately forced into making an emergency landing, after pilots announced they were only running on “two engines”.

One passenger even managed to capture footage of the alarming incident.

In the incredible footage from on board the flight, the engine can be seen suddenly bursting into flames. 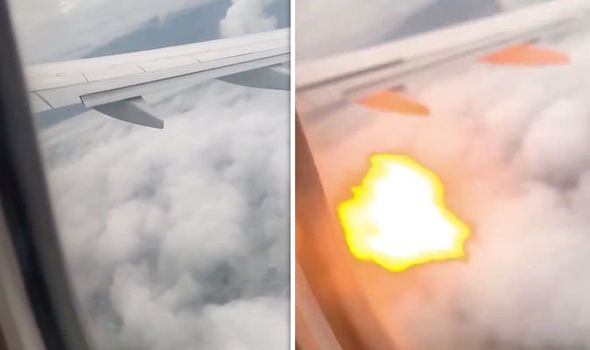 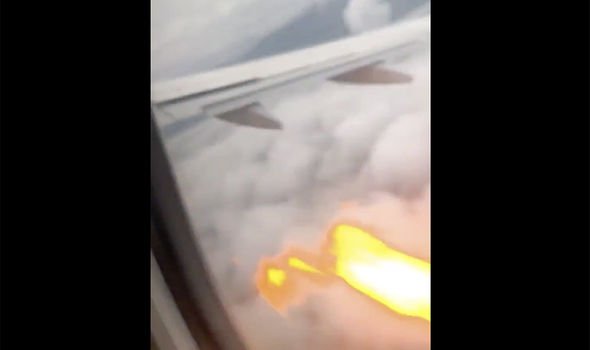 Scared passengers can be heard yelling “fire” to the crew to warn them.

Investigators revealed that the plane’s engine caught fire after a flock of geese were sucked into the engine shortly after take-off.

Passengers on board told Canadian media that they all heard a “loud thud” when the birds hit the engine.

As the Swoop airline plane made an emergency landing, travellers on board wrote messages to their loved ones. 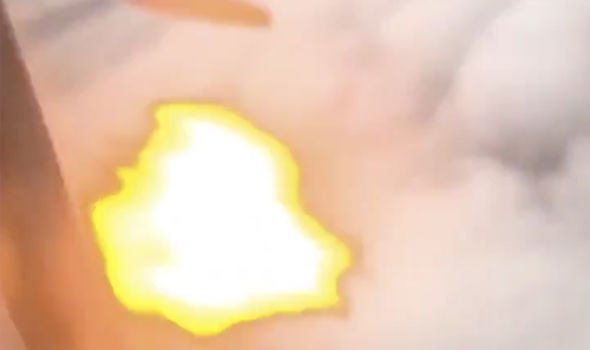 Passenger Fadhl Abu-Ghanem told CTV News: “Basically as the aircraft was rolling down the runway, it felt like we hit a bump.

“Next thing I know I start seeing flames coming out of the right engine. I also felt very strong heat.

“”I started texting my mom saying ‘Something’s wrong with the airplane. I love you.'” 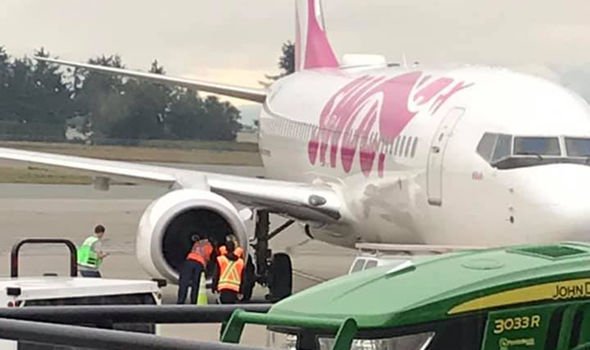 Canadian airline Swoop later tweeted “Update: We can confirm Flight 312 landed safely in Abbotsford due to a bird strike shortly after departure.

“All travellers were offloaded safely and without incident. Thank you to our captain and crew for ensuring the safety of our travellers.”

Another of the passengers Bruce Mason said: “We hit bumps – it felt like speed bumps. The lights would come off and on. Over at the window seat, they start yelling, ‘Fire! Fire!’”

Someone who appears to be a resident of the town the plane was flying over replied to the post: “You flew over my house and there were huge flames shooting out from the plane every time that there was an explosion and there were several explosions. I assume now that it was the plane backfiring.”