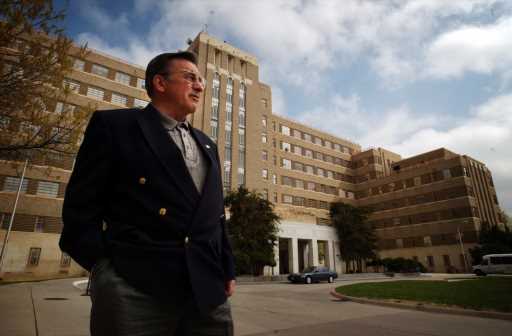 Paul Tauer, who served the city of Aurora for 24 years, eight as a councilman and 16 years as mayor, has died. He was 86.

Tauer served as mayor from November 1987 to November 2003, his final term ending with a term limit. He was succeeded as mayor by his son, Edward.

Tauer, a Republican, guided Aurora through periods of mass growth and progress. He was the city’s mayor in 1995 when Denver International Airport opened, helping to steer negotiations with Denver on the airport’s creation. Tauer was mayor when the E-470 beltway was built and headed the city when the former Fitzsimons Army Medical Center gave way to the University of Colorado Health Sciences Center.

“Paul Tauer was a champion for Aurora and a pillar of our history, serving as mayor for 16 years and overseeing an era of tremendous business, residential and cultural growth,” said current Mayor Mike Coffman in a statement. “He was instrumental in the transformation of the former Fitzsimons Army Medical Center into the Anschutz Medical Campus, establishing Aurora as home to one of the nation’s largest and most respected medical communities. We offer our condolences to the Tauer family and our thanks for his service, leadership and advocacy for Aurora.”

Tauer helped the old Fox Theater in Aurora to survive and become a thriving cultural complex.

His first term as mayor overlapped Mayor Federico Peña’s second and final term in Denver. The two leaders worked closely and effectively on such mutual problems as the airport and broader regional issues such as transportation. Despite some visible differences, Tauer also worked closely with Denver Mayor Wellington Webb in his three terms of office.

“Paul Tauer was one of Colorado’s great mayors. His battles with Wellington Webb, Denver’s great mayor, were epic, and in many ways established Aurora as a major city,” said Sen. John Hickenlooper, in a statement. “He negotiated (largely with Webb) the geometry of the light rail system, FasTracks, so that it benefited both cities. He was a relentless and fierce champion for the people of Aurora.”

“He was a great mayor of Aurora and he put Aurora on the map,” Webb said.

Tauer, a practicing Catholic who graduated from Regis High School and Regis University, told The Denver Post in 1997 that he “talks to Christ several times a day” and that Christianity played a key role in his political life. At the time, Tauer ran full-page ads in local daily newspapers, proclaiming his religious faith, a decision that was not without political controversy.

“The First Amendment says, ‘freedom of religion’ not ‘freedom from religion,’ ” Tauer said at the time.

Before joining the Aurora City Council, Tauer was a teacher for 31 years, instructing elementary through high school students, dropouts and special-education youth in social studies, history and American government.

After leaving the mayor’s office, he taught a civics course — The Political Environment — for the University of Denver’s evening adult learning program.

Among his pursuits, Tauer founded, along with his wife Kate, The Kate and Paul Tauer Scholarship at the Community College of Aurora. In 2004, the couple was awarded the National Excellence in Parenting Award presented by the National Parents’ Day Council. At that time, they were parents of eight children and 13 grandchildren.