Home » World News » ‘Pedo pastor cowboy, 55, raped three teen girls while they were staying at his house and training for rodeo’ – The Sun

AN alleged pedo pastor is accused of raping three young girls, who were staying at his home to train for the rodeo, cops say.

Roy Shoop, 55, was arrested in Oklahoma on Wednesday for allegedly molesting three young girls, aged 15, 13, and 12. 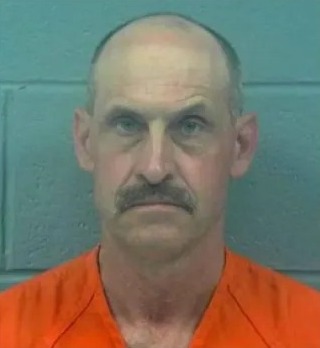 The pastor at Cowboy Gatherin’ Church, Shoop is accused of inappropriately touching his victims as he trained them for rodeo events in the area.

One of the victims told detectives how Shoop would grope her during her horse riding training at his Inola home, according to court documents cited by Tulsa World.

"These events took place while [the victim] was staying at the Shoop’s residence where she was being instructed on barrel racing with her new horse her father had purchased from Roy and Diana Shoop," police said.

One girl said the alleged abuse took place in in October 2018, while another said it occurred for a year from April 2018.

In the affidavit, authorities noted the three victims were unrelated to each other and it's possible the suspected perve has abused more minors.

He was arrested on two charges of rape by instrumentation and six counts of lewd or indecent proposals related to the alleged molestation of the three minors.

Shoop was booked into Rogers County Jail after his arrest.

But the cowboy-turned-pastor was released after he posted a $300,000 bond.