All signs point to a cooled off homebuying season before going into summer.

Pending home sales, a leading indicator of the health of the housing market, declined for the sixth straight month in April. The number of homes under contract to be sold edged down 3.9% from March, according to the National Association of Realtors’ (NAR), a larger decline than the 1.5% drop expected in the consensus outlook from Econoday.

The news follows a drop in both new and existing home sales, which showed housing activity had slowed for the past months as rising borrowing rates price out would-be homebuyers

“Pending contracts are telling as they better reflect the timelier impact from higher mortgage rates than do closings,” said Lawrence Yun, NAR’s chief economist in a press statement. “The latest contract signings … are at the slowest pace in nearly a decade.”

Contract signings were down 9.1% year over year with all four regions declining for the eleventh consecutive month. Only the Midwest recorded a month-over-month increase in activity.

While the total number of unsold existing homes rose to 1.03 million units by the end of April, inventory sits at 2.2 months supply, or 10.4% lower than a year ago. A balanced market is 6 months supply.

High borrowing costs are also keeping homeowners from selling and trading up, many growing more reluctant to give up their current ultra-low mortgage rate for a higher monthly payment. As a result, buyers continue to face a shortage of properties within their price-range.

“The vast majority of homeowners are enjoying huge wealth gains and are not under financial stress with their home as a result of having locked into historically low interest rates, or because they are not carrying a mortgage,” Yun said. 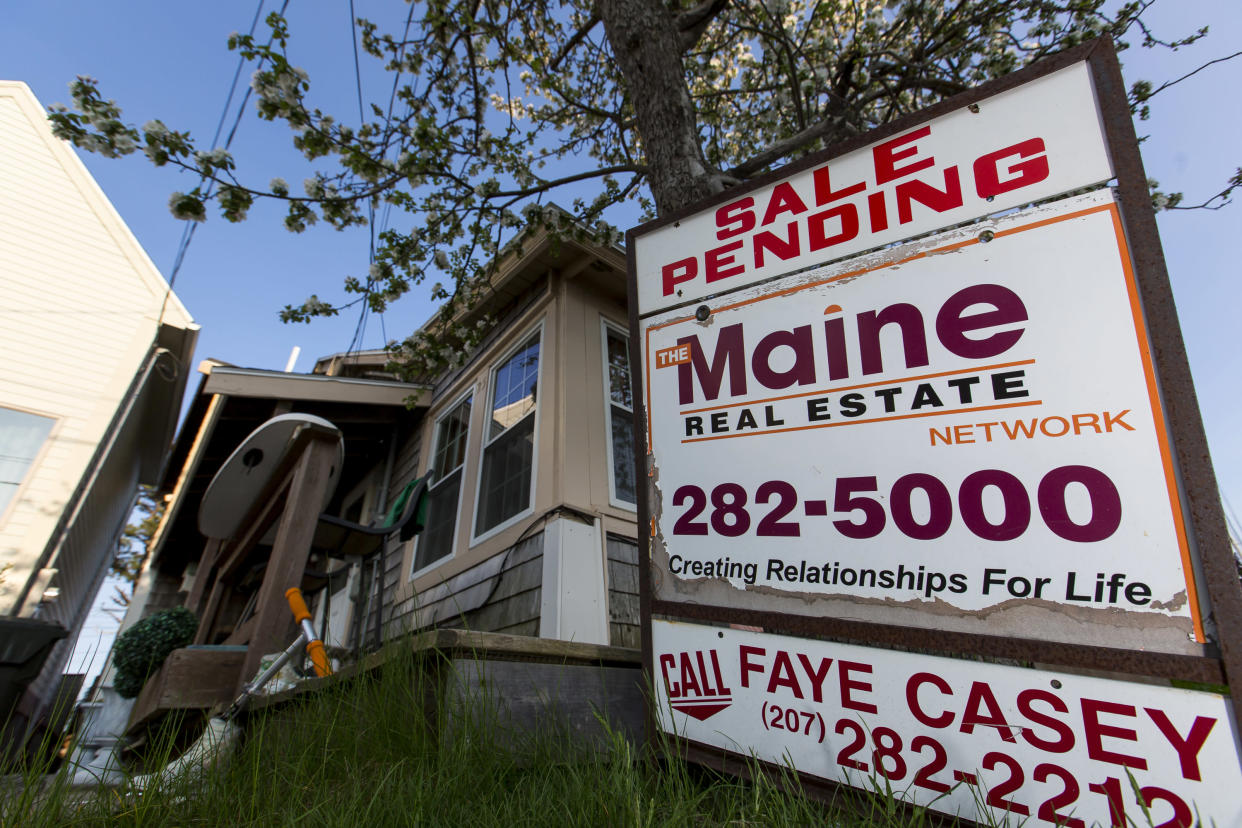 A lack of inventory is propping up home prices, squeezing potential buyers who are also seeing their budgets shrink with rapid rent growth and inflation at 40-year highs.

“Inventory is a key component of housing market conditions, and the limited availability of homes for sale has been adding to upward pressure on prices, delaying some purchase activity,” MBA’s vice president of economic and industry forecasting, Joel Kan, said in a press statement. “…Steep home-price appreciation was particularly impactful on first-time buyers, who have seen their share of home sales decrease to 28% compared to 31% a year ago.”

The median existing-home price for all housing types rose to a new record in April at $391,000, up 14.8% from the year before. Add in rising mortgage rates — which remain about 2 percentage points higher than at the start of the year — and monthly payments are as much as $500 higher a month versus a year ago.

Already, the housing market has begun to see signs of cooling demand. Sales for existing homes and new homes have dropped for several consecutive months. According to Fannie Mae, housing confidence sits at a two-year low, as potential buyers expect further rate hikes this year.

But that won’t keep prices from going up, according to Yun, who expects home appreciation to level off at 5% by year’s end with existing-home sales dropping by 9% in 2022.

“Home prices in the meantime appear in no danger of any meaningful decline,” said Yun. “There is an ongoing housing shortage, and property listed homes are still selling swiftly – generally seeing a contract signed within a month.”