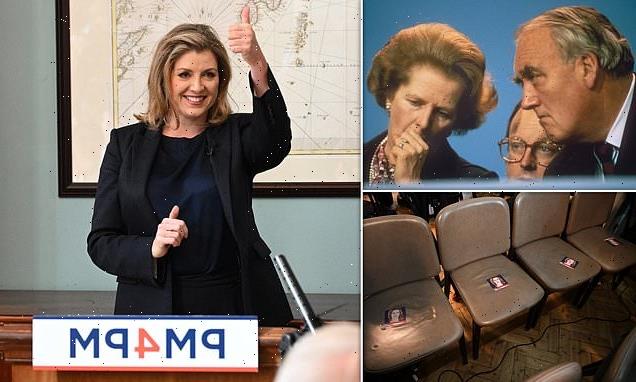 ‘Margaret Thatcher said every PM needs a Willie – well a woman like me doesn’t have one’: Penny Mordaunt targets trans row as she launches Tory leadership bid (with pictures of her face on chairs) and denies being ‘Theresa May with bigger hair’

Penny Mordaunt waded into the trans right row today as she launched her Tory leadership campaign by saying women cannot have penises.

The trade minister spoke out as she sought to beat back criticism from her rivals over previous comments in favour of trans rights.

They have attacked her for previously saying ‘trans men are men and trans women are women’.

At a packed campaign launch in Westminster – where seats were adorned with fliers bearing her face, the 49-year-old referenced her background as a Royal Navy reservist as she vowed to return to traditional Conservative values of ‘low tax, small state and personal responsibility’.

She also tried to woo MPs by offering them ‘social capital pots’ to spend in their constituencies.

But it was her attempts to outflank rivals aiming to make the culture war a key battleground that won her the loudest applause.

‘I think it was Margaret Thatcher who said ”Every prime minister needs a Willie”. A woman like me doesn’t have one,’ she said. 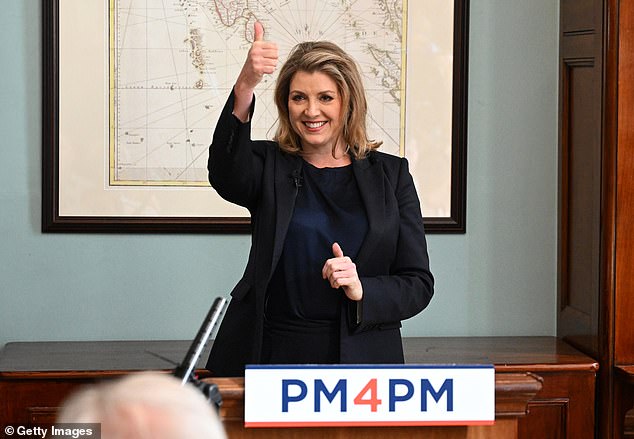 The trade minister spoke out as she sought to beat back criticism from her rivals over previous comments in favour of trans rights in a race to replace Boris Johnson lurching further and further to the right. 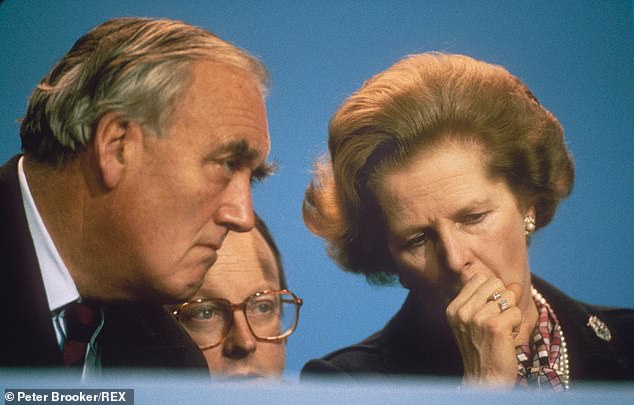 Asked about her rivals attempts to make the culture war a key battleground, she won loud applause as she said: ‘I think it was Margaret Thatcher who said ”Every prime minister needs a Willie (Whitelaw, above left)”. A woman like me doesn’t have one.’ 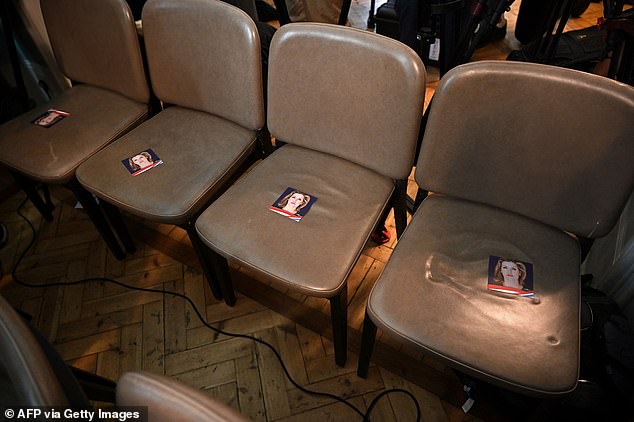 The double entendre comment was first made by Mrs Thatcher about her loyal supporter, William Whitelaw. A former Tory leadership contender he served her loyally as deputy PM until handed a peerage in 1983. He died in 1999 aged 81.

At the launch event, which was packed out with supporters and journalists, Ms Mordaunt pledged to deliver a ‘relentless focus’ on cost-of-living issues, cutting fuel duty and raising tax thresholds.

She said she would fix a ‘broken’ Whitehall machine through the ‘white heat of modernisation’ with a ‘tighter’ cabinet.

She brushed off claims that she was less well-known than other candidates, saying ‘I am the candidate that Labour fear the most’.

Ms Mordaunt said that her key economic policy would be that debt as a percentage of GDP would fall ‘over time’.

At her launch event, the trade minister said the Government supply side reforms would yield a ‘Brexit dividend’ on investment, infrastructure and innovation.

She promised to put ‘power back into the hands of parents’ through personal budgets which allow every child access to their entitlement to subsidised child care at any time prior to them starting school.

Ms Mordaunt said she stood by the Conservative manifesto commitment to spend 2 per cent of GDP on defence but would also create a new civil defence force to supplement the military.

On Boris Johnson, she said the Prime Minister deserved praise for delivering Brexit.

‘I am very different from Boris Johnson but we are still on the same manifesto, and I think we both believe in the same things.’