Linda Banahan, 64 from Farndon, Cheshire, wrote to her MP Antoinette Sandbach via the local Conservative association accusing her of treachery after she backed rebel amendments in the House of Commons over the Government’s Brexit plans. 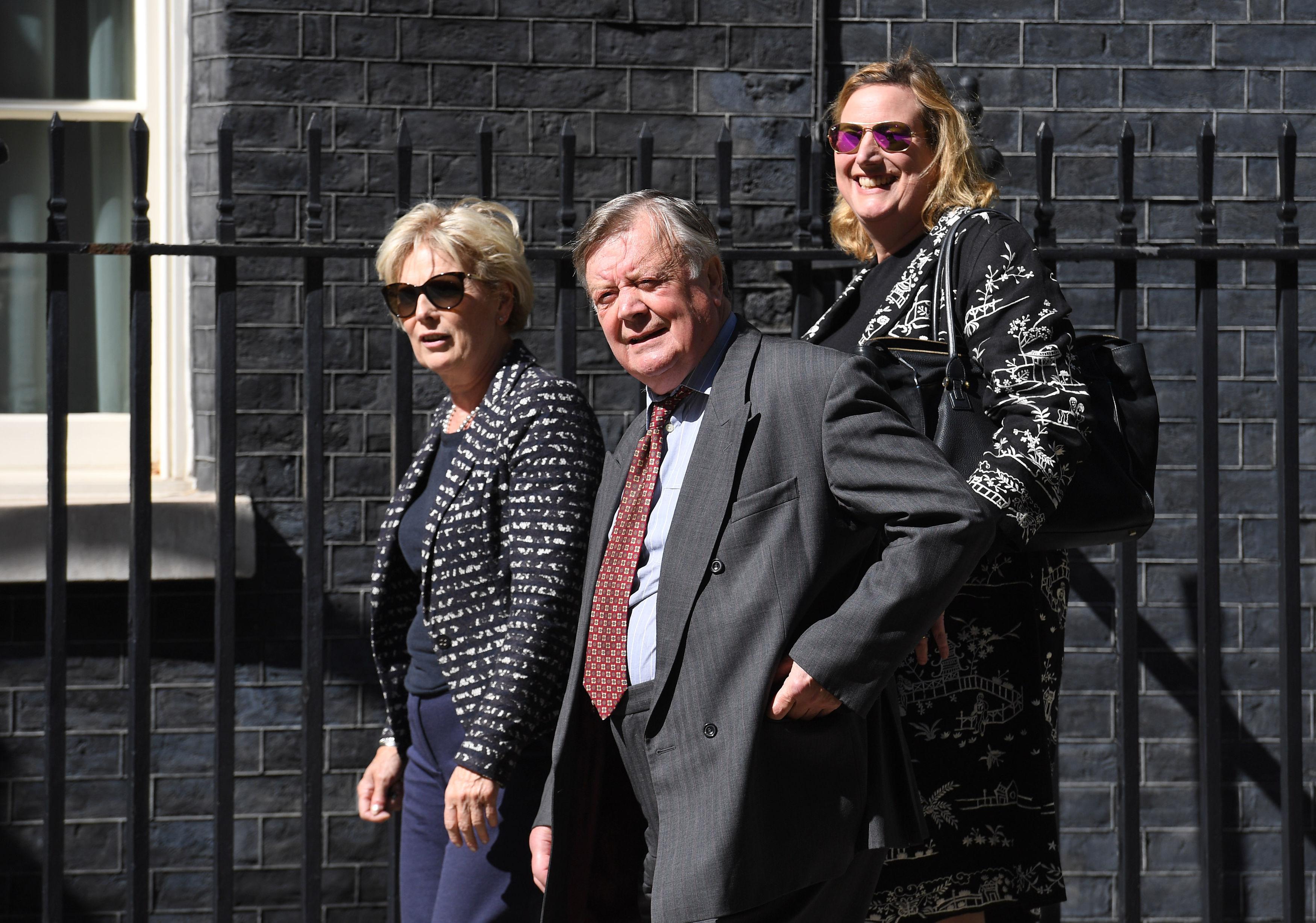 The retired careers adviser copied the 49-year-old Tory MP in on an email which said she could no longer vote for her due to her lack of loyalty to the Prime Minister Theresa May and the Conservative party, the Daily Mail reports.

But Ms Sandbach gave a “heavy-handed” reply saying she had passed the message to police, leaving the pensioner suffering from anxiety and high blood pressure.

Mrs Banahan has now hit back saying her MP was bullying her and “seeking to shut down freedom of speech by reporting emails she does not like to the police.”

She told the Mail: “I was frightened that I might have the police knocking at the door.”

She added: “Here I’ve got an MP who is bullying people when they contact her legitimately. She has threatened to have the police come round.

“Isn’t it right, as their elected MP, Antoinette Sandbach should be ready to be held accountable for her voting behaviour without so easily taking offence and responding so heavy-handedly?”

Ms Sandbach, who joined the House in 2015, was one of 11 Tory MPs who defied the party in December and joined Labour for an amendment giving Parliament the power to send the Prime Minister back to the negotiating table if MPs reject the final agreement.

Mrs Banahan then wrote to her Conservative association in Eddisbury, Cheshire to make her feelings known. 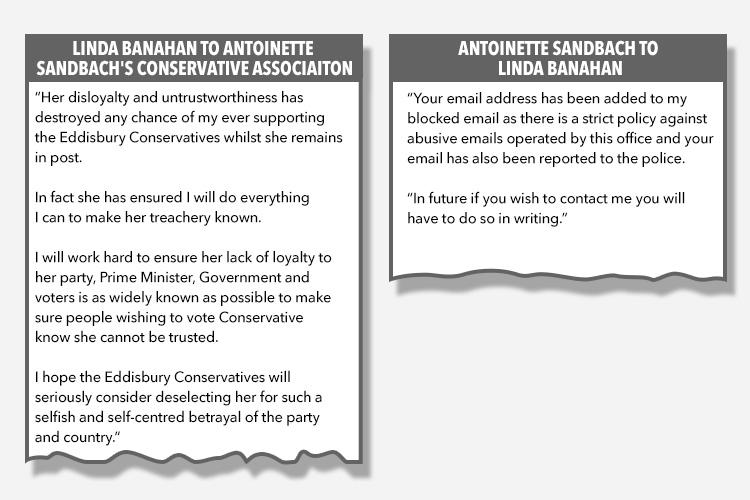 She wrote: “Her disloyalty and untrustworthiness has destroyed any chance of my ever supporting the Eddisbury Conservatives whilst she remains in post.

“In fact she has ensured I will do everything I can to make her treachery known.

“I will work hard to ensure her lack of loyalty to her party, Prime Minister, Government and voters is as widely known as possible to make sure people wishing to vote Conservative know she cannot be trusted.

“I hope the Eddisbury Conservatives will seriously consider deselecting her for such a selfish and self-centred betrayal of the party and country.”

But Miss Sandbach thought the email was “abusive”.

In reply she wrote: “Your email address has been added to my blocked email as there is a strict policy against abusive emails operated by this office and your email has also been reported to the police.

“In future if you wish to contact me you will have to do so in writing.”

The Sun Online has contacted Ms Sandbach for comment.

Cheshire Police said they were not investigating the email.