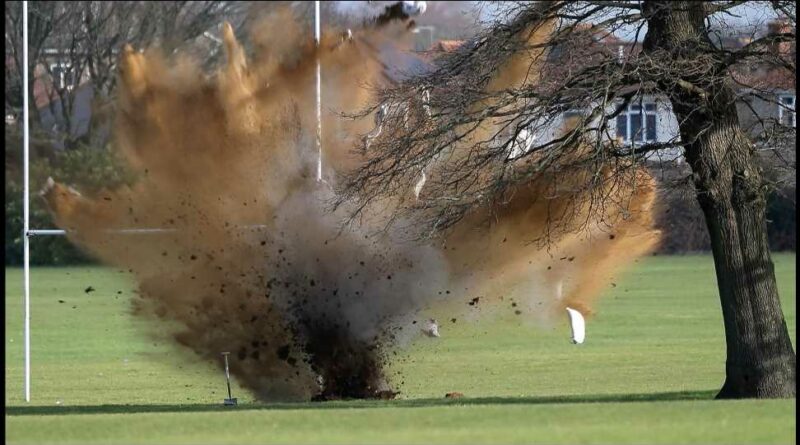 A PENSIONER played catch with his grandchildren using a live GRENADE that had sat in his garage for 35 years.

The deadly World War Two bomb was gathering dust next to jars of weed killer at Sam Palmer's home in Bournemouth, Dorset. 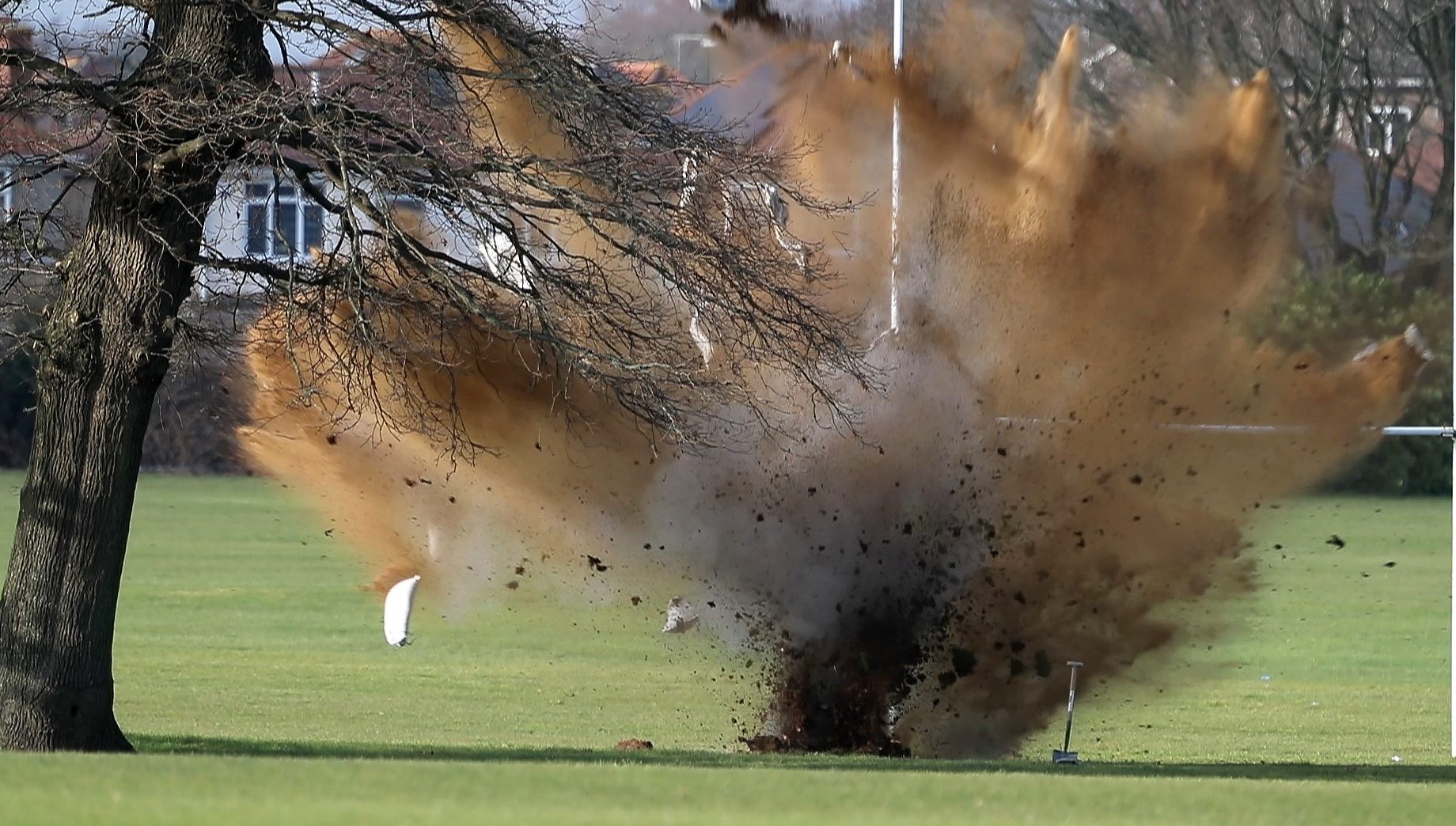 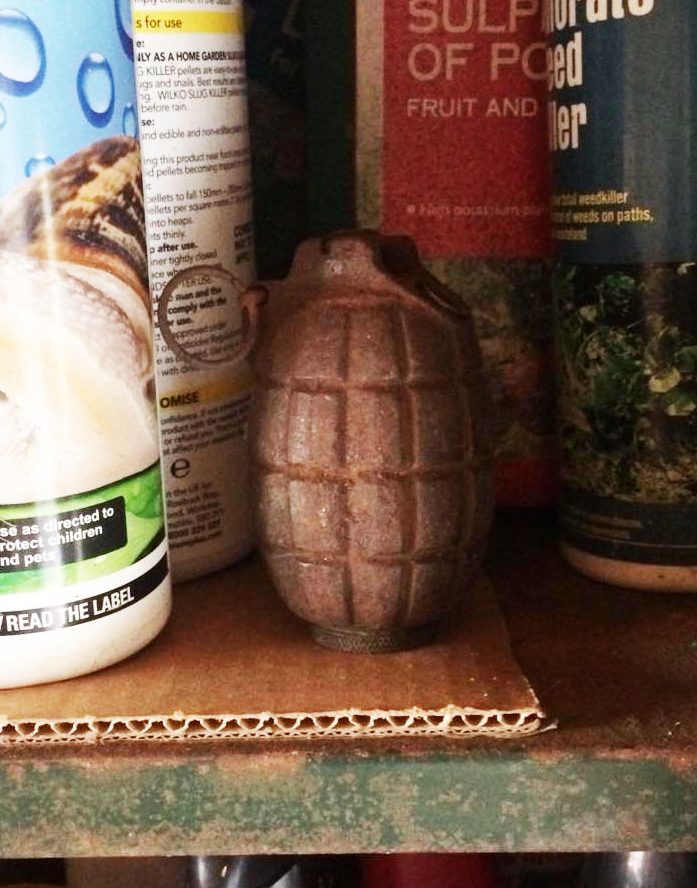 Mr Palmer – who passed away two years ago – always believed it to be a dud device and used it in games with his now grown-up grandchildren.

And it wasn't until Mr Palmer's sons Stuart and Graham were clearing out the house of their late parents this week that the danger was realised.

Although the grenade still had its pin in they had assumed it was a dummy device.

But after Stuart, 26, picked it up and felt the weight of it they suspected it may still be active.

A call to 999 sparked an emergency response from the Army's bomb disposal unit – with experts confirming the 75-year-old grenade had a live detonator still in it.

They carefully wrapped it in duct tape to secure the pin and removed it from the property.

It was then taken to a nearby school playing field that had been cordoned off and a controlled explosion was carried out.

The force of the blast blew sandbags and debris across the field.

A loud bang could be heard in the surrounding area and residents described their homes "shaking".

Mr Palmer, an art teacher, said the grenade had belonged to another relative who collected World War Two memorabilia before passing into the hands of his parents 35 years ago.

He said: "My father Sam passed away two years ago and my mother Ann died a couple of weeks ago, so me and my siblings started to clear the house.

"We were going through the garage. We knew there was a hand grenade in there but we always assumed it was a dummy.

"My brother and I picked it up and thought it seemed quite heavy so we called the police to be cautious.

"We had no idea it was a ticking time bomb!

"It was all quite a shock because it's been in that house for 35 years and another relative who collected war memorabilia had it before that."

Linda Palmer, 54, Stuart's sister, said her now grown up children used to throw the live grenade around the garden and play catch with it as they were convinced it was a toy.

The PE teacher said her children, Thomas, now aged 33, Jessica, 21 and Gemma, 20, were "shell shocked" to discover the truth about the weapon.

She said: "My dad (Sam) would play catch with the grenade with the children and they would lob it around to do trench reenactments when they were studying World War One history at school.

"We were convinced it was a dummy, when we found out the truth we were all shell-shocked.

"There's even a photo of my son Thomas holding it in the house.

"My father did national service so we just presumed he'd know if it was the real thing or not.

"We couldn't believe it."

Dorset Police and the Army bomb disposal team were called to the address at about 10.45am on Wednesday.

The explosion was carried out just after 2pm.

A Dorset Police spokesperson said: "We received reports a World War Two hand grenade had been found by a member of the public while clearing out a relative's garage.

"The Army's bomb disposal team was then called and the grenade was securely taken to the centre of the field and detonated." 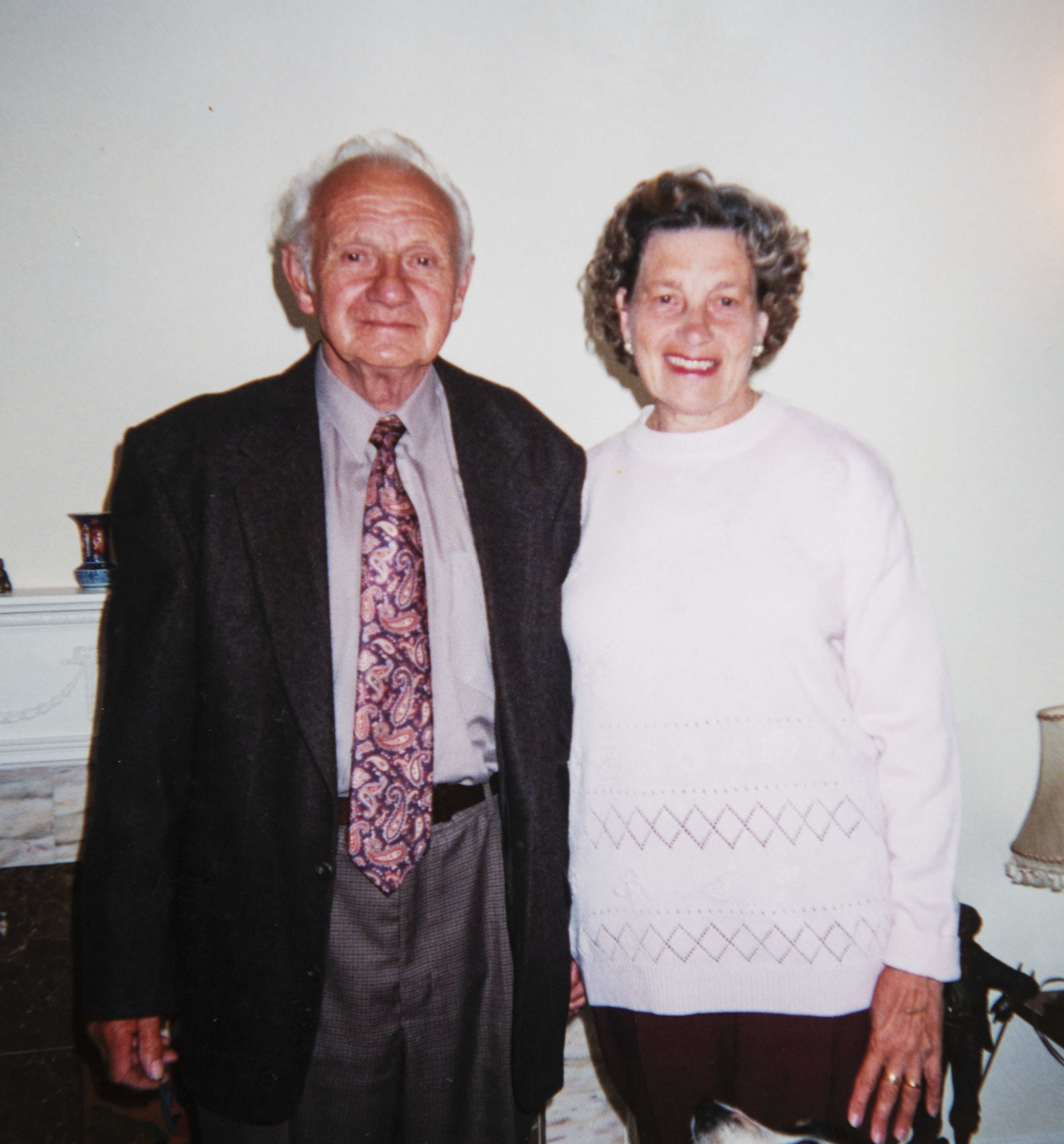 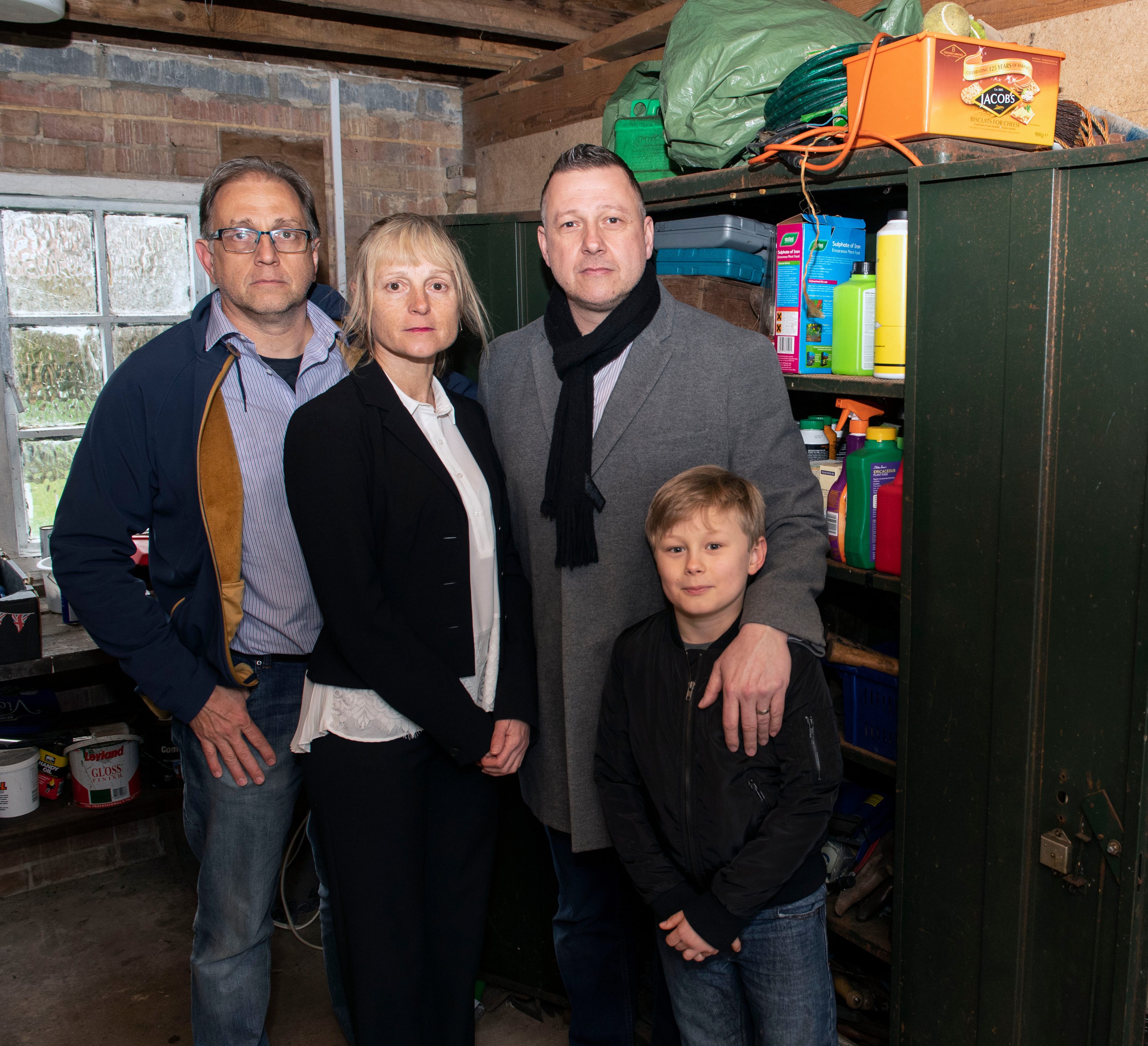 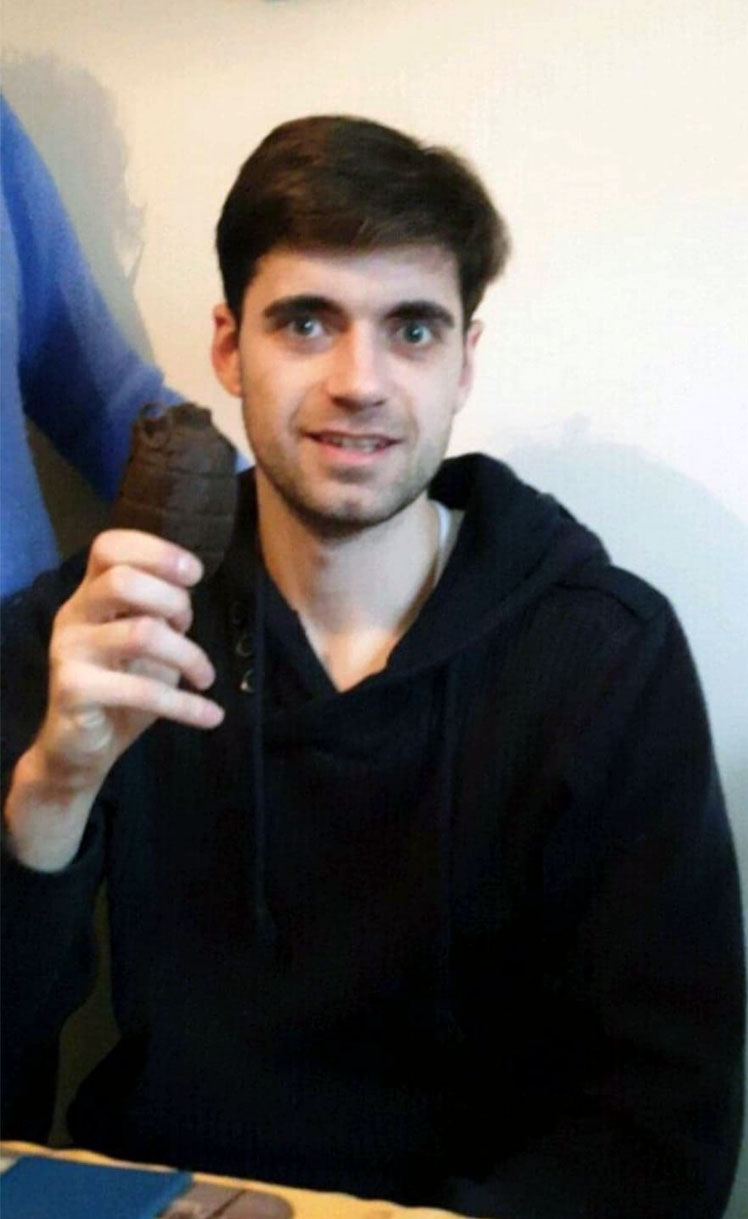 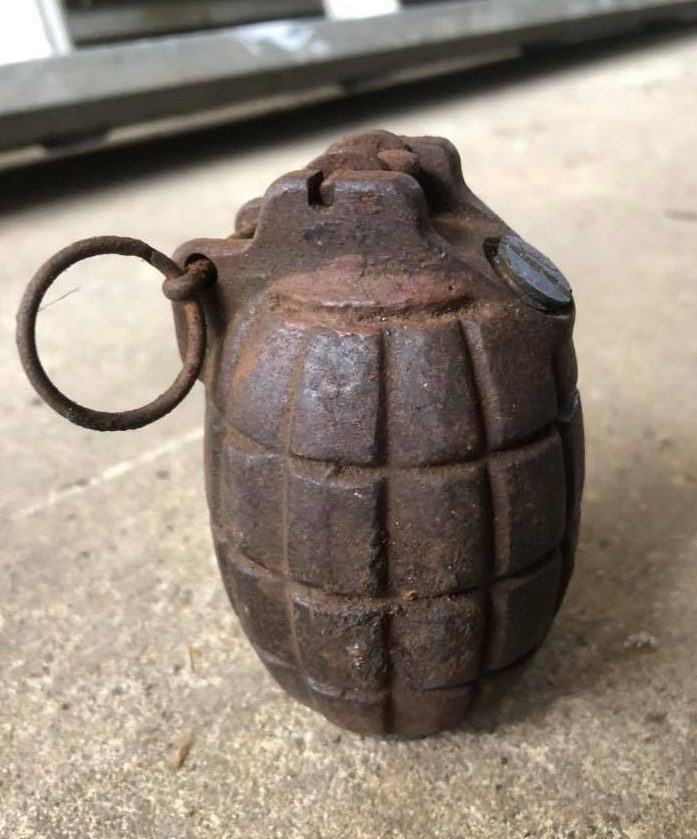 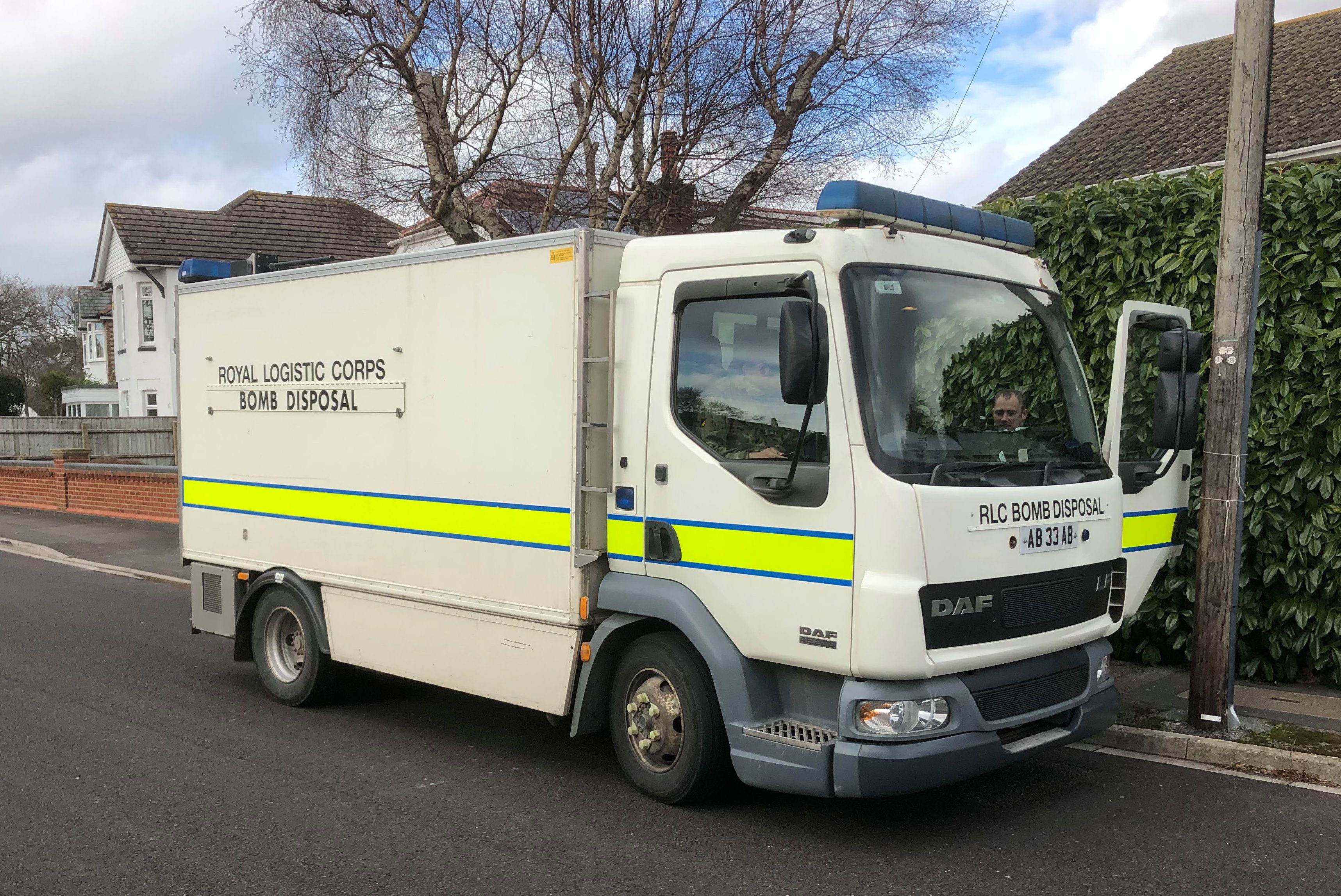