A grandmother fell backwards and hit her partner when she tried to carry her grandson on a moving escalator at a shopping mall in central China.

CCTV footage captured the grandparents and a one-year-old boy tumbling on an upward escalator before onlookers stop the machinery and rushed to help them.

The trio were found to have minor scratches and treated by shopping mall staff later. 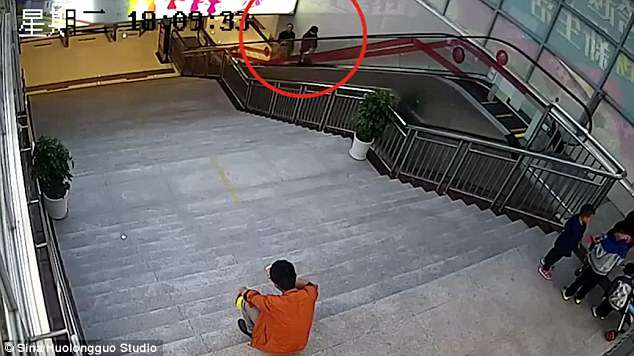 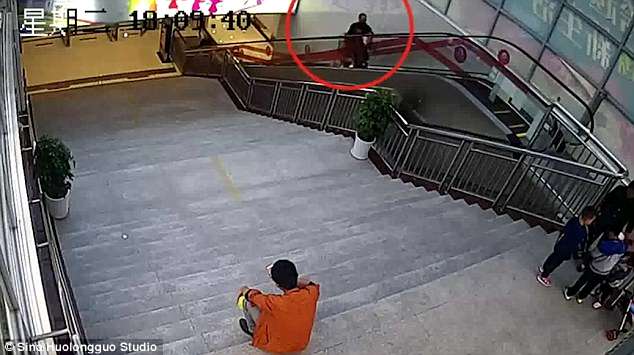 The incident happened at a shopping mall in Shiyan, Hubei Province on April 24, reported The Paper.

The clip shows an elderly woman standing behind her grandson as her husband holding a pram at the back while the three of them take an escalator.

The grandmother lost her balance when she picked up her toddler grandson.

The pair fell backwards and hit on the grandfather. They tumbled on the moving stairs for awhile before nearby onlookers rushed to lift them up.

A passing-by shopkeeper pressed onto an emergency button and stopped the escalator. 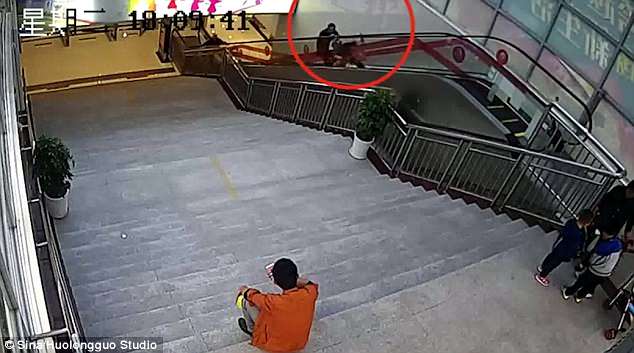 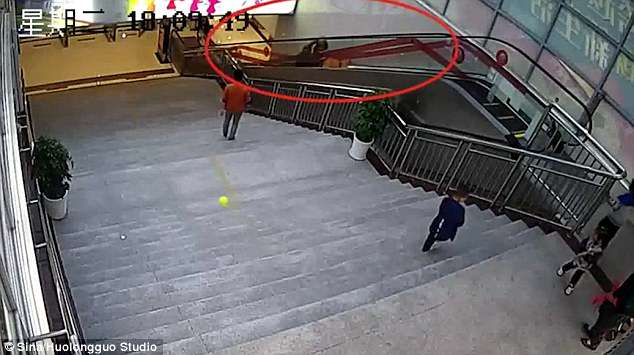 The group has minor scratches on their arms and legs and was treated at the shopping mall by the staff.

Shoppers and commuters are often reminded to be careful and hold onto handrials while using escalators.

Last Monday, a woman was knocked over by a suitcase while standing on a downward escalator at a subway station in Shenzhen, China.

She was sent flying and hitting the stairs headfirst when she was looking at her phones and not holding onto the handrails.