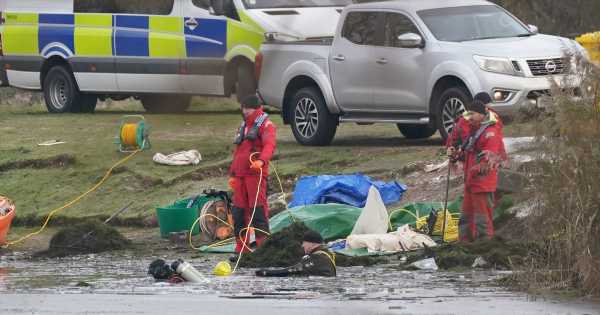 Alleged footage showing the horrifying frozen lake tragedy in Solihull has sparked outrage, with clips filmed from a block of flats said to have shown the youngsters screaming for help.

Clips of the tragic event that saw three boys aged eight, 10, and 11 pass away is said to have surfaced online, with people accused of filming the youngsters screaming for help.

Rescuers had smashed through the ice in a desperate bid to save the youngsters, with three tragically passing away and one boy, six, still fighting for his life in hospital, CoventryLive reported.

Although a police cordon remains in place in the area, horrifying video footage of the event has since emerged online.

Reports from the area around the Solihull ice tragedy are said to have snapped footage of the youngsters falling through the ice and screaming for help.

Certain members of the public in the flats opposite Babbs Mill Park are said to have recorded the incident, footage of which has left the families of the victims "absolutely mortified".

One community source said the relatives have been left "very angry" by the footage.

They said: "They're absolutely mortified. Very angry. It looks like footage has made it directly to the papers. It's not gone down well at all."

Detectives have issued a statement regarding the footage, asking members of the public to not share footage and to instead share it with police.

Their statement read: "We understand how distressing this is for the families and the wider community. We would ask people to not speculate or share any video footage at this stage."

Superintendent Richard Harris has said West Midlands Police representatives would remain at the scene for as long as was needed.

Superintendent Harris added: "We are supporting the families. We have specialist trained officers to offer as much support as we possibly can. We have also linked in with local schools which the children attended in this area."