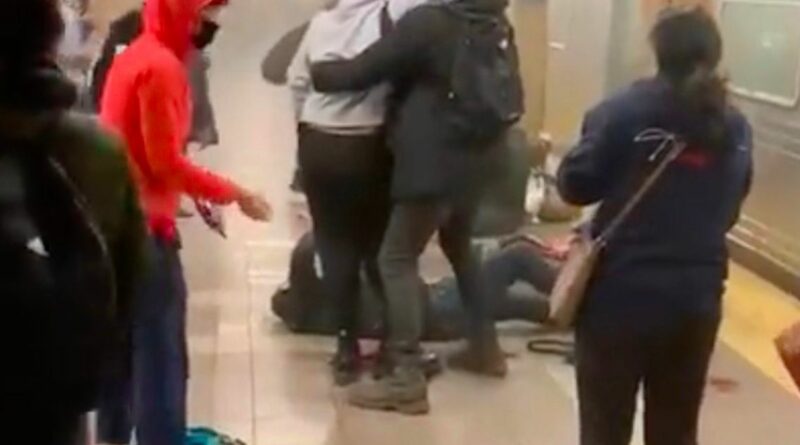 The New York City Police Department have announced a 'person of interest' as they continue their search after the city was rocked by a terrifying attack.

Cops began a huge manhunt on Tuesday (April 12) morning after a gunman set off a smoke bomb and opened fire in a train carriage on a New York subway during rush-hour.

At least 28 people were injured, including 10 with gunshot wounds.. Firefighters found bloodied bodies and undetonated devices while responding to reports of smoke at the 36th Street station in Sunset Park, Brooklyn.

The suspect reportedly jumped on the train tracks and fled after unleashing the attack, resulting in an amber alert being issued for the entire city.

The NYPD have now named Frank James as a 'person of interest' following the incident, and have released two photographs in a public appeal.

He was described by witnesses as a dark-skinned man who was wearing an orange construction vest and a gasmask during the incident. The man was said to be at least 5ft 5ins tall and weighed roughly 170lb (12 stone)

A tweet from the force read: "We have no one in custody. We are looking for Frank James. We know Mr. James rented that van in Philadelphia. The keys to the U-Haul were found in the subway"

Chief Essig from NYPD added that James had known addresses in Philadelphia and Wisconsin, and was 62 years old.

Photos from the scene shows bodies strewn along the platform and smoke emanating from a subway carriage.

The bystander video shows people lying on the floor amid what appeared to be small puddles of blood, as a loudspeaker announcement instructed everyone to get on a train.

This is a breaking news story and is being constantly updated. Please refresh the page regularly with the latest news, pictures and videos.

You can also get email updates on the day’s biggest stories straight to your inbox by signing up for our newsletters .

Get all the very best headlines, pictures, opinion and video on the stories that matter to you by following Daily Star every time you see our name.

Keep up-to-date with your must-see news, features, videos and pictures throughout the day by following us on Facebook at facebook.com/thedailystar