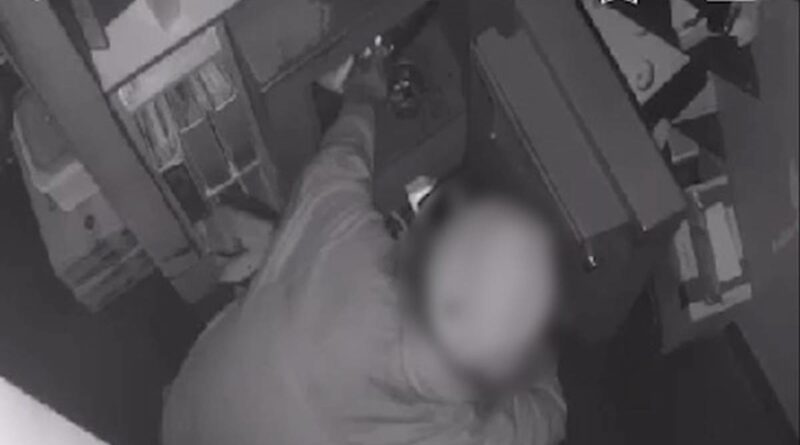 A staff member employed by a historic Auckland pub and restaurant business through Work and Income allegedly broke into its safe and took off with about $12,000.

A person was seen on CCTV and the footage has now been passed to police.

Police say they are investigating a theft complaint at a premise in the CBD which was reported on Tuesday.

“A sum of money was reported stolen,” a police spokesman said.

“Inquiries are in their early stages and police are not in a position to comment further at this time.”

Sunny Kaushal, owner of Shakespeare Tavern, said he was taking his first day off from work in months when the alleged incident happened.

“I was stunned to say the least, because if you can’t place your trust on your own staff at some stage, how else can we run the business,” Kaushal said.

From the CCTV footage, a staff member was seen drinking with colleagues the night before the alleged incident.

Early on Tuesday morning, the staff member was allegedly seen walking into the office where the safe was, opening it and allegedly taking what appeared to be stacks of notes.

“We offered him a job, provided him accommodation, fed him with our food, gave him all the respect and support, and it appears this is the reward we get,” he said.

Kaushal, who bought the business in 2017, said he hadn’t had much problems with staff until the border closures due to the Covid-19 pandemic.

Without migrant workers and international students, Kaushal turned to Work and Income to fill vacancies, but said even before this the result has been “one nightmare after another”.

Kaushal said hospitality businesses are in a dire situation when it comes to staffing, because some don’t appear genuine about wanting to work.

“With our staffing shortage, I have been working seven days for the past few months,” he said.

“After last weekend, I thought I would give myself a day off just as a treat and leaving the operations to my staff for a day.”

Kaushal said the money allegedly taken included the entire weekend’s takings – which were supposed to be banked that day – and the cash float for three tills at the bar and restaurant.

Pre-pandemic, the Kiwi hospitality industry was made up of between 25-30 per cent of migrant workers.

According to figures released by the Restaurant Association, this now sits at around 25 per cent and the industry is facing shortages of chefs, bartenders, waiters, kitchen hands and maitres de maison.

The association was running a campaign calling on the Government to provide urgent visa extensions for work visa holders already here and allow border exceptions for critical workers in hospitality where there is a proven need.