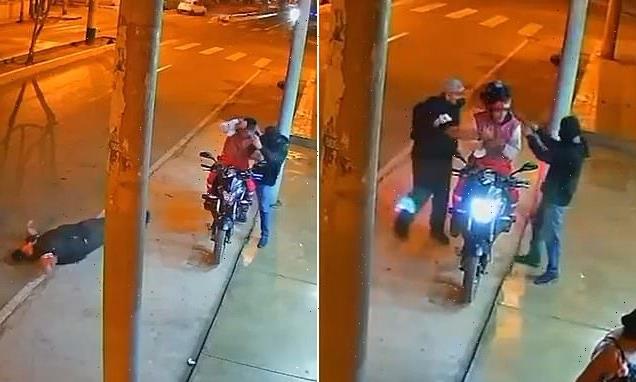 This is the gruesome moment a robbery suspect was shot dead by his accomplice as they attempted to rob a delivery worker’s motorcycle in Peru.

The online food delivery man was about to leave a market when he was suddenly ambushed by Roberto Arturo Bazalar Meza, 27, and his unidentified accomplice Monday night in the city of Huacho.

A surveillance camera showed the Balazar Meza being struck by single shot to the head. He declared dead at the scene.

Bazalar Meza had been arrested February 19 for allegedly stealing a motorcycle. 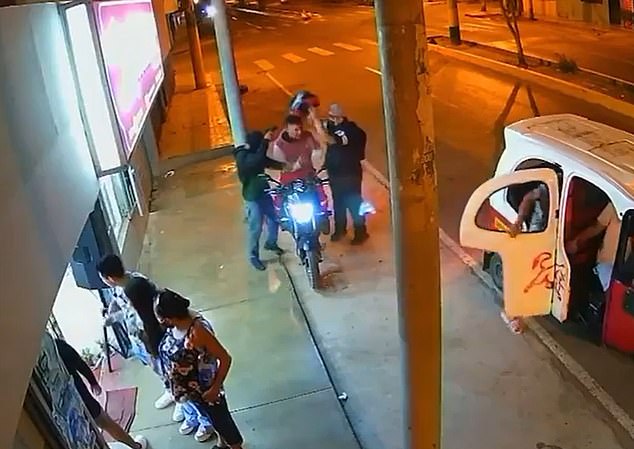 Roberto Arturo Bazalar Meza (right) and his accomplice (left) approach an online delivery worker (center) moments before his associate shot him dead by mistake Monday night in Peru. Bazalar Meza, who reportedly was also a food delivery worker, was struck by a single shot to the head and was declared dead at the scene. The gunman remained at large as of Wednesday 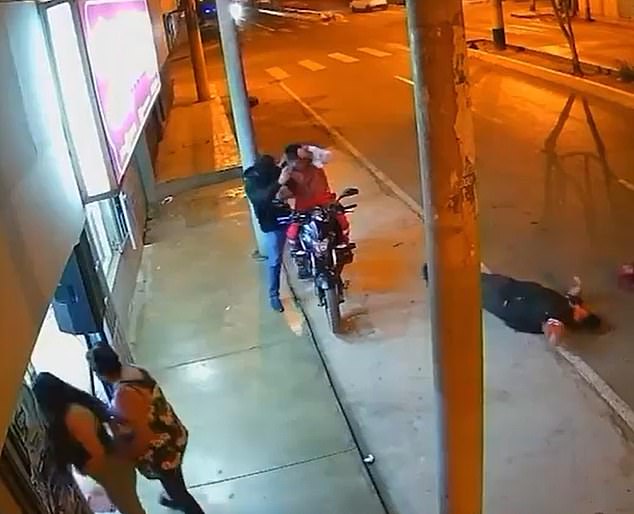 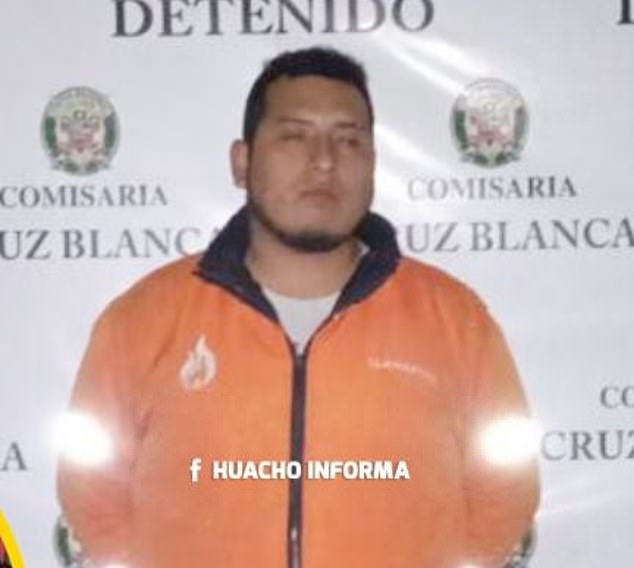 Bazalar Meza and his associate were seen on camera walking up to the worker, who had his back turned towards them.

Bazalar Meza grabbed the biker’s helmet as his accomplice threatened the victim with a gun.

The robbery victim appeared to turn off the ignition switch when Bazalar Meza and his accomplice both reached for the key. 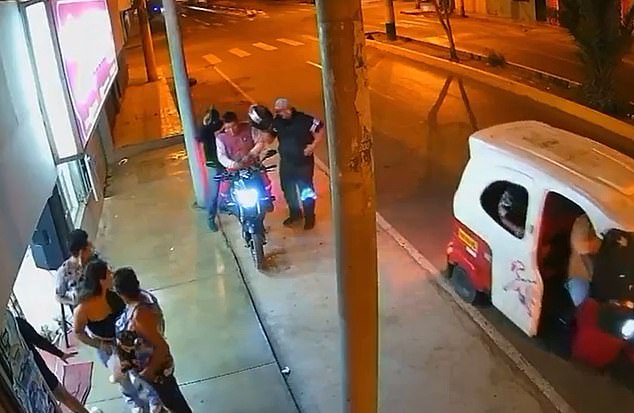 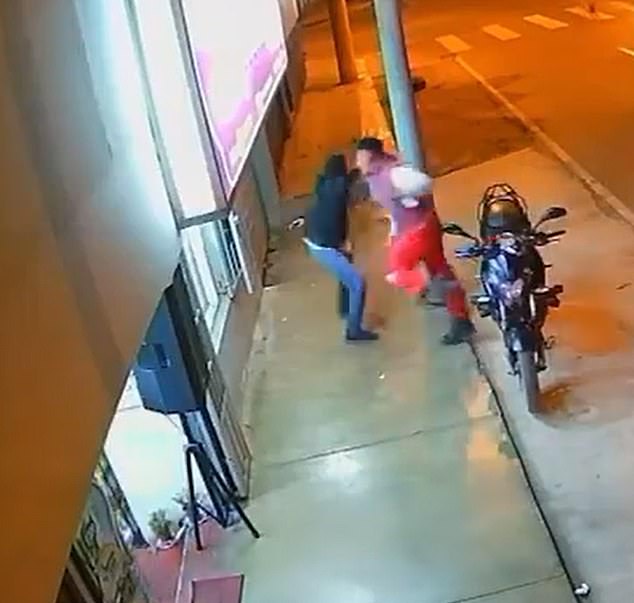 The motorcycle delivery worker attempted to apprehended the gunman moments after shooting his 27-year-old accomplice, Roberto Arturo Bazalar Meza, after he shot him in the head by mistake as they tried to rob the robbery victim’s motorcycle

Subsequently, the delivery man reached for the ignition switch and sparked a struggle when the gunman fired the fatal shot that sent Bazalar Meza crashing to the sidewalk pavement.

The shooter was startled by his grave mistake and was nearly apprehended by the delivery man before he took off running.

The accomplice remained at large as of Wednesday.