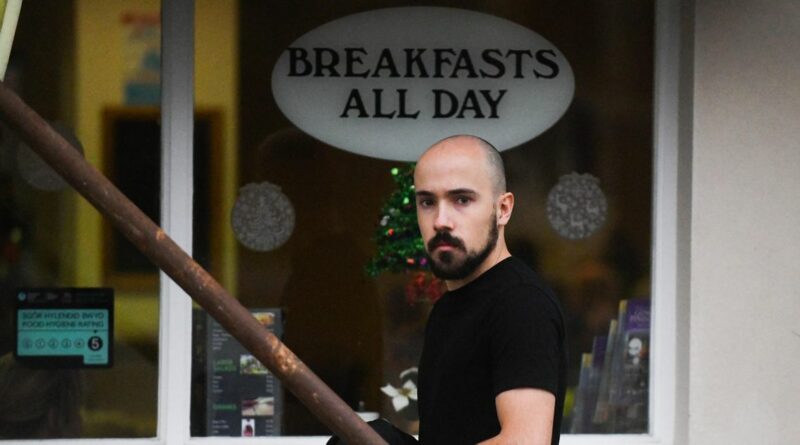 Mark Williams, Carmarthen in Wales, claimed he had been performing a sex act on a sex toy he found in a pub, the court heard.

The child, who witnessed the act, was so “disgusted” by what was happening that she took a photo of the man on her phone before alerting the train guard in December last year.

The defendant was found in possession of a sex toy but the court heard "the colour and shape" of it did not match what was shown in the snap taken by the girl.

Williams, who has changed his name from Osian Winters since his last conviction, has a long history of sexual offences involving children, and of committing sex acts in public.

Swansea Crown Court heard how in the latest incident that Williams had left the train but was caught on CCTV and identified by a police officer who knows him.

Williams, of Lammas Street, had previously pleaded guilty to outraging public decency when he appeared in the dock for sentencing.

He has 13 previous convictions for 26 offences, 15 of which are of a sexual nature.

In 2016, he was made the subject of sexual harm prevention order after being convicted of six counts of causing or inciting a girl under 16 to engage in sexual activity and two counts of possessing indecent images.

For all the latest Daily Star news, sign up for one of our free newsletters here.

In September 2018, Williams was given a community order after being caught on CCTV pleasuring himself while looking at mannequins in the window of Topshop in Carmarthen town centre.

Judge Catherine Richards said children should be safe using public transport, and parents should be able to feel their children are safe in such an environment.

Williams was sentenced to 18 months in prison.

He must serve up to half that period in custody before being released on licence to serve the remainder in the community.

Williams was also made the subject of a 10-year sexual harm prevention order designed to control his behaviour.