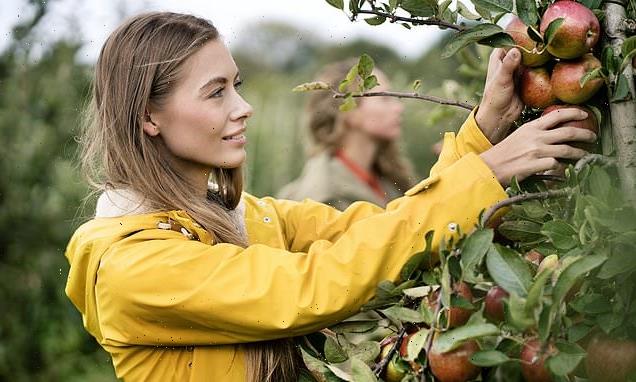 Apple farmers fear a trade deal with Australia that allows their farmers’ crops to be treated with banned pesticides could ruin their livelihoods.

Australia signed the agreement in December and hopes to triple its apple exports to the UK.

But health campaigners say the country allows the use of 33 hazardous organophosphates in agriculture – compared with four in the UK – and that an influx of ‘cheaper’ and ‘sub-standard’ produce may threaten British orchards.

Barny Butterfield, of Sandford Orchards in Devon, said: ‘Imported products sold as equivalent but produced to lower and dangerous standards will chill the price the British farmer can achieve and undermine the fruit market. 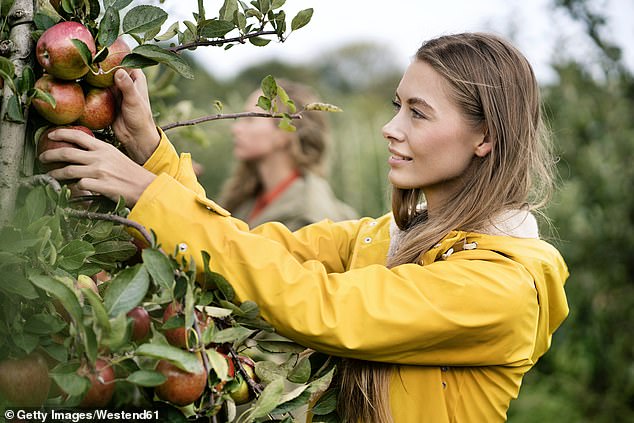 Above: Stock image of a girl in an orchard. Barny Butterfield, of Sandford Orchards in Devon, said: ‘Imported products sold as equivalent but produced to lower and dangerous standards will chill the price the British farmer can achieve and undermine the fruit market.

‘It will also rightly cause a loss of confidence from the consumer that what they are buying is safe.’

The Government’s own impact assessment shows the post-Brexit trade deal with Australia will result in a £94 million hit to local agriculture, forestry and fishing.

Much of the initial anger over the deal focused on the removal of tariffs and quotas on imports of Australian beef and lamb, but Pesticide Action Network UK says the same risk extends to apples as Australia hopes to triple its share of the British market to 15 per cent.

‘These tariffs pose an economic threat to the future of UK agriculture,’ said the campaign group’s Josie Cohen. ‘They threaten to undercut British farmers with a flood of imported crops grown more cheaply on a larger scale and to lower standards.’

Chlorpyrifos, an insecticide used against spiders and beetles, has been linked to developmental and behavioural problems in children and is banned in the UK, US and EU.

Australia does ban its use in areas where children or pregnant women could come into contact with it, but it is allowed on farms. 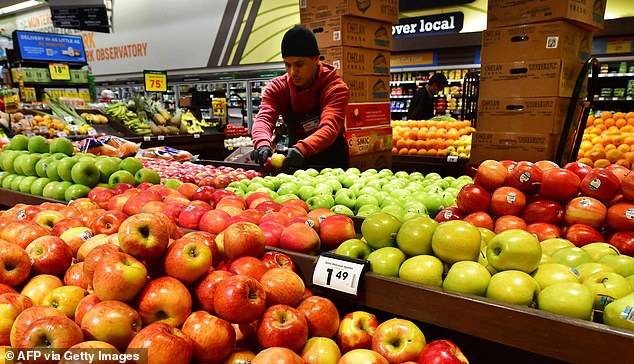 Barny Butterfield: ‘It will also rightly cause a loss of confidence from the consumer that what they are buying is safe’

Current UK legislation does not permit food with detectable levels of chlorpyrifos to be sold, but campaigners believe such small quantities of imports are tested that if more Australian apples are eaten by British consumers, there is a greater potential risk to health.

The pesticide malathion is used worldwide, including in the UK, and while toxic, it is safe in low levels. But campaigners say Australian apples contain 100 times more of it than those in UK orchards.

A report by the independent Trade and Agriculture Commission said last week: ‘The FTA (free trade agreement) is likely to lead to increased imports of products that have been produced at lower cost by using pesticides in Australia that would not be permitted in the UK.’

Nick Thomas-Symonds, Labour’s spokesman for international trade, said Ministers must ‘come clean’ on the impact of the deal on farmers and consumers.

Two years ago, The Mail on Sunday launched the Save Our Family Farms campaign to stop the import of inferior food into the UK.

The Department for Environment, Food and Rural Affairs said last night the deal with Australia would not infringe Britain’s right to ‘regulate the import of products which are produced using pesticides’.

A spokesman added: ‘No detectable levels of residues of chlorpyrifos are permitted on food sold in the UK, including apples from Australia, and this will not change.’