Peter Dinklage is disappointed in Disney's decision to remake Snow White and the Seven Dwarfs.

The Cyrano actor, 52, called out Disney for "hypocrisy" while appearing on Marc Maron's WTF podcast Monday. Dinklage — who was born with a form of dwarfism called achondroplasia — criticized the choice to remake Snow White today, citing the fairy tale's "backwards story."

"There's a lot of hypocrisy going on," Dinklage told Maron, 58, explaining that he's "somebody who's a little bit unique" and has "a front row seat" to such cases. When Maron prompted him to give an example, Dinklage brought up Disney's planned remake of the princess story, which was first announced last year. 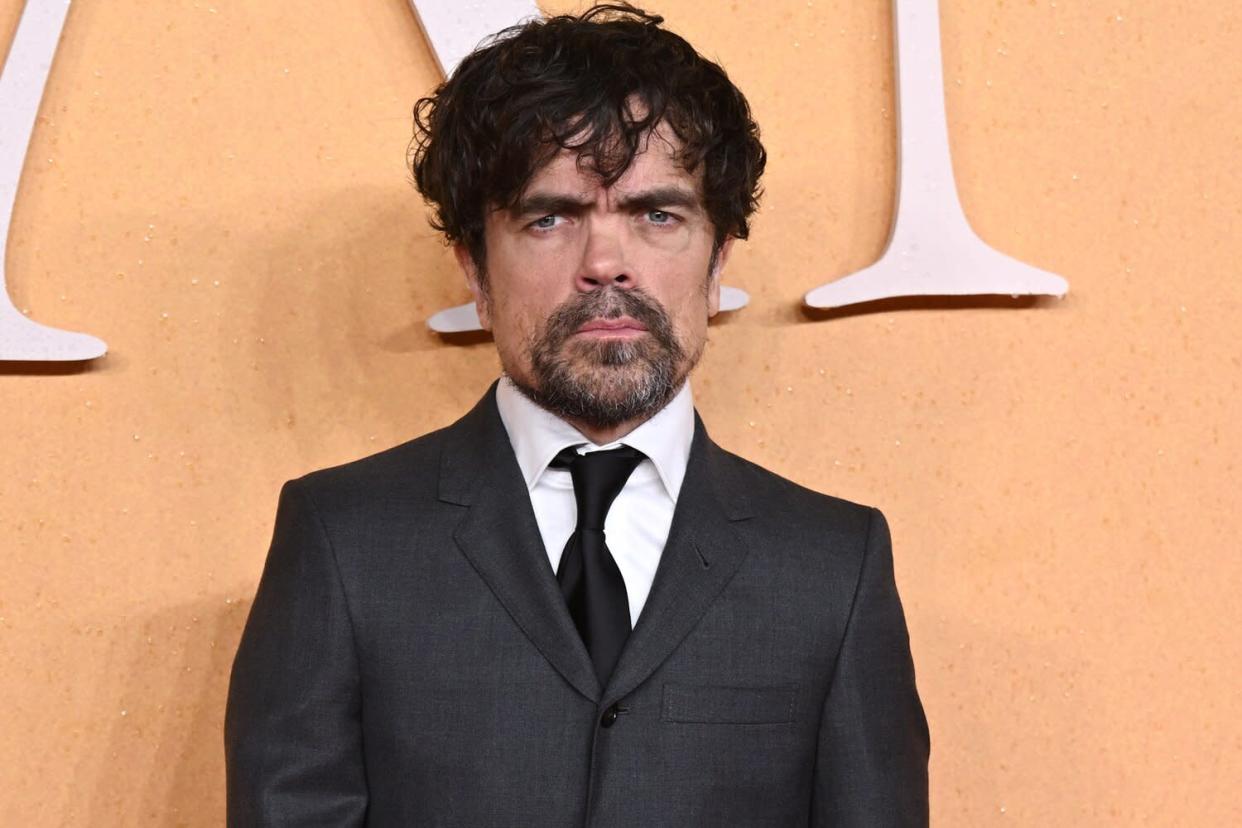 "Literally no offense to anyone, but I was a little taken aback — they were very proud to cast a Latina actress as Snow White," Dinklage said. "But you're still telling the story of Snow White and the Seven Dwarfs. Take a step back and look at what you're doing there. It makes no sense to me."

Dinklage was referring to Rachel Zegler, who previously starred as Maria in West Side Story and was cast as Snow White last June.

The Game of Thrones star added, "You're progressive in one way but then you're still making that f— backwards story about seven dwarfs living in a cave together, what the f— are you doing, man? Have I done nothing to advance the cause from my soap box? I guess I'm not loud enough."

RELATED: Peter Dinklage on Being Looked at in Public for More Than His Size: Now 'It's the Work I've Done'

"I don't know which studio that is but they were so proud of that. All love and respect to the actress and to the people who thought they were doing the right thing," Dinklage said. "But I'm just like, what are you doing?"

He later clarified his stance, telling Maron, "If you tell the story of Snow White and it's the most f— up, cool, progressive spin on it, let's do it. All in."

Disney addressed Dinklage's criticisms in a statement shared with The Hollywood Reporter Tuesday. A spokesperson told the outlet, "To avoid reinforcing stereotypes from the original animated film, we are taking a different approach with these seven characters and have been consulting with members of the dwarfism community."

They added, "We look forward to sharing more as the film heads into production after a lengthy development period."

According to The Hollywood Reporter, Disney's Snow White remake will have cultural consultants and is still in development; it is not expected to hit theaters for multiple years.

Never miss a story — sign up forPEOPLE's free weekly newsletter to get the biggest news of the week delivered to your inbox every Friday.

Dinklage, known for his roles in Game of Thrones and The Station Agent, among others, promised himself at the start of his career he'd never play elves or leprechauns, The New York Times previously reported.

Dinklage recently opened up about living with achondroplasia and how fame has shaped his perception in public. In conversation with U.K. outlet The Timesearlier this month, he said, "Being my size, I get second looks quite often. My whole life I've had stares."

"Now there's an ownership to someone looking at me or approaching me. It's because of something positive. It's not just my size. It's the work I've done that has afforded them a second look," the actor added.