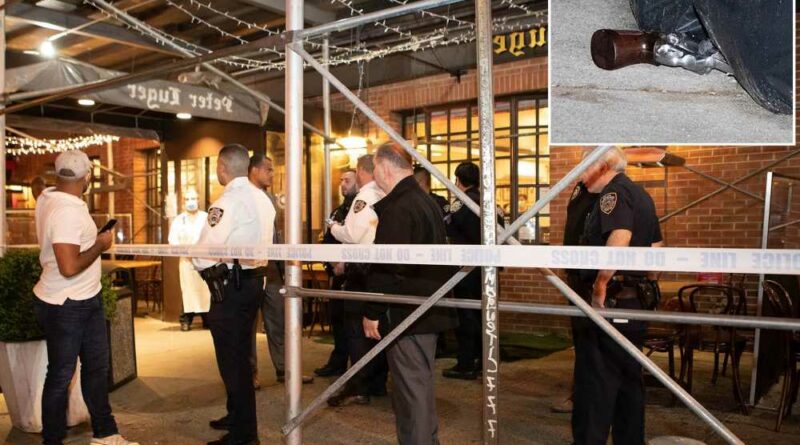 From Spanish flu to COVID-19, how NYC’s oldest restaurants are surviving 2nd pandemic

The suspect busted for allegedly opening fire at the famed Peter Luger steakhouse was previously arrested as a teen for pulling a fake gun outside a McDonald’s play area, police sources told The Post.

The suspect — identified by sources as Arkies Sommerville, 24 — was arrested soon after fleeing the 9:45 p.m. Thursday shooting sparked by a family feud at the Brooklyn eatery.

After a fight among a table of 11 that spilled outside, he allegedly fired at his rival — but instead injured two outdoor diners, sources have said.

Sommerville was busted after his cousin pointed him out, with the firearm recovered by garbage around the block, sources said. He had not been charged as of early Friday.

Sommerville was previously arrested in 2014, sources told The Post — when he would have been just 17 or 18.

He was busted then for pulling an imitation pistol outside of a McDonald’s play area where kids and parents were inside, the sources said.

Records were not immediately available in the case because he was a juvenile at the time.

The victims in Thursday’s steakhouse shooting — a 30-year-old man struck in the shoulder, and a 57-year-old hit in the stomach — were both taken to Bellevue Hospital, where they were expected to survive, sources said.