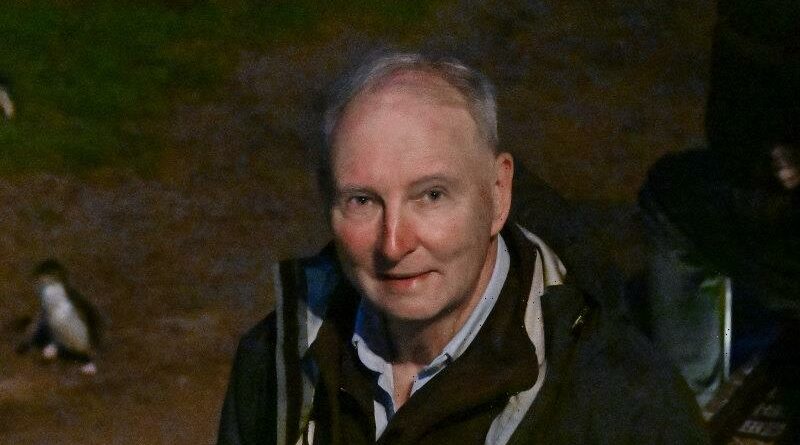 Peter Dann estimates he has watched the penguins come ashore at Phillip Island more than 1000 times, and every single landing has fascinated him.

But after a 42-year career in penguin conservation and research, Dann believes the time has finally come to retire from full-time work. 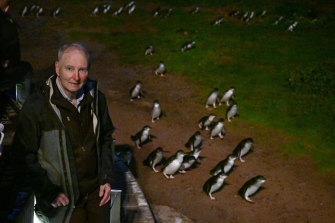 Peter Dann at the penguin parade during the week. Credit:Joe Armao

Dann was the only research biologist working with the penguins at Phillip Island when he began in 1980, and it’s been his only full-time job.

“It’s been a consuming passion of mine” he said. “My interest in it and the pleasure I get hasn’t diminished.”

The conservation effort has since expanded, and Dann now leads a team of eight researchers at Phillip Island Nature Parks.

But all was not well at the penguin colony when he first arrived at the island. A housing estate at Summerland Beach, where the penguins nest in burrows, had grown to almost 180 houses. 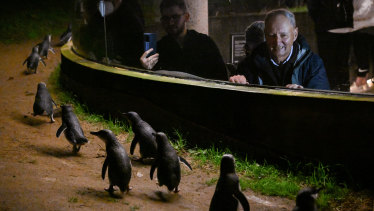 Peter Dann watches the penguins from behind glass.Credit:Joe Armao

Numbers were falling in the penguin colony, which was regularly attacked by foxes and dogs. Penguins were often killed on the road by cars.

It was the most difficult period of Dann’s career, and he was frustrated that action to protect the penguins was happening so slowly.

“I lost a lot of sleep over the population when it was clearly declining,” he recalled.

In the mid-1980s, the government decided to buy back the properties on the estate to protect the penguins. Dann said he lobbied the government to enact the policy, even though he was living at the Summerland Estate himself.

“It was a very emotional time for a lot of people,” he said. “We had many difficult conversations, but it was a remarkably civilised process.”

Dan said in 1983 there were between 8000 and 12,000 breeding penguins on Phillip Island. It now has the largest colony of little penguins in the world with 40,000 spread across the peninsula.

Earlier this year the seabirds set a record when 5219 waddled up to their burrows from the water at the penguin parade.

Dann has grown intimately acquainted with the “charismatic” creatures and marvels at how the flightless birds have adapted to life at sea.

He can instantly recognise their short barks when emerging from the water and their louder courtship calls. 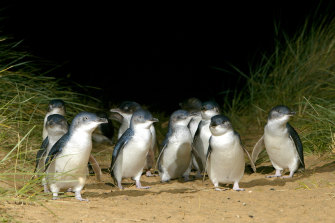 Dann has edited a book on penguin ecology and management and written many academic papers. Yet, he insists his affection for wildlife is not limited to Phillip Island’s beloved seabirds.

Dann says there would be at least 100 animals jostling for space in his top 10 list and all native species have a right to exist in their natural habitat.

“To me, it’s somehow tied up in justice as well.”

But he hopes the penguins will act as a “flagship species” and their endearing nature will encourage people to protect the entire ecosystem. 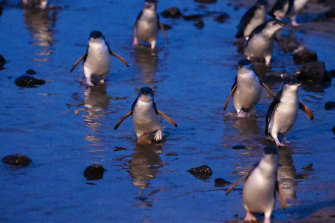 A property buyback at Phillip Island that began in the 1980s helped consolidate the penguin colony’s future. Credit:Joe Armao

“I’ve met people who don’t like Christmas and cats and babies,” he said. “But I’ve never met someone who doesn’t like penguins.”

Dann feels confident the future of penguin conservation is in safe hands at Phillip Island, and he will continue co-supervising four PhD students.

“There’s only one thing on my list that hasn’t been done: the eradication of feral cats on Phillip Island.”

“Its value as we enter a period of more rapid and potentially more devastating change is inestimable,” she said.

“The dedication of ecologists like Dr Dann is vital to protecting our precious plants and animals, alongside sustained investment in biodiversity,” she said.

Dann feels he can retire free of the worry that plagued him as a young biologist when he feared for the future of Phillip Island’s penguin colony.

“You can bask in the knowledge that the population is thriving,” he said.

A guide to the environment, what’s happening to it, what’s being done about it and what it means for the future. Sign up to our fortnightly Environment newsletter here.