After intense criticism in recent days, Phil Mickelson apologized on Tuesday for his comments about Saudi Arabia and their rumored golf league.

Mickelson put out a lengthy statement on Twitter on Tuesday afternoon, and blamed his latest comments from an upcoming book on being used “out of context and without my consent.”

“I used words that I sincerely regret that do not reflect my true feelings or intentions,” Mickelson said, in part. “It was reckless, I offended people, and I am deeply sorry for my choice of words. I’m beyond disappointed and will make every effort to self-reflect and learn from this.”

A Statement from Phil Mickelson pic.twitter.com/2saaXIxhpu

Mickelson's sponsorship deal with KPMG ended on Tuesday, too.

Mickelson has been perhaps the loudest, and only, PGA Tour golfer supporting the Saudi-backed golf league in recent weeks. Even Bryson DeChambeau and Dustin Johnson backed away from it on Sunday and committed to staying on Tour.

There have been almost no details announced about the potential tour, either, other than that Hall of Famer Greg Norman is leading it.

While Mickelson has been very vocal about his issues with the Tour, comments he made in an upcoming book from author Alan Shipnuck were released last week that turned heads.

“They’re scary motherf***ers to get involved with,” Mickelson said of the Saudis, via Shipnuck. “They killed [Washington Post reporter Jamal] Khashoggi and have a horrible record on human rights. They execute people over there for being gay. Knowing all of this, why would I even consider it?

“Because this is a once-in-a-lifetime opportunity to reshape how the PGA Tour operates.”

Mickelson claimed that his comments from the upcoming book were “off record” and were shared without his consent. Shipnuck hit back on that almost immediately after Mickelson’s statement was published.

“The ‘off the record’ piece of this is completely false and I’ll have more to say on that shortly,” Shipnuck tweeted.

Though Mickelson apologized in his statement, and he’s very aware of the horrific things the Saudi Arabian government has been accused of doing, he said he still supported the venture and said he believed that golf needed changing.

“I have always known that criticism would come with exploring anything new,” Mickelson said. “I still chose to put myself at the forefront of this to inspire change, taking the hits publicly to do the work behind the scenes.

“My experience with LIV Golf Investments has been very positive. I apologize for anything I said that was taken out of context. The specific people I have worked with are visionaries and have only been supportive. More importantly they passionately love golf and share my drive to make the game better.”

Mickelson: ‘I need to be held accountable’

Mickelson is one of the most popular golfers in the history of the Tour. He’s won 45 times throughout his 31-year career. He has five major wins to his name, too, including at the PGA Championship last season.

Mickelson has played just four times on Tour so far this season, most recently at the Farmers Insurance Open where he missed the cut.

It’s unclear when he will compete again. He said in his statement that he needs some “time away to prioritize the ones I love the most and work on being the man I want to be.”

“I have made a lot of mistakes in my life and many have been shared with the public,” Mickelson said. “My intent was never to hurt anyone and I’m so sorry to the people I have negatively impacted. This has always been about supporting the players and the game and I appreciate all the people who have given me the benefit of the doubt.

“Despite my belief that some changes have already been made within the overall discourse, I know I need to be held accountable. For the past 31 years I have lived a very public life and I have strived to live up to my own expectations, be the role model the fans deserve and be someone that inspires others … The past 10 years I have felt the pressure and stress slowly affecting me at a deeper level. I know I have not been my best and desperately need some time away to prioritize the ones I love most and work on being the man I want to be.” 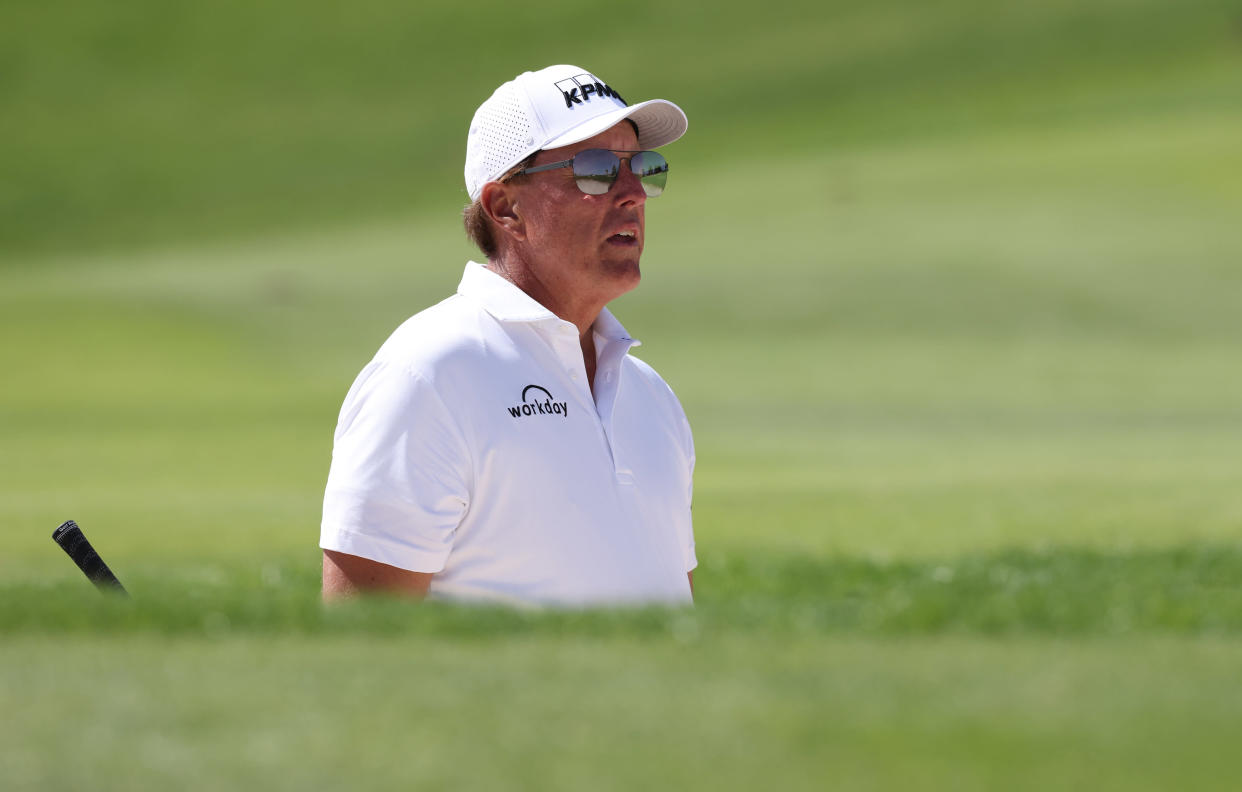