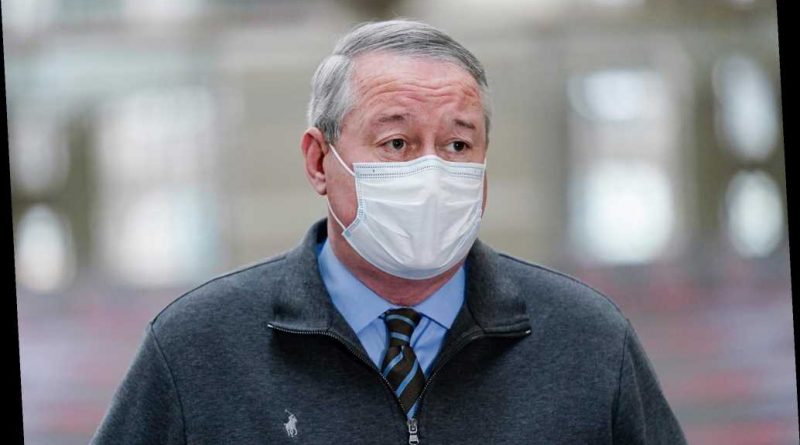 Two women, including godmother, charged in beating death of toddler

Philadelphia is on pace to shatter its record for most homicides ever in a single year — prompting officials to hold biweekly briefings on their re-tooled efforts to curb the “epidemic” of gun violence.

Democratic Mayor Jim Kenney, Police Commissioner Danielle Outlaw and other officials hosted the first public update on their response to the ongoing violence Wednesday, an hour-plus virtual press conference where Kenney spoke bluntly about the crisis.

“As I said last week, 2021 is on track to be the most violent year we’ve experienced in our lifetimes,” Kenney said. “We’re less than three months in and we’ve already lost more than 100 people to gun violence.”

Outlaw said at least 103 people have been murdered thus far in 2021, or an increase of more than 30 percent from last year – when a near-record 499 homicides were tallied.

All told, Outlaw said 412 people have been shot citywide, including eight people who were wounded during a mass shooting last week at Olney Transportation Center.

The department is also on pace to “shatter” last year’s record for the number of guns recovered from city streets, Outlaw said.

Cops took in roughly 5,000 guns that were either illegally owned, used or suspected in a crime last year, WHYY-FM reported.

Philadelphia cops have reeled in nearly 1,270 such weapons this year, city officials said.

“And we’re only in March,” the commissioner said.

To stem the violence, city officials said they’re planning to have ramped up police presence near pools and recreation centers, where shootings can increase as warmer weather approaches.

Kenney said he plans to hold the briefings every two weeks to update the public on the city’s response. He promised to hold the meetings after the mass shooting in Olney, WPVI reported.

“It makes me absolutely sick to know so many Philadelphians have suffered these preventable deaths, that so many families and communities have been ripped apart in the wake of each loss,” Kenney said.

Thirteen of the city’s 103 homicide victims were children, including 12 who were fatally shot. As of Tuesday, only Chicago had a higher homicide rate than Philadelphia, according to the station.

“It’s painfully clear that we must rake new approaches,” Kenney said. “And while we know these briefings will not solve the crisis, it’s important for the public to hear about our strategies and know that we take this very seriously.”

A new version of the Philadelphia Roadmap to Safer Communities, a plan originally released in January 2019 to slash gun violence, is expected soon, WHYY reported.

The plan seeks to increase graduation rates while reducing truancy and creating job opportunities for young adults and at-risk youth. Billed as a public health strategy, it also seeks to have infrastructure focused on violence prevention in high-risk neighborhoods, according to the report.

The 499 people killed in Philadelphia last year was the highest since 1990, when 500 homicides were recorded.