Manila: Tensions between Kuwait and the Philippines have been further inflamed after a mounting dispute over the treatment of Filipino workers in the oil-rich Arab state resulted in the expulsion of the Philippine ambassador this week.

The ambassador, Renato Villa, on Wednesday was given one week to leave Kuwait just days after Philippine Embassy staff members attempted a so-called rescue of Filipino domestic workers that they said had been abused by their Kuwaiti employers. The effort, which critics have described as a stunt, was recorded and posted on social media, embarrassing Kuwait. 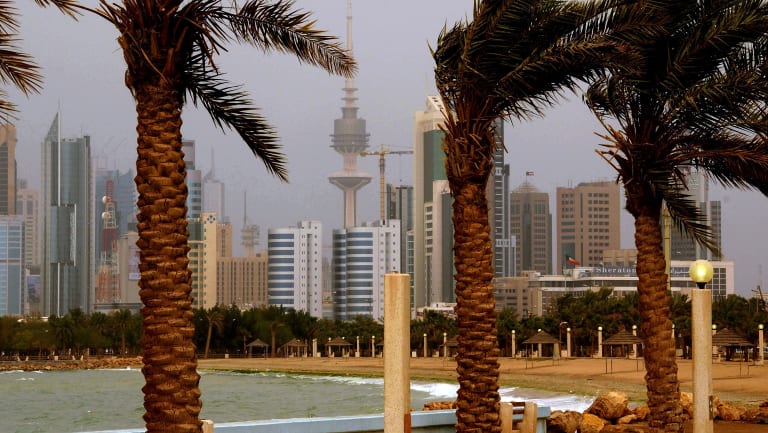 Kuwait city skyline is seen through the haze of a sand storm in Shuwaikh, Kuwait City.

About 260,000 Filipinos live in Kuwait, and many of them are employed as domestic workers. Cumulatively, they send millions of dollars back to the Philippines in remittances each year. But the country's relationship with Kuwait has been stormy for much of this year after the body of a Filipina maid was discovered inside her employer's freezer in February, prompting Philippine President Rodrigo Duterte to bar citizens from taking new jobs in the Arab country.

Villa's expulsion came as the two countries were negotiating an end to the travel ban and was met with outrage by Philippine officials.

Foreign Secretary Alan Peter Cayetano called the ambassador's expulsion "deeply disturbing" in a statement issued on Thursday, adding that it was inconsistent with assurances that Kuwaiti officials had personally given him. 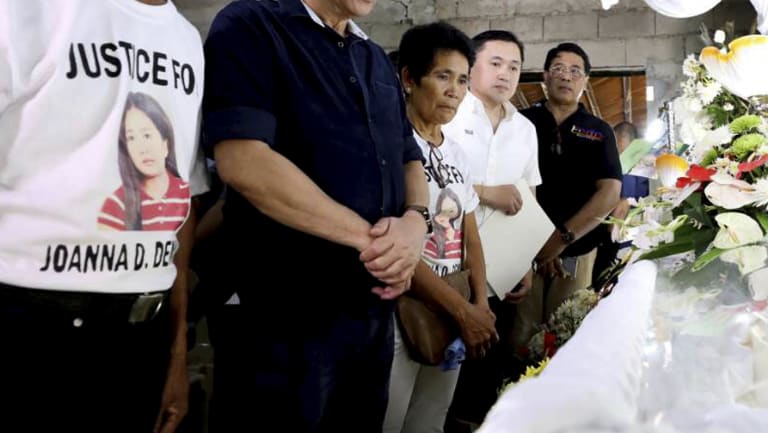 "In discussions at every level with Kuwait, the Philippines has always emphasised that the well-being of Filipino nationals wherever they may be will always be of paramount importance," Cayetano said.

"The protection of the rights and the promotion of the welfare of Filipinos abroad would always be the guiding principle of the Philippines in its relationship with countries around the world, including Kuwait," he added.

Four Filipinos, hired by the Philippine Embassy, were arrested this week for helping maids flee the homes of their employers and Kuwait issued arrest warrants for three Filipino diplomatic employees, the Philippine Department of Foreign Affairs said in a statement.

About 10 per cent of all Philippine nationals find work overseas, and their treatment is a constant concern for the government.

Concerns about Filipinos being abused in Kuwait have circulated for years but came to a head in February when the body of Joanna Demafelis, bearing signs of torture, was found in a freezer.

Her employer, Nader Essam Assaf, a Lebanese national, was arrested in March and confessed to the murder. His Syrian wife, who he said was an accomplice to the crime, remains at large.

The two were sentenced to death in Kuwait, but the verdict could be appealed.

Arman Hernando, head of the group Migrante, which monitors migrant rights, said he was alarmed by the treatment of Filipino workers in Kuwait and the subsequent diplomatic fallout.

Instead of helping workers, the embassy's so-called rescue stunt put Filipino citizens "in deeper trouble in the name of media mileage and false posturing."

The video, Hernando said, was meant to create public outrage and its creators did not consider the repercussions it would have on already precarious diplomatic relations.

"As a result, the Kuwaiti government has now found a way to launch a counteroffensive against the Duterte government which is now in the defensive mode," he said.

Hernando said that the government should move quickly and hold to account the officials behind the stunt.