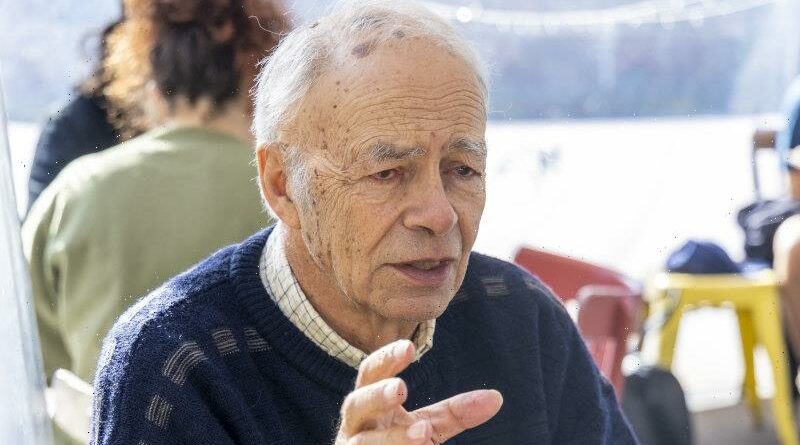 After being told he had won $1 million for his contribution towards public life, philosopher Peter Singer says he didn’t consider keeping the money – though he did check first with his wife of 55 years, Renata, before committing to giving it all away.

“She was supportive so, once I was clear about that, I didn’t have any doubts,” says Singer, speaking from New York City on Tuesday before getting on a train to Princeton University, where he has taught since 1999. 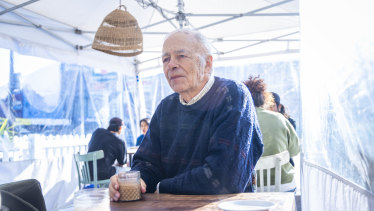 Singer has only just arrived in America from Australia and is still a little shocked at the freedoms he has returned to in the US.

“Compared to Melbourne it’s incredible,” says the 75-year-old. “There is more COVID around but everything is open and hardly anyone wears a mask outdoors. They do wear masks indoors. Everything is running, shops are open, and everything is pretty normal.”

Wednesday won’t be so normal for Singer, when he will become the sixth recipient of the Berggruen Institute’s annual $1 million Berggruen Prize for Philosophy and Culture. Established by French-born billionaire philanthropist Nicolas Berggruen in 2016, the award goes each year to thinkers whose ideas have profoundly shaped our world.

The Berggruen Prize jury chose Singer because of what they said was his influential and intellectually rigorous work as a philosopher, and as a force for change. Through his writings, Singer helped shape the animal rights and effective altruism movements, and has argued for more expansive policies in eradicating global poverty.

Singer will donate half the prize to The Life You Can Save, a charity he founded to spread the idea of giving to the most effective charities benefitting the world’s poorest people. In the past three years, each dollar spent by the group generated $17 in donations for not-for-profits working to help those in extreme poverty.

The remainder of the money will go to charities trying to end animal suffering, particularly in factory farming.

“Industrialised animal production is on such a vast scale; you’re talking about maybe 50 billion animals being raised and killed in factory farms every year worldwide,” he says. “And the suffering is prolonged. It’s not just like a few minutes of suffering when they’re in the slaughterhouse.”

Factory farming was also disastrous for the climate, “and provides an ideal breeding ground for viruses that could cause future pandemics”, says Singer, who will ask the public to help decide how some of the money he is donating is allocated, via his charity’s website.

Singer’s public influence began with his 1975 book Animal Liberation, which argued the suffering inflicted on animals in food production and research was morally indefensible. After the book’s release, he became a force in the animal rights movement and in campaigns against factory farming and in favour of vegetarianism.

“His ideas have inspired conscientious individual action, better organised and more effective philanthropy and entire social movements, with the lives of millions improved as a result.”

Nicolas Berggruen says Singer has demonstrated through his actions and arguments over many years how vital public philosophy is.

“His ideas,” Berggruen says, “have inspired conscientious individual action, better organised and more effective philanthropy and entire social movements, with the lives of millions improved as a result”.

Singer says he’s found being back in an American city “pretty scary at first … especially being in a packed subway. But I guess you get used to it really”. Recently, while still in Australia, Singer wrote in The Age that getting vaccinated should be compulsory for most people, a position he maintains.

“I don’t mind people not being vaccinated if they are hermits, or they live on a rural property and they’re just going to get their groceries dropped at the gate,” Singer says. “But once they start mixing with other people, they’re adding to the risk of other people getting ill and possibly dying. And they’re also adding to the likelihood of lockdowns extending and continuing, which nobody wants.”