Home » World News » Photographer captures big cat hiding in Kenya, but can YOU see it?

Spot the leopard! Eagle-eyed photographer captures big cat hiding amid the foliage in Kenya, but can YOU see it?

It’s one of the world’s biggest cats, so you would have thought that spotting a leopard lounging around on the Kenyan savannah would be no problem.

But as this photograph proves, it is not so easy to pick out the well-camouflaged predator from its surroundings.

The image was captured by eagle-eyed German wildlife photographer Ingo Gerlach while on a tour of the Maasai Mara National Reserve in Kenya. 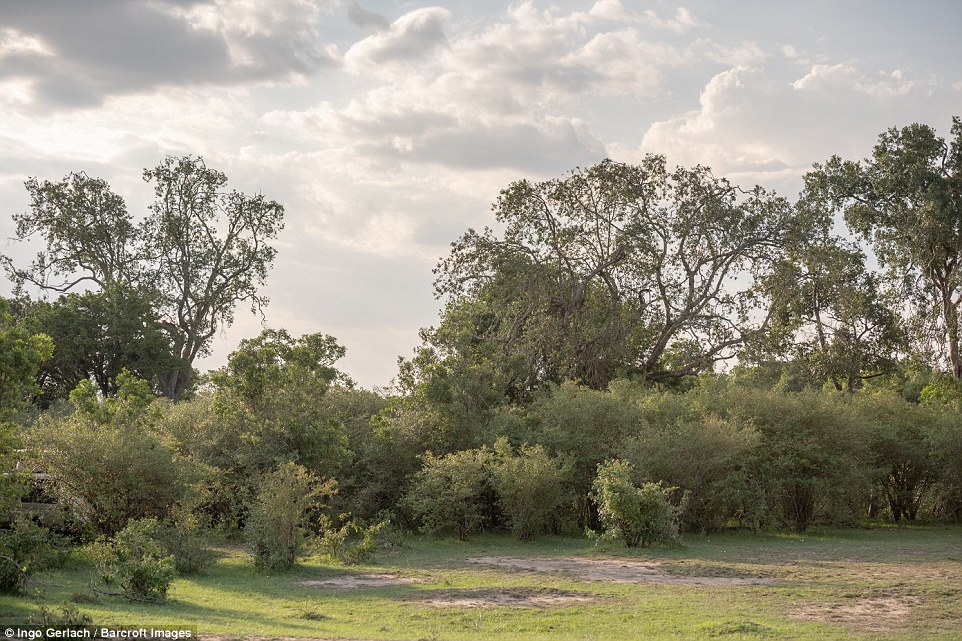 The leopard is one of the world’s largest cats, but it is surprisingly difficult to pick out the deadly predator in this photo as it has blended in perfectly with its surroundings 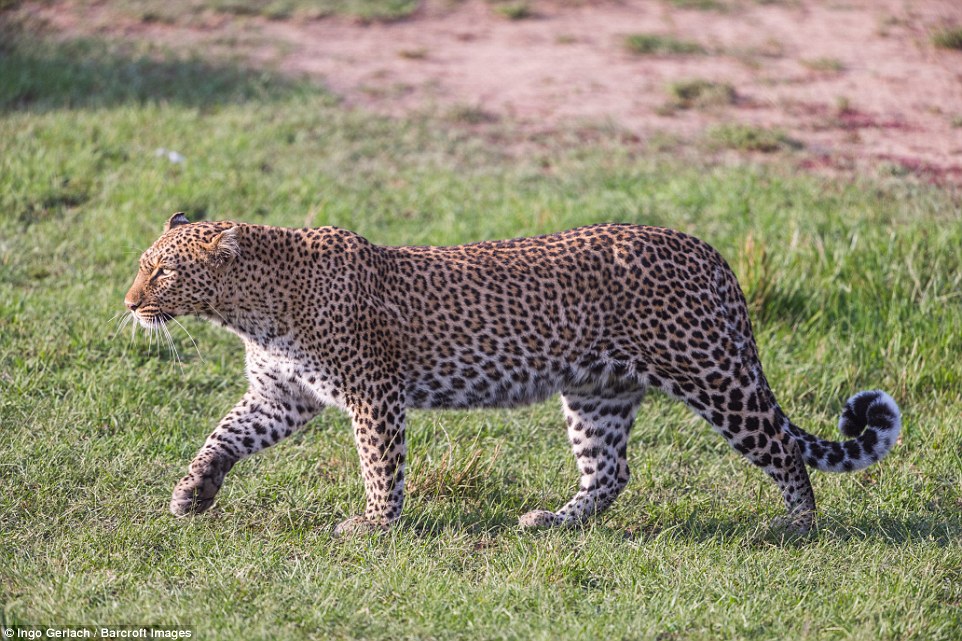 While taking a tour of the reserve Gerlach, who has been photographing animals for more than 40 years, managed to discern the deadly predator despite its best efforts at hiding itself.

Leopards are found across Kenya and, while their numbers have fluctuated in recent years, are not as threatened by poaching or habitat destruction as their relatives such as lions.

Despite adults weighing up to 100lbs, leopards are actually the smallest of the big cat species, and most of their hunting tactics are designed to keep them out of the way of their larger cousins.

Leopards are solitary animals, unlike lions, and largely hunt at night to avoid competition with the so-called King of the Jungle.

Because of their small size they will often drag their quarry up a tree to prevent it being stolen by other predators, which offers a clue as to where this leopard is hiding.

They are similar in appearance to jaguars, but are smaller and less muscular. They also lack a dot in the centre of their spots, which is the mark of a jaguar. 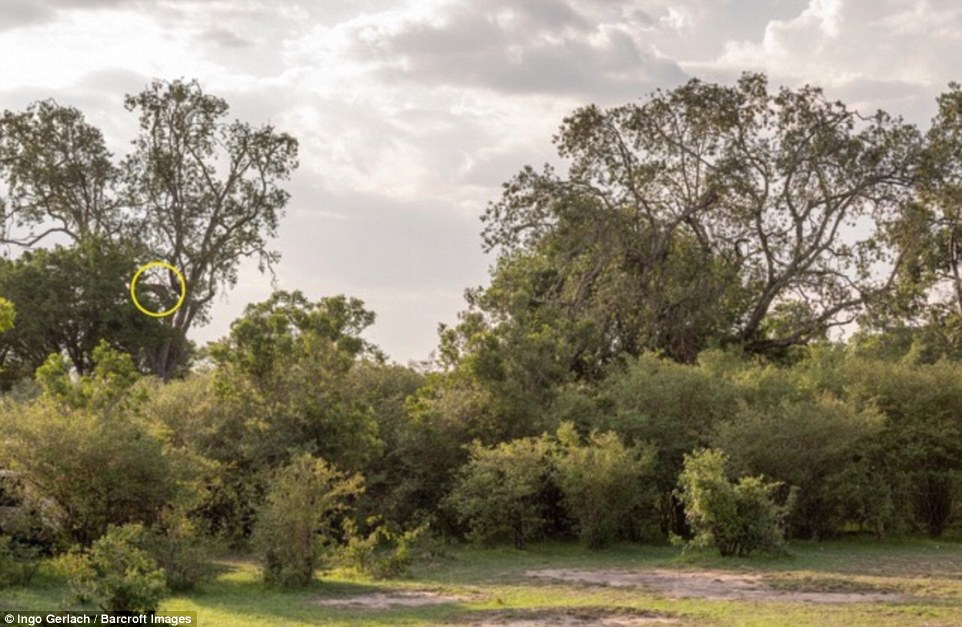 The leopard is lazing in the branches of this tree, which is one of the animal’s favoured hang-outs, as it keeps it out of the way of much larger predators that patrol the ground below 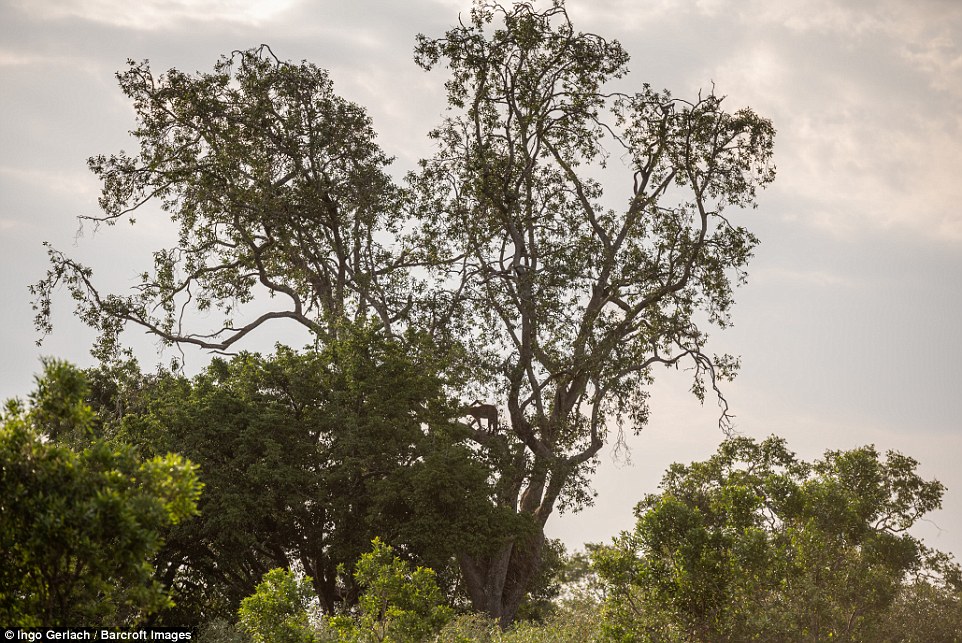 Even standing up in the tree, the leopard is hard to see (centre). The cats will often drag their prey into trees to stop it being stolen by lions and other large predators 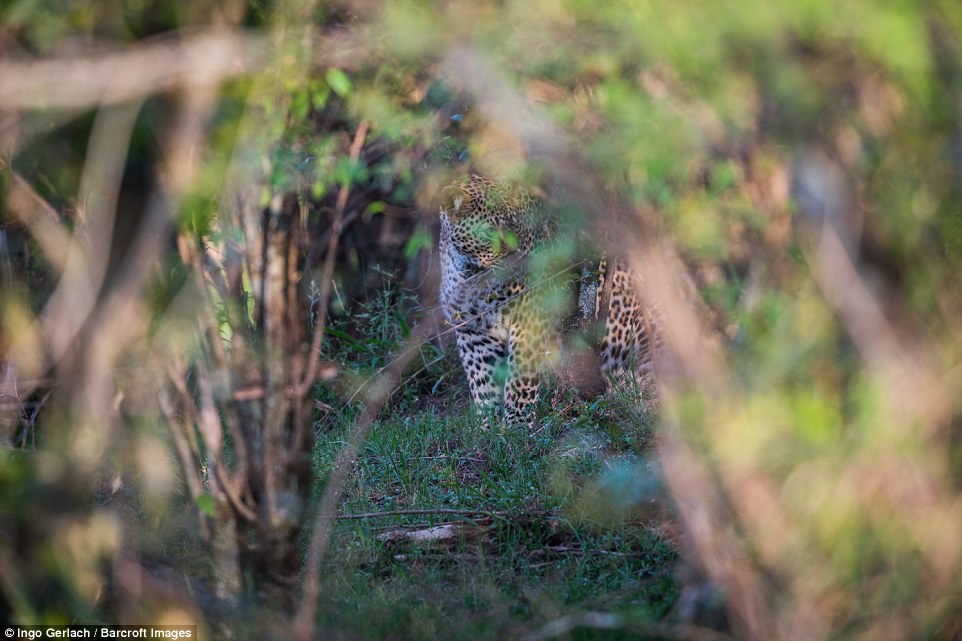 It is unlikely that the two species would be confused in the wild, however, as they do not share a habitat.

Leopards live mostly across southern parts of Africa and in scattered communities across Asia, Pakistan and Malaysia, while jaguars live in the Americas.

Leopards can be spotted across Kenya but there are particular concentrations in the Maasai Mara and Samburu National Reserves.

As with many of Africa’s largest predators, their numbers increase dramatically around wildebeest migration season as they follow the herd, hoping to pick off stragglers.

Igor Gerlach has been a photographer since 1974 and began taking pictures of wildlife in 1976. He has since won dozens of awards and published hundreds of images, both in books and national newspapers.