Ssssmile! Man risks his life to take a selfie reflected in the eye of a deadly boomslang snake in South Africa

One man has risked his life to take the ultimate selfie – with a highly poisonous snake.

Nature guide Gerhard van der Westhuizen, 26, from Cape Town, South Africa, snapped his reflection in the eye of a boomslang.

The species’ venom is considered more dangerous than cobras, or the infamous black mamba – and can cause internal bleeding in humans. 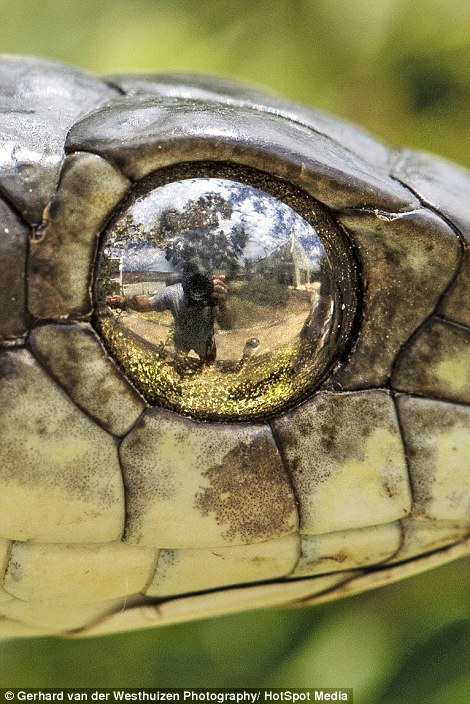 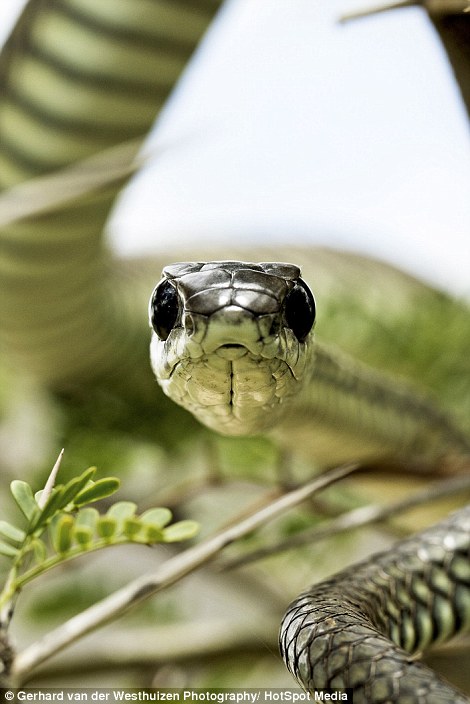 Photographer Gerhard van der Westhuizen, 26 came across the snake in the gardens of the Sanbona Wildlife Reserve, South Africa, and decided to capture a selfie in a highly creative way. He often takes photographs of snakes he comes across in the bush, but this was a particularly unusual one 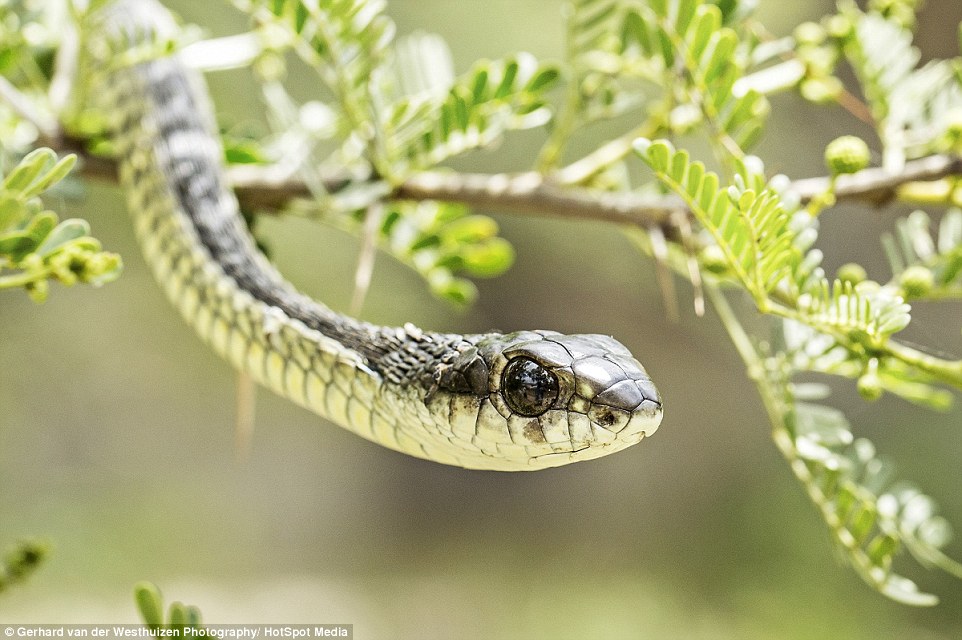 Gerhard, who has been an amateur photographer for the last four years, was called to remove the boomslang from the garden of the lodge where he lives. He picked up the snake with his bare hands and moved it to a nearby bush, before deciding to snap a few images 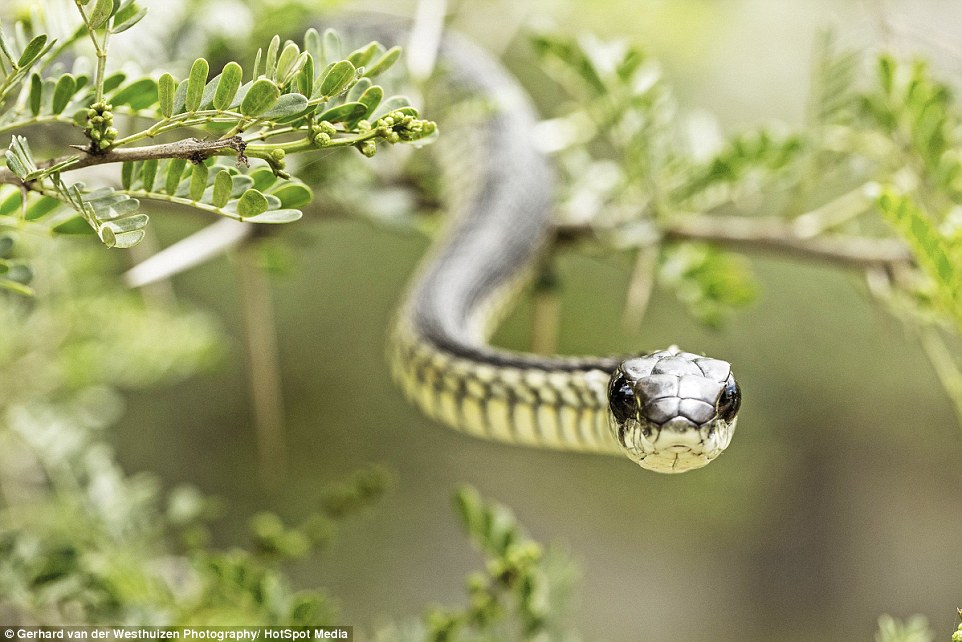 Gerhard has a certificate for handling snakes as well as all the equipment, and has experience with cape cobras, puff adders and coral snakes as well as boomslang. His knowledge of how boomslang behave and the telltale signs of agitation is an advantage as it allows him to gauge how close he can go 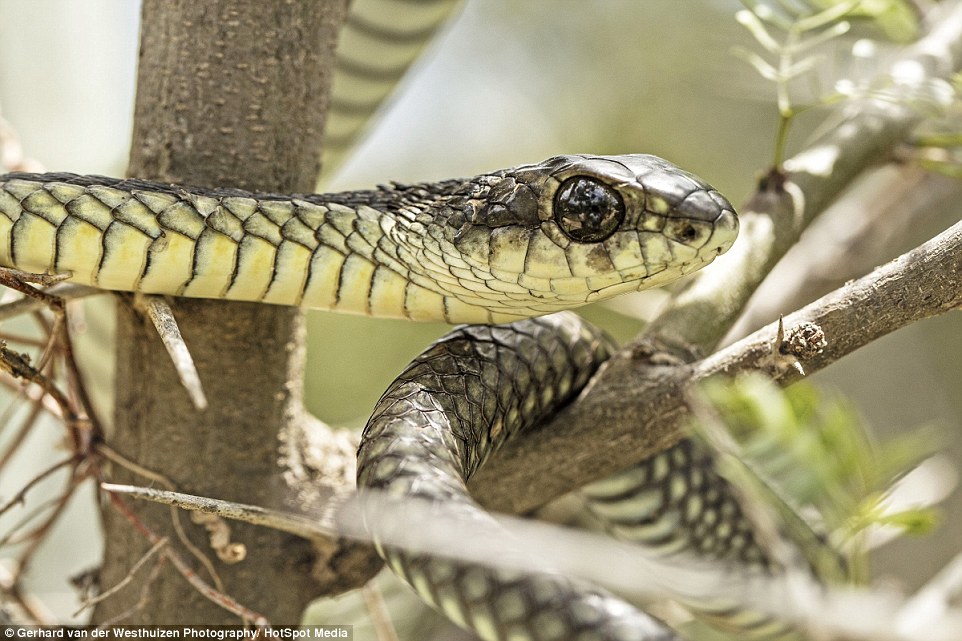 Living and working in the bush, Gerhard has come across boomslang many times and is extremely comfortable being close to these dangerous animals. He often handles them with just his bare hands – much to his wife’s dismay 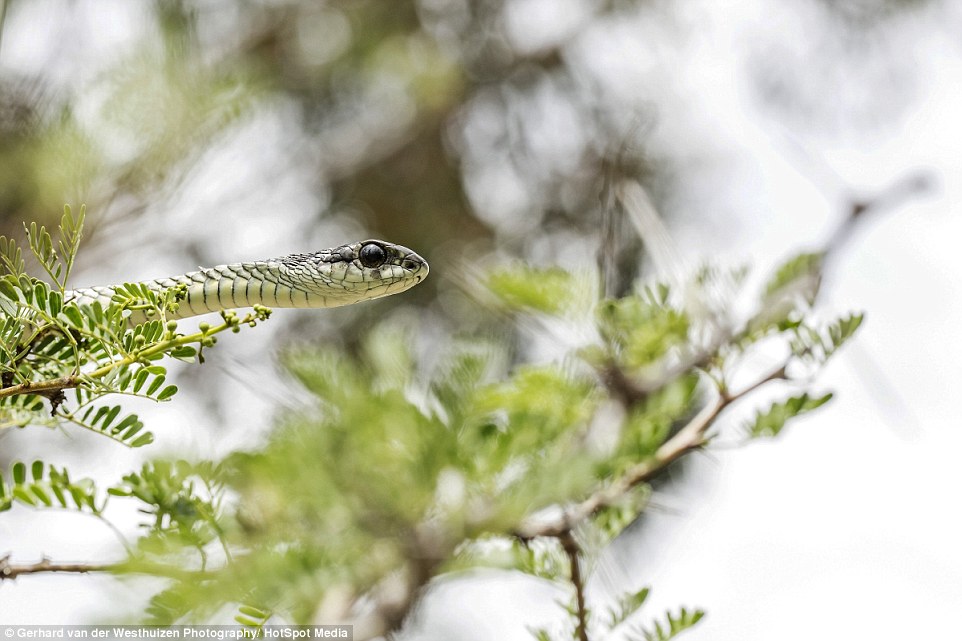 Snakes and photography are Gerhard’s two passions, which he often combines. He managed to get 15 cm from this snake and used a macro lens to capture the stunning detail