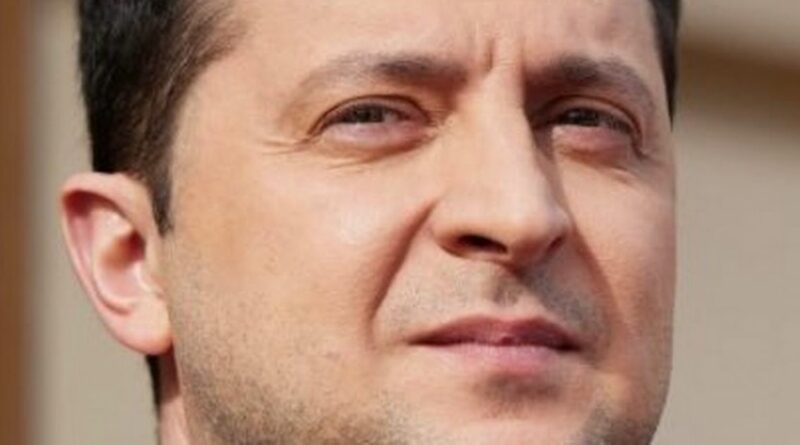 Images of Ukrainian President Volodymyr Zelenskyy taken before the Russian invasion and this week have been compared, showing the brutal toll of war.

In the first, taken on February 23 this year, the president appears clean shaven, carrying a bold expression with his hair neatly arranged in a small quiff.

The second was taken on Monday in Bucha, a small Ukrainian suburb near to Kyiv and where Russian troops massacred hundreds of innocent Ukrainian civilians.

News of the atrocity broke at the start of this week as Russian forces pulled out of the region, leaving bodies strewn across streets or stuffed into mass graves.

At least 410 men, women and children were found dead.

The snap from Zelenskyy's visit to Bucha is harrowing. The president appears with a grizzled beard and messy hair, far less well kept after what was possibly 41 sleepless nights, as well as with a pained expression which looks as if he is about to burst into tears.

In light of what happened Zelenskyy addressed his nation, describing the forces they were up against as "concentrated evil".

He said: “Indeed, this is genocide. The elimination of the whole nation and the people. We are the citizens of Ukraine. We have more than 100 nationalities. This is about the destruction and extermination of all these nationalities.

“The world has seen many war crimes. The time has come to make the war crimes committed by Russian troops the last such evil on Earth.”

Yesterday he addressed the UN Security Council regarding the horrors of Bucha, comparing Vladimir Putin's forces to terrorists like ISIS and accusing troops of crushing civilians with their tanks "for their pleasure".

Describing the massacre he said: “There is not a single crime they would not commit there, the Russian military surged and purposefully shot and killed anyone who served our country.

“They shot and killed women outside their houses when they just tried to call someone who is alive. They killed entire families, adults and children and they tried to burn the bodies.

“The most terrible war crimes of all times, that we’ve seen since the end of World War Two, have been committed.”