Home » World News » Pictured: Brit, 19, who fell to his death on last day of Spain holiday

Pictured: British tourist, 19, who fell to his death on the final day of a lads’ holiday in Spain as friends pay tribute to ‘legend’ who will be ‘missed dearly’

The first pictures have emerged of a British teenager who plunged to his death from a fifth-floor balcony on the last day of a Spanish lads’ holiday.

Luke Freeman, 19, from Reading, Berkshire, died instantly after his fall from tourist apartments in the famous Costa Brava resort of Lloret de Mar just before 6.30am on Tuesday.

Police say they are treating the tragedy as an accident and believe that he lost his balance and toppled over the edge of the balcony after a night out with friends. 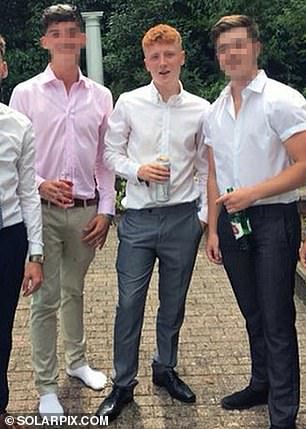 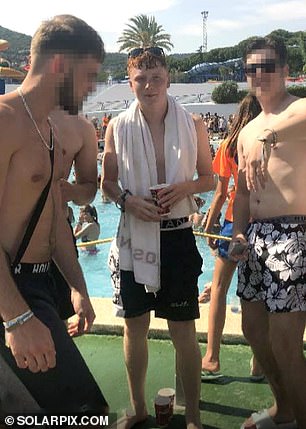 Luke Freeman, 19 (left and right, standing in the centre), has been named as the British tourist who fell to his death from a balcony in Lloret de Mar, Spain, in the early hours of Tuesday

He was staying at nearby apartments to the ones where he met his death – Apartamentos Trimar in the centre of Lloret – but had gone back to the block with six friends who had checked in a week earlier.

They were due to return to the UK late Tuesday after giving statements to police.

‘Luke Freeman, you were like a brother to me and I’ll always love you man.

‘Rest easy bro. Thank you for all the memories you have given me since the age of six. You were truly a legend.

‘And you have no idea how much you will be missed by me and everyone who knew you. RIP.’

Wokingham, Berkshire-based DJ Mark Shepherd-Ellis, in a message for music fan Luke, said: ‘Having a beer for you now. The sky has been blessed.’

‘It’s never nice to lose someone so young. We remember Luke being at our first-ever event having it off at front barrier for most of the night.

‘Hope you rave it hard in paradise young king. May you rest easy. We send our deepest condolences to Luke’s family and friends at this hard time.’ 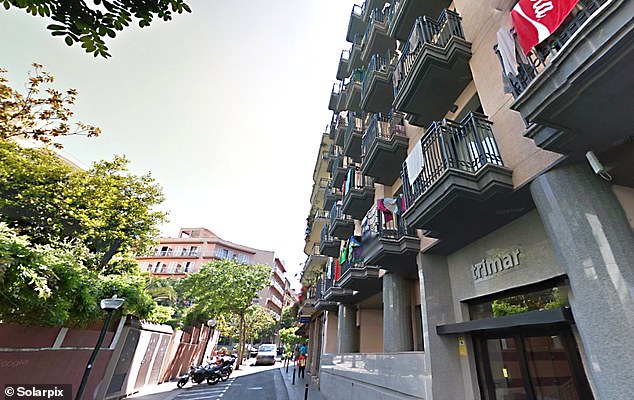 Police say Luke died instantly after he toppled off the fifth floor balcony of a friend’s apartment in Lloret de Mar (pictured) around 6.20am Tuesday 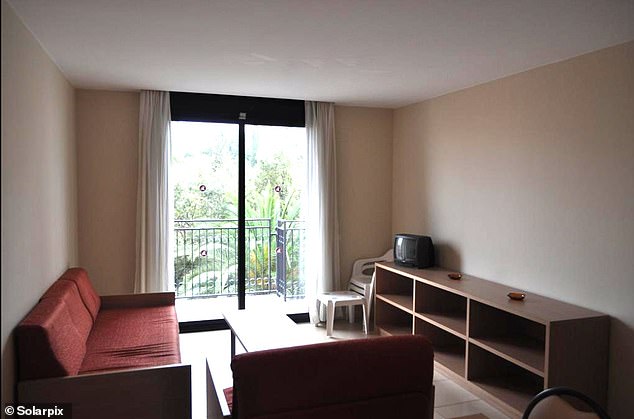 Another pal from Reading, Joe Kennedy, wrote alongside a picture of the apartments where the tragedy occurred: ‘My f##king bro will be missed dearly. Family.’

Supermarket cashier Phoebe Costard, offering her support to the dead man’s friends, added: ‘Can’t imagine what you guys are going through. He was a great guy. Thinking of you all.’

A spokesman for the Mossos d’Esquadra police force in Girona, the capital of the province Lloret is part of, said after news of Luke’s death emerged: ‘I can confirm a British man has died after falling from a fifth-floor balcony in Lloret de Mar.

‘He was on holiday in the area.’

A well-placed source said: ‘An investigation is underway and is being conducted by Mossos d’Esquadra in the nearby town of Blanes but witnesses have said it was an accident and he wasn’t trying to jump from balcony to balcony or anything like that.

‘It’s a matter for the investigation but given the time it happened, at 6.20am in the morning, officers will be looking at whether the holidaymaker had been out for the night and if alcohol played a part in the tragedy.’

It was initially believed Luke, believed to have been in the Wokingham area of Berkshire, had been staying at the apartments where he died but investigators later confirmed he was a guest elsewhere.

Some of the friends he was with are understood to have seen him plunge to his death and spent most of Tuesday at a police station giving statements before flying home.

A Foreign and Commonwealth Office spokesman said on Tuesday night: ‘We are assisting the family of a British man who died in Lloret de Mar and are in contact with the Spanish police.’