‘It looks like a public toilet’: The windowless Colorbond backyard gym where celebrity chef George Calombaris sweats off the MasterChef meals – and it’s left his neighbour furious

This is the Colorbond backyard gym built by MasterChef judge George Calombaris behind his Melbourne mansion which an elderly neighbour wants torn down.

The boxy steel structure, which Calombaris has partially wrapped with a timber fence, is windowless on three sides and dominates the view from Helen Elsworth’s bedroom.

Ms Elsworth, 71, has described the gym behind her Toorak apartment as a ‘monstrous eyesore’ which she compared to a public toilet block. 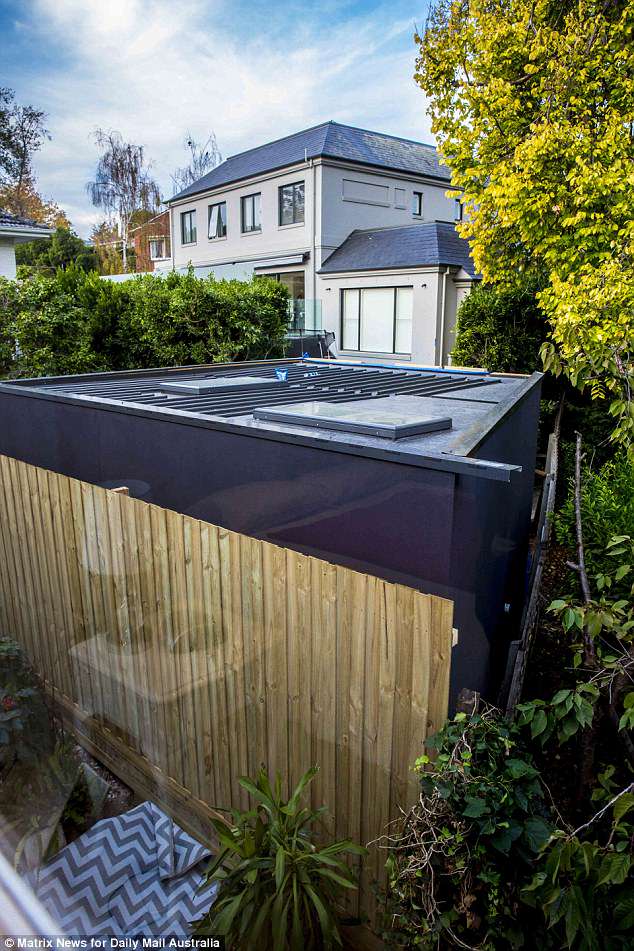 This is the windowless box George Calombaris has built as a gym behind his Toorak mansion; this picture was taken from 71-year-old neighbour Helen Elsworth’s bedroom 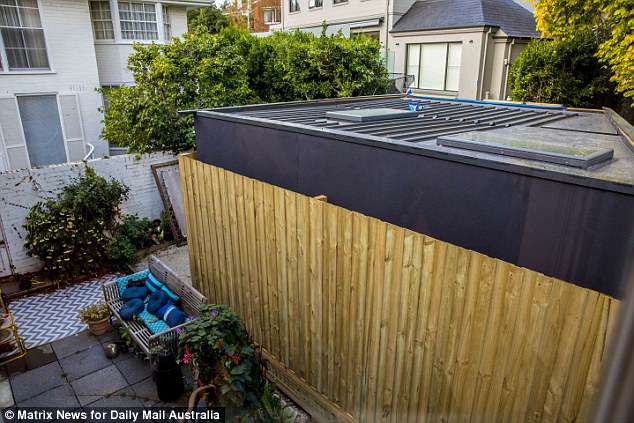 The seemingly unfinished gym behind George Calombaris’s Toorak mansion has two skylights; the timber fence now forms the boundary at the back of his oddly-shaped block of land 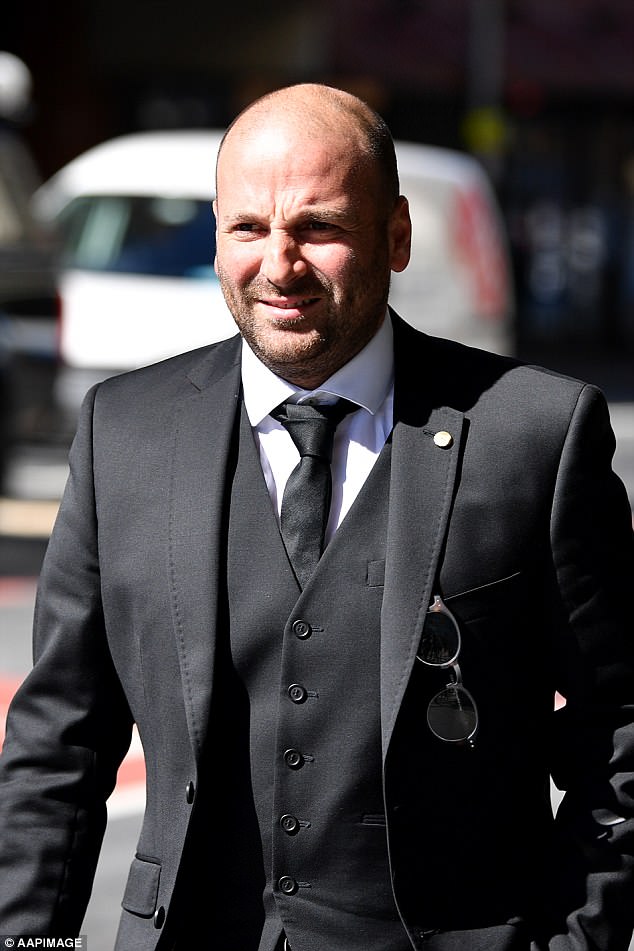 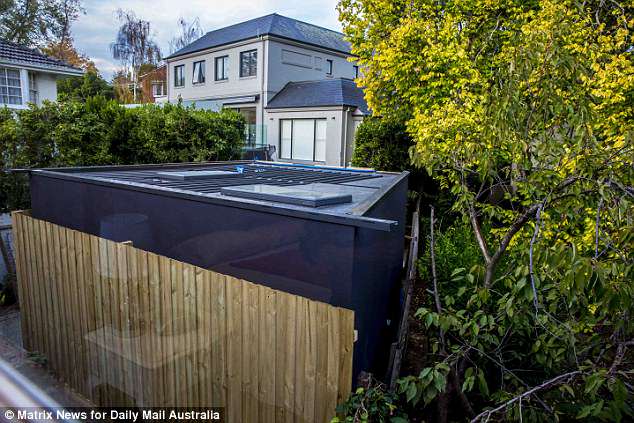 The stylish retiree, whose first-floor apartment backs onto the jutting pocket of land where Calombaris has built his gym, told Daily Mail Australia the building was a ‘monstrosity’.

Ms Elsworth, who has lived in her apartment for 33 years, reserved her harshest words for Calombaris rather than his wife Natalie Tricarico, who owns the property.

Ms Tricarico had spoken to Ms Elsworth once about the gym and invited her to paint the new fence if she wanted to a better view from her bedroom window.

But Ms Elsworth said that was not enough. She objects to the look, mass, size, scale and structure of the gym.

Ms Elsworth has been giving television and radio interviews this week, including to The Kyle and Jackie O Show and A Current Affair. She has also instructed a legal firm to act on her behalf.

‘He’s the worst neighbour I’ve had in my life,’ Ms Elsworth told A Current Affair. 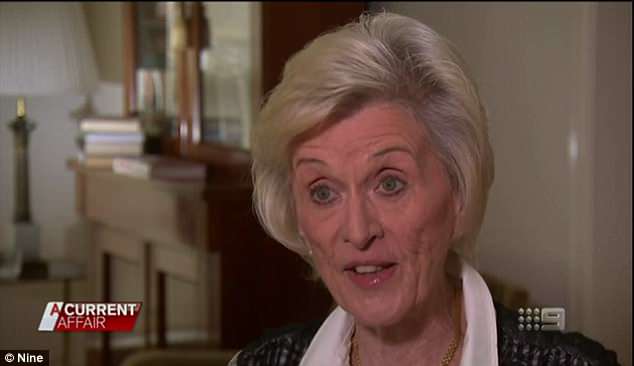 ‘He’s the worst neighbour I’ve had in my life,’ 71-year-old Helen Elsworth told A Current Affair 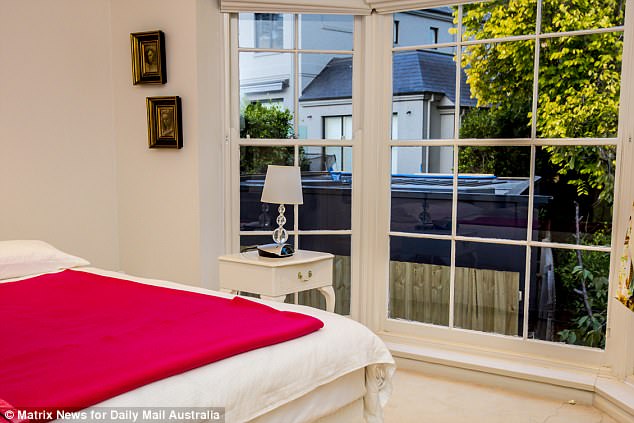 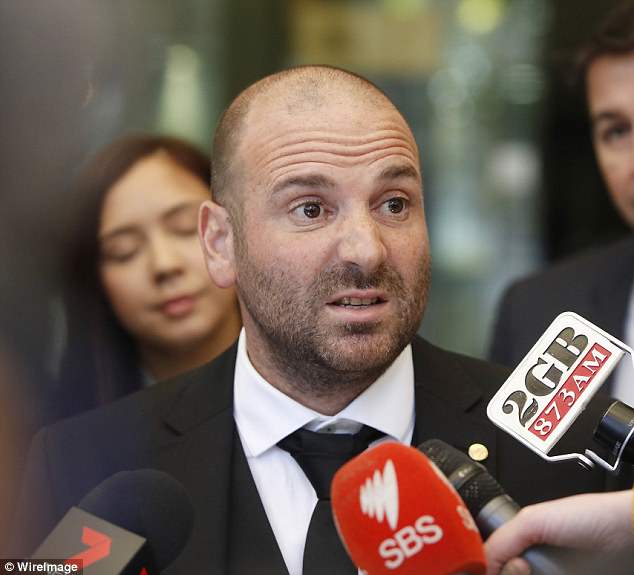 ‘He should be living in Central Australia somewhere, where he can’t bother people, not in the suburbs.

‘I’ve got to keep the blinds closed day and night – well, all day. Shocking.’

Another room in her apartment also looks directly out on the gym.

Ms Elsworth has lodged a complaint with the Victorian Building Authority.

The retired nursing sister, who now volunteers at the National Sports Museum within the Melbourne Cricket Ground, has never met 39-year-old Calombaris and was unimpressed by his celebrity. 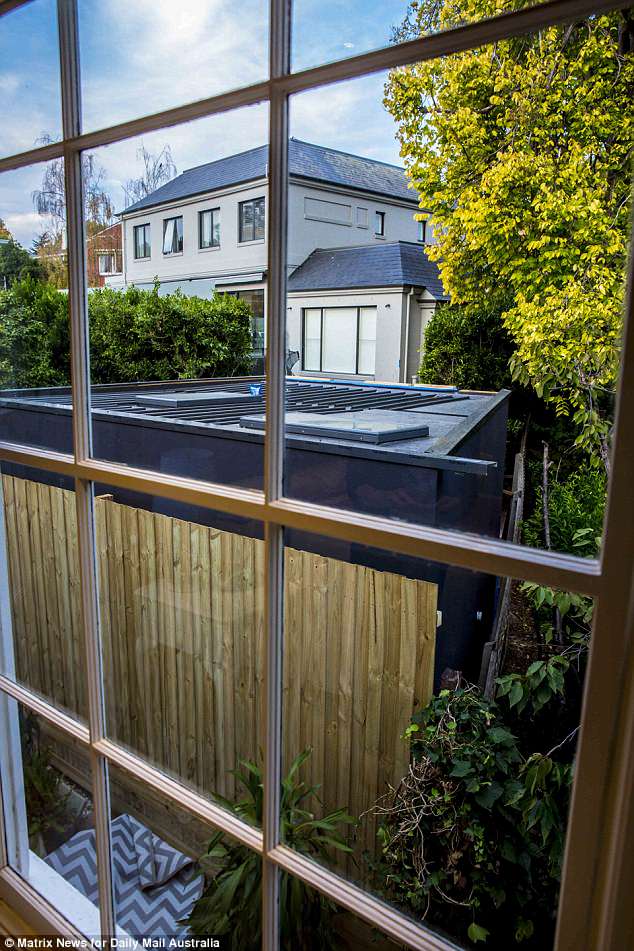 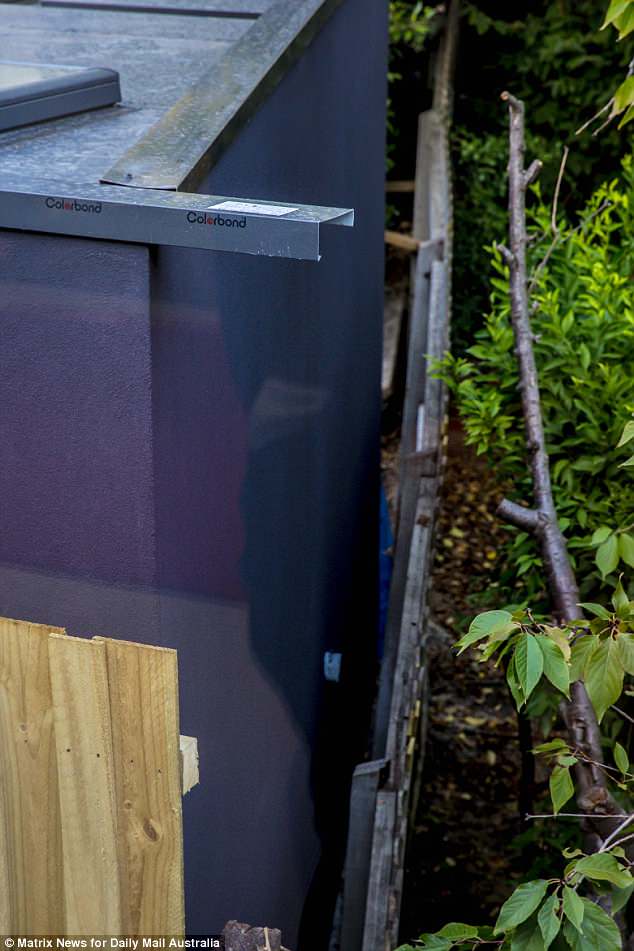 Calombaris’s wife told the Herald Sun the building was legal.

‘We have also continued to ensure our neighbours who share a land boundary with us were kept informed of the progress of the construction works – as we were required to do – and those neighbours have expressed no issue with the construction or the process that took place,’ Ms Tricarico told the newspaper.

Ms Tricarico understood the need to keep neighbours informed of building works and was adamant the gym was constructed in accordance with permits.

Ms Elsworth told The Kyle and Jackie O Show: ‘I’m not wealthy, it’s just that this neighbour of mine is the biggest bully I’ve ever met.’

Calombaris bought the home he shares with his wife for $4.75million in 2014.

Calombaris will return for his 10th season of MasterChef Australia next week. 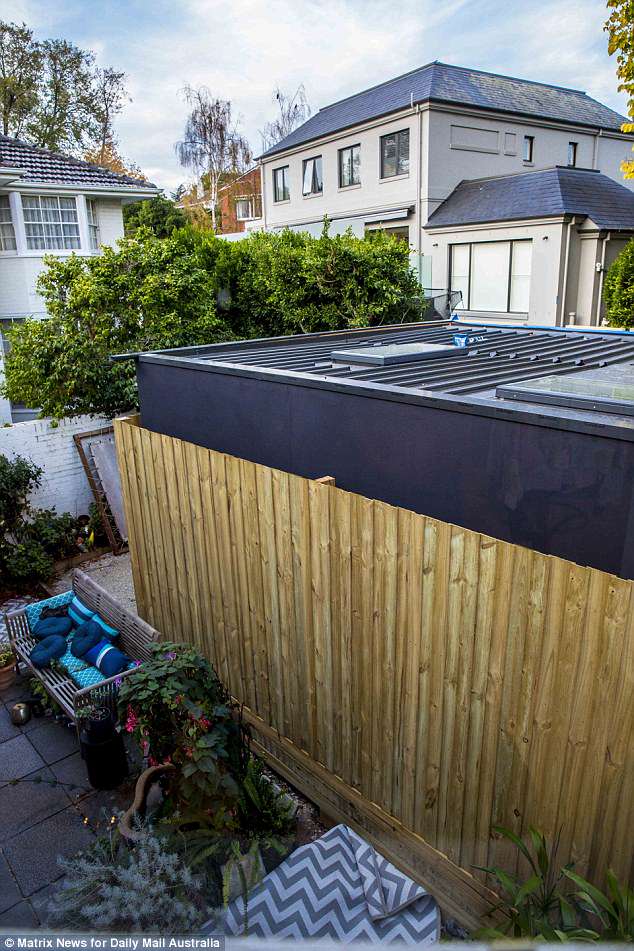