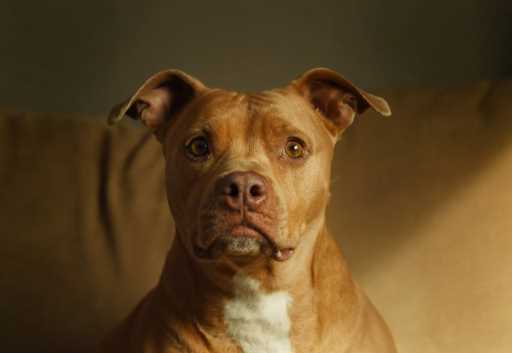 Lone Tree looks like it’ll be the latest community in Colorado to end a ban on pit bulls, following similar recent moves in Denver, Aurora and Commerce City.

If that’s the case, Louisville will be the only one left in the entire state with breed-specific legislation still on its books.

“I think the progress has been remarkable,” said Ali Mickelson, a spokeswoman with the Dumb Friends League in Denver, which has been pushing to do away with breed bans. “There was a lot of focus on pit bulls for a long time — but any dog can bite, regardless of breed. The better way to protect our communities is to have dangerous dog laws.”

The reversal on prohibiting ownership of pit bulls has been dramatic in Colorado. Castle Rock started the wave three years ago, and it culminated late last year, with voters in Denver putting an end to the city’s 30-year-old ban on pit bulls.

Elected leaders in Aurora and Commerce City made similar moves in January. Fort Lupton did the same in 2019. Lone Tree in south suburban Denver is likely to follow June 15; the city council gave preliminary approval to ending the ban earlier this month.

Lone Tree’s ban was instituted in 2006 following the mauling of 10-year-old Gregg Jones by three pit bulls in the boy’s Aurora backyard the year before; he lost his left arm and sustained face injuries. But many pit bull advocates claim the dogs have been unfairly blamed and dog owners are ultimately responsible for proper training and socialization.

“Pit bulls are widely misunderstood,” said Carol Sorensen, a 24-year resident of Lone Tree who helped lead the effort to rescind the city’s pit bull ban. “When you focus your efforts on a single breed, you’re not solving the problem. It’s not about the breed — it’s about the behavior.”

Denver resident Amanda Thompson grew up in Lone Tree but has been unable to move back home because she owns a pit bull, a rescue named Luna. She hopes the city gives final approval to lifting the ban. Luna is a “princess,” Thompson said, and nothing like the picture of terror some assign to the breed.

“You better allow her to give you a thousand kisses a day,” she said. “The most dangerous thing about her is her tail.”

Lone Tree Mayor Jackie Millet said calls to rescind the pit bull ban in her city first emerged from citizens a couple of years ago.

“All the data, all the facts, didn’t support continuing the ban,” she said.

In Castle Rock, there has been no increase in dog bites associated with pit bulls since the Douglas County town’s ban was lifted in 2018, according to data from the Castle Rock Police Department.

“From 2018 to 2020, seven dogs identified as dangerous animals were removed from the town,” Castle Rock Police spokeswoman Taylor Temby said. “This is consistent with prior years, and none of these were pit bulls.”

In Aurora, there were 19 pit bull bites from Feb. 15, when the ban officially lapsed, through June 1. The city saw the same number of bites during that 3 1/2-month period in 2018, when the ban was in place.

In 2019, there were 20 pit bull bites during that February to June period. And the number of bites from pit bulls in Aurora from Feb. 15-June 1, 2020, dropped to 11, though much of that time the state was in the pandemic lockdown.

But people who want to keep bans in place say pit bull attacks are much more likely to result in serious injury or death. In statistics compiled by dogsbite.org for the years 2005 to 2019, dogs killed 521 Americans. Pit bulls were responsible for two of every three of those killings — 346 total.

One Lone Tree resident, referred to only as “Joe” at a virtual community forum in April, voiced concern about the city eliminating its breed-specific ban. The Post was not able to find the man’s last name.

“There’s a little difference between getting bit by a Maltese or a pug or something like that,” he said. “When (pit bulls) are violent, they are super violent, and you’re being naive by saying they’re the same as those other dogs — because they kill people.”

Just last week, the Aurora Sentinel reported that an Aurora man sued the city for its decision to end its pit bull ban, saying the 7-3 vote by its city council in January flew in the face of a vote by Aurora residents in 2014 to keep the ban in place.

As for Louisville’s pending last-city status, Mayor Ashley Stolzmann said it hasn’t been a hot topic. The city east of Boulder gets a few emails about it every year, she said, but the pandemic occupied city leaders’ time for the last year.

If residents want the council to take up the issue, Stolzmann said she and her colleagues will respond and have the discussion.

“We can only get so much done each year,” she said.