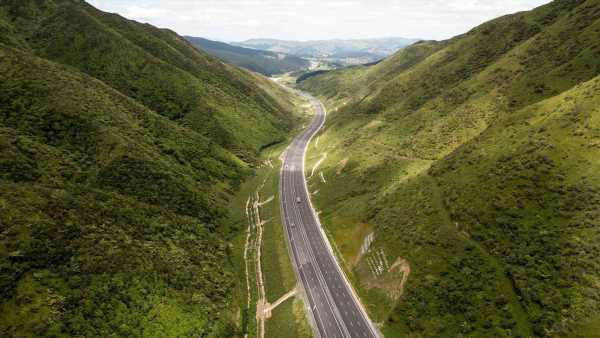 Waka Kotahi NZ Transport Agency is deferring some quality assurance tests and reducing the requirements for others in a bid to get Transmission Gully open earlier than would otherwise be possible.

This is a significant shift from Waka Kotahi’s previous position that all of the 100 contractually required safety and quality assurance tests must be completed before the road could open.

There is immense public pressure to get the $1.25 billion road open sooner rather than later, especially with the Easter holidays approaching.

The troubled new motorway out of Wellington has missed several opening deadlines, blown its budget, and become the butt of jokes in the region.

In an update on the road’s progress this afternoon, Waka Kotahi said it has agreed to defer 19 outstanding quality assurance tests originally required under the contract to be completed before the road’s opening.

This leaves a total of 81 tests required. However, Waka Kotahi has also agreed to reduce the requirements for a further 30 tests.

“These 19 deferred and 30 reduced assurance tests will all be completed to the contractually agreed standards after the road opens to traffic”, Waka Kotahi said.

Transmission Gully is being built through a public-private partnership (PPP), the Wellington Gateway Partnership (WGP), with CPB Contractors and HEB Construction subcontracted to carry out the design and construction.

As of yesterday, 63 of the 81 remaining safety and quality assurance tests had been accepted as meeting the required standards.

Just 18 assurance tests are outstanding, 15 of which now have reduced requirements.

The three remaining consent tasks have been submitted to Greater Wellington Regional Council for certification or confirmation.

“Waka Kotahi is not prepared to compromise on the long-term safety of the road but we are working to balance this along with the road’s reliability, safeguarding the public from any future financial liability for defects not remedied now, while doing everything we can to ensure people can use this vital transport connection as soon as possible”, Waka Kotahi said.

Independent inspection reports carried out last year revealed the four-lane-highway has been plagued by flawed chipseal and water seeping through the road’s surface.

The chipseal defect played a significant part in the road’s opening being pushed back once again just before Christmas. Originally expected to open in April 2020, the road is now expected to open this year.

The images showed rollers doing remedial work to address the bleeding of the chipseal surface, milling and repair work, and the road being dug up to install a subsoil drain to manage water issues.