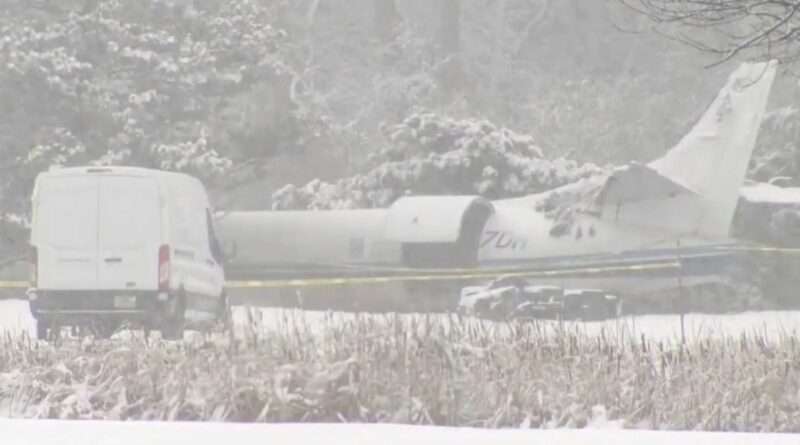 Rescuers attending to a plane which crashed over Wisconsin, USA and left three three people injured have miraculously managed to save all 53 dogs from the wreckage.

Amazingly, no human or canine passengers were seriously harmed as the plane plunged into Western Lakes Golf Club in Wisconsin on Tuesday (November 15).

He said: “I was in a building up here and didn’t hear anything, but there was a couple employees working on the course that heard this plane coming down and witnessed it hitting the fifth green, crashing between two trees, (going) through a marsh and another 100 feet through the second hole fairway and onto the third hole, where it uprooted another tree and came to a rest."

The plane had taken off from New Orleans and was due to drop off the death-defying dogs at the Humane Animal Welfare Society of Waukesha (HAWS) in Wisconsin where they were to be put up for adoption.

But while on route, the plane crash-landed on the golf course, for reasons which remain unclear.

The plane hit trees on its way down, ripping off its wings before it ploughed into the course and skidded some distance along the ground, uprooting a tree before if came to a juddering halt.

Thanks to the rapid reaction of the ground staff, who managed to pull three passengers out from the wreckage immediately before moving the dogs out of the plane in their crates, there were no fatalities.

Hoelz was asked what his reaction was when he saw the crash, telling Fox News: “I mean disbelief to start with, but obviously the first question is, is everybody okay? And thankfully the answer is yes.”

Some of the dogs suffered minor "bumps and scrapes" but none were seriously harmed.

The cause of the crash is not yet known, but investigations are underway to establish what went wrong.

In another stroke of good fortune, the golf course was blanketed in snow, meaning no golfers were on the greens at the time of the crash.

“There were over 200 golfers here last Thursday,” Hoelz said.

“A week ago, it would’ve crashed onto golf holes that people were playing on. It could’ve been bad.”