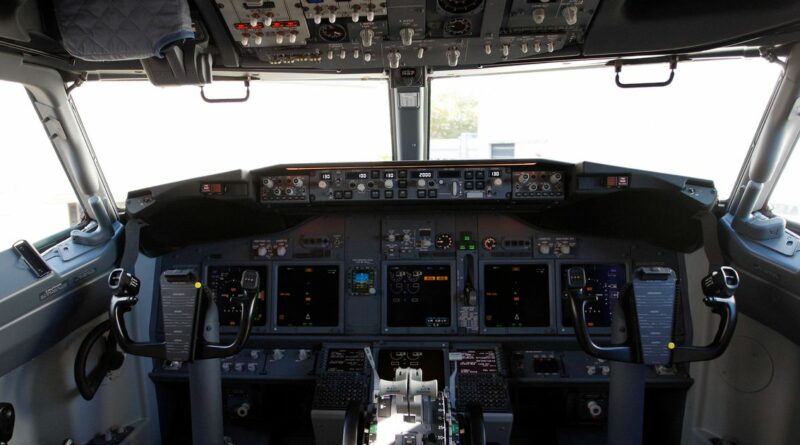 A plane passenger dramatically broke into a jet's cockpit and "damaged" the controls before trying to jump out of the window.

The man was arrested after the incident onboard the American Airlines Boeing 737-800 airliner at a Honduras airport.

The shocking incident happened at Ramon Villeda Morales International Airport in San Pedro Sula during boarding for Flight 488 to Miami International, the airline said in a statement.

The plane’s passengers had been boarding at the time, and the secure cockpit door had been left open.

According to local reports the suspect – named by LaPrensa.hn as Aaron Christopher Ebanks Fuentes – had become annoyed with the aircrew after being told where to put his bags.

He reportedly ran through the passenger compartment before entering the cockpit and damaging one of the engine throttle levers, before then appearing to try to make his escape by opening a cockpit window and attempting to climb out.

The suspect was quickly subdued by American Airlines employees onboard and then taken into custody by local police.

He is currently being held in La Lima police station, pending charges.

Pictures from the scene show the left-hand engine throttle being significantly bent out of shape, and the suspect, apparently without his shoes on, being taken away in a wheelchair.

Witnesses at the airport describe an “object” being stuck in the man’s mouth as he was led away.

The aircraft, which had been scheduled to carry 130 passengers and six crew to Miami, was assessed as being unfit to fly as a result of the incident.

Another plane was sent to San Pedro Sula to help passengers complete their journey.

The new flight was scheduled to depart at 9:30 p.m, local time.

“We applaud our outstanding crew members for their professionalism in handling a difficult situation,” said a statement from American Airlines.

The Honduran Airport Infrastructure and Services Company said there had been no additional delays beyond the cancellation of Flight 488.