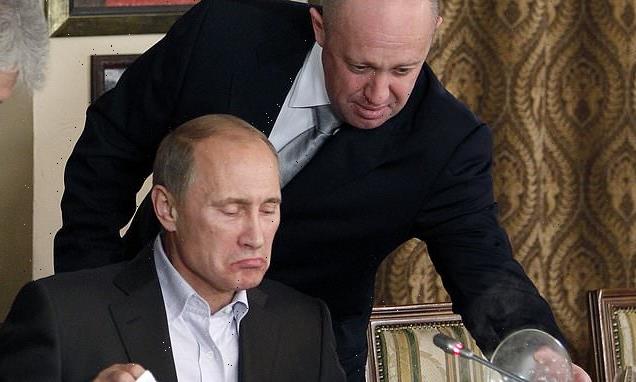 Investigators are trying to unravel the shady history of a private jet held at Luton airport at the weekend after it was linked to a Putin crony.

The Gulfstream G550 is thought to be used by Yevgeny Prigozhin, an oligarch who runs the Kremlin-backed Wagner Group of mercenaries fighting in Ukraine.

He is known as ‘Putin’s chef’ because of his past catering contracts with the Kremlin.

The jet landed with no passengers on Saturday after apparently flying in from Dubai. Transport Secretary Grant Shapps placed a flying ban based on intelligence that the plane had been used by Prigozhin.

Yesterday it was reported that logs show the jet regularly flies to Benghazi in Libya, where Khalifa Haftar, a warlord supported by Russia, is based. 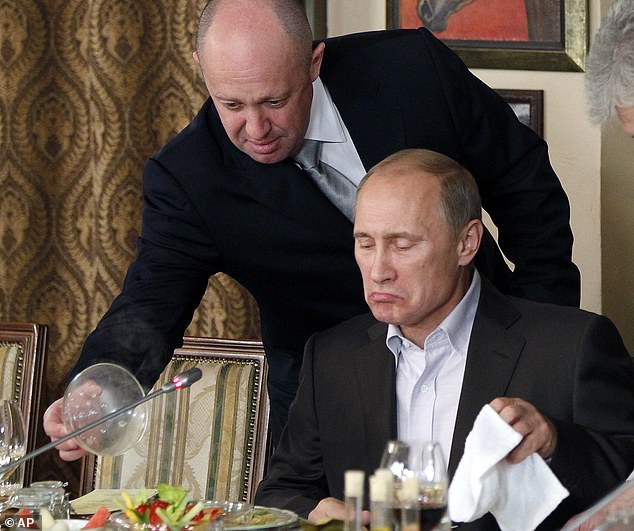 However, Falcon Wings, a VIP airline, told The Times: ‘There is definitely no connection between the plane and this Russian businessman.’

The jet is registered in the tiny Dutch Caribbean territory of Aruba.

Over the past few years it has regularly landed in Dubai, Barcelona and Cairo but has also landed at Luton, Stansted and Shannon airport in Ireland, as well as Moscow.

Media outlets in Nigeria linked Prigozhin to the jet after he reportedly met senior military figures there in June 2021.

The UK sanctions list describes Prigozhin, 60, as ‘a Russian businessman with close links, including financially, to the private military company Wagner Group.’ 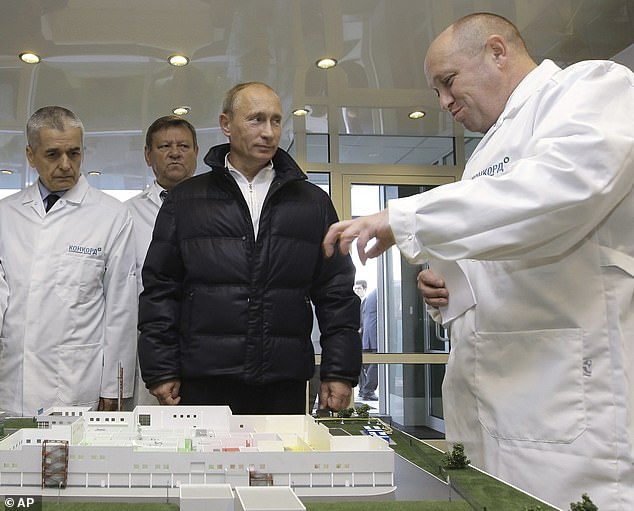 Businessman Prigozhin, right, showing Putin around his factory outside St Petersburg, Russia, in 2010

It adds: ‘Prigozhin is engaged in and providing support for Wagner Group’s activities in Libya, which threaten the country’s peace, stability and security.

‘In particular, Wagner Group is involved in multiple and repeated breaches of the arms embargo in Libya including delivery of arms as well as deployment of mercenaries into Libya.’

He was sanctioned by the UK in 2020 due to his activities undermining the peace process in war-torn Libya.

A recent EU sanctions listing for the Wagner Group said: ‘The Wagner Group is responsible for serious human rights abuses in Ukraine, Syria, Libya, the Central African Republic (CAR), Sudan and Mozambique, which include torture and extrajudicial, summary or arbitrary executions and killings.’

Two jets suspected of belonging to the billionaire Eugene Shvidler, a close associate of Chelsea FC owner Roman Abramovich, are under indefinite detention at Biggin Hill and Farnborough airstrips.

A helicopter owned by the Russian firm HeliCo Group has also been impounded on the orders of Mr Shapps.