Police in Paris began clearing 1,500 migrants out of one of the city’s largest makeshifts camps on Wednesday.

Officers arrived early at the so-called Millenaire camp and marshalled the migrants, who mainly hail from Africa, on to waiting buses while dismantling a city of tents left behind.

The migrants will now be taken to gymnasiums in the Paris region, according to city authorities, where they can be housed in safer conditions. 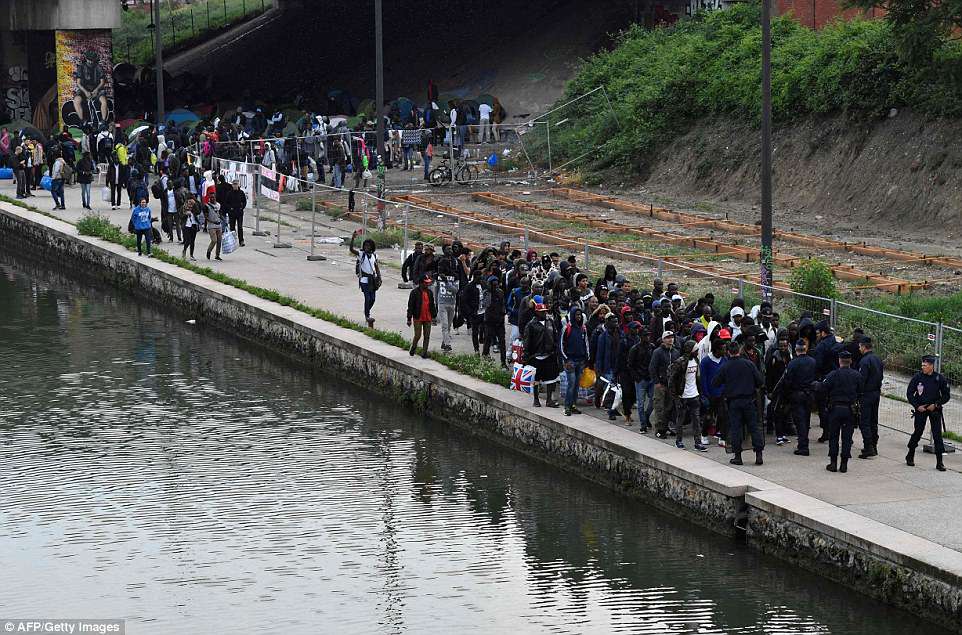 Police arrived early on Wednesday in order to clear the Millenaire migrant camp in northeastern Paris, the largest of several camps dotted around the city’s waterways 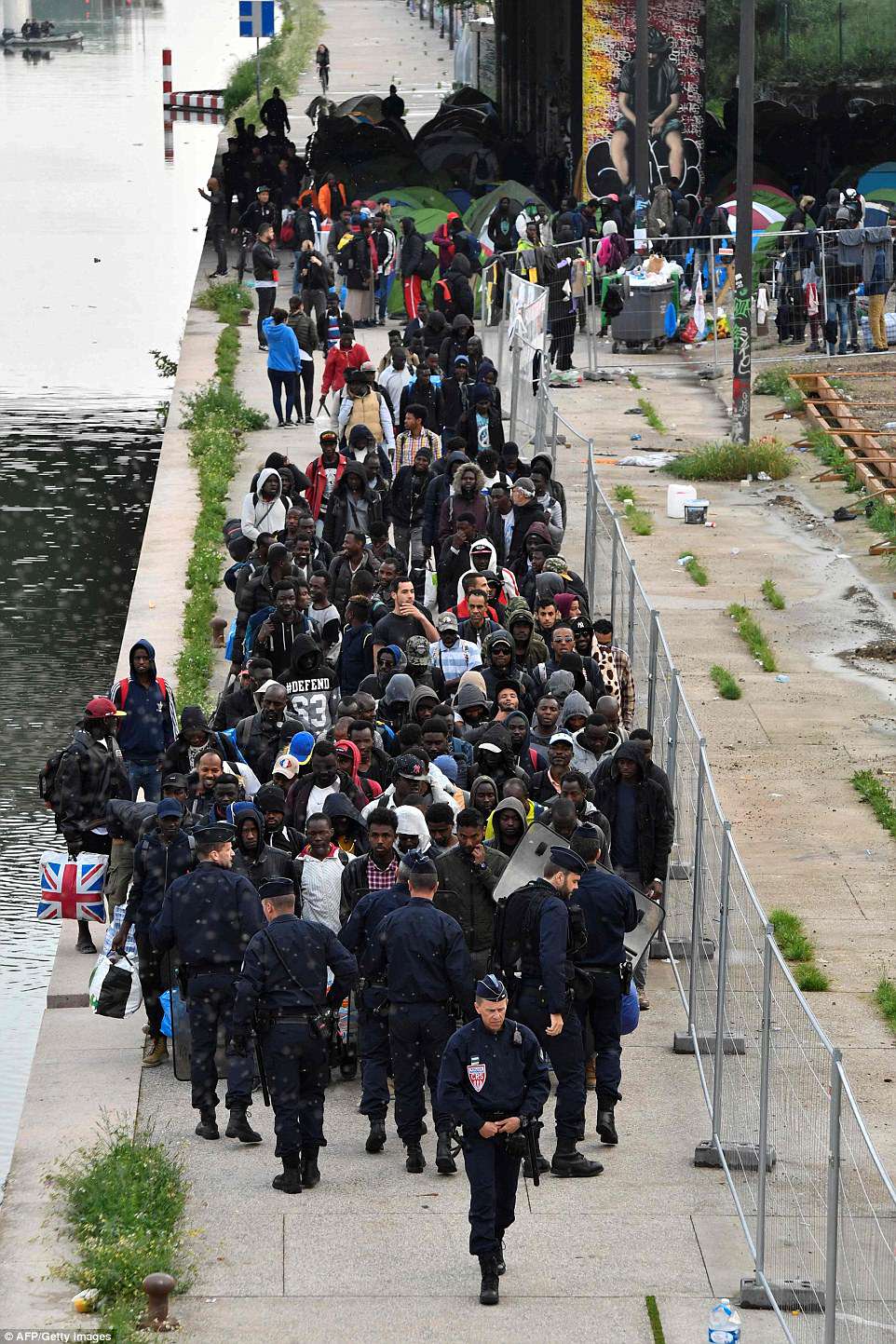 Riot police watched as the migrants, who mostly hail from Africa, were marshalled on to waiting buses and taken to gymnasiums where they will now be housed 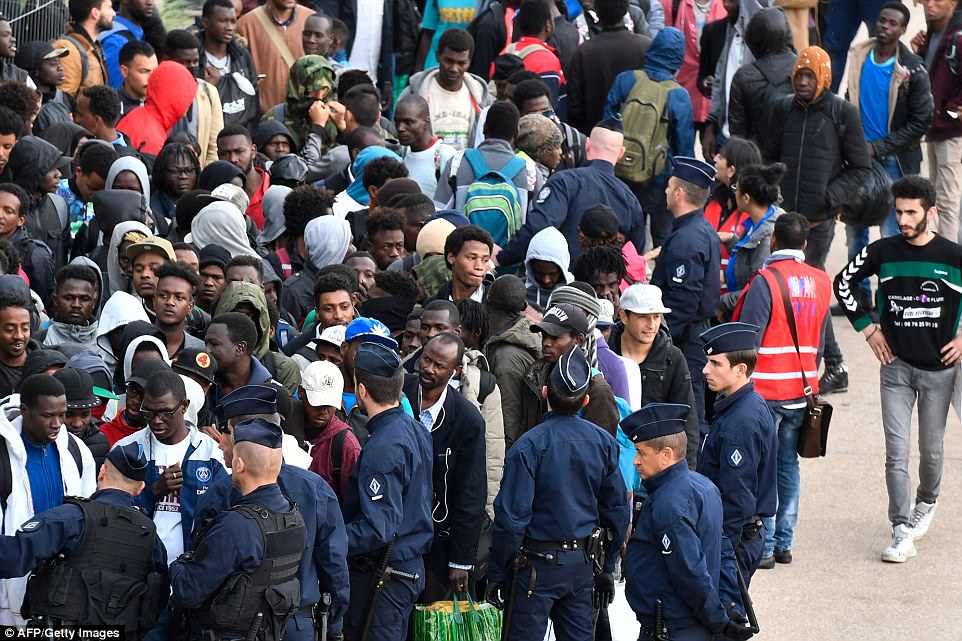 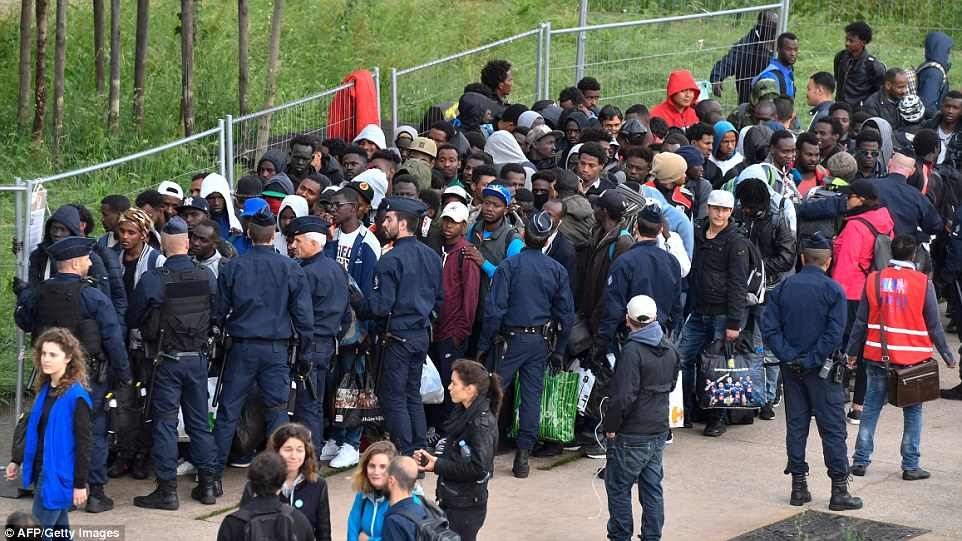 Paris authorities claim they need more help from central government to deal with the migrant issue having cleared 28,000 people from camps around the city since 2015 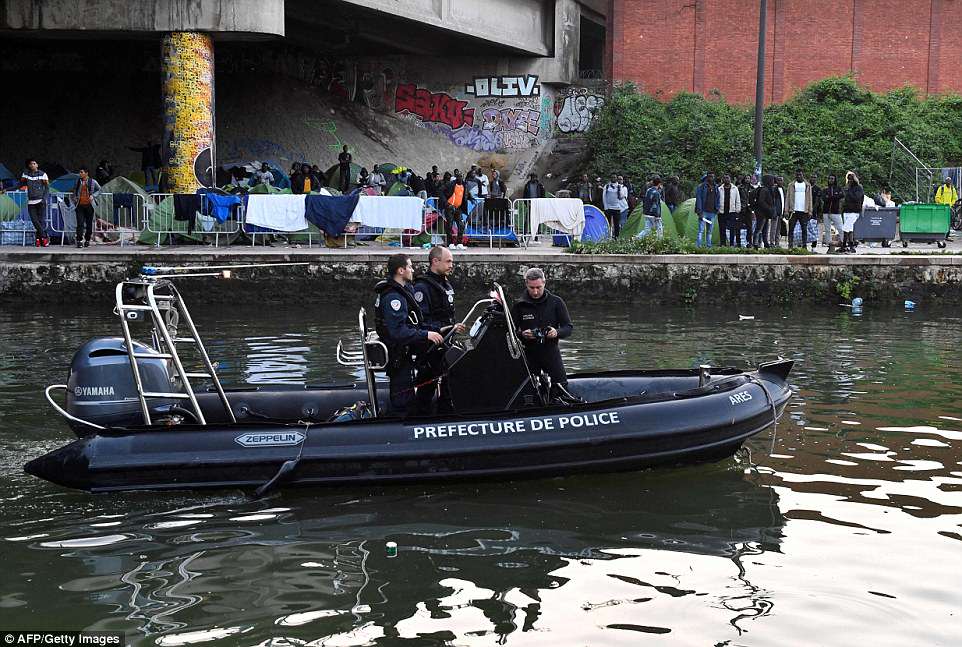 The Millenaire camp is named for the shopping mall which overlooks the Canal de Saint-Denis, where it is located 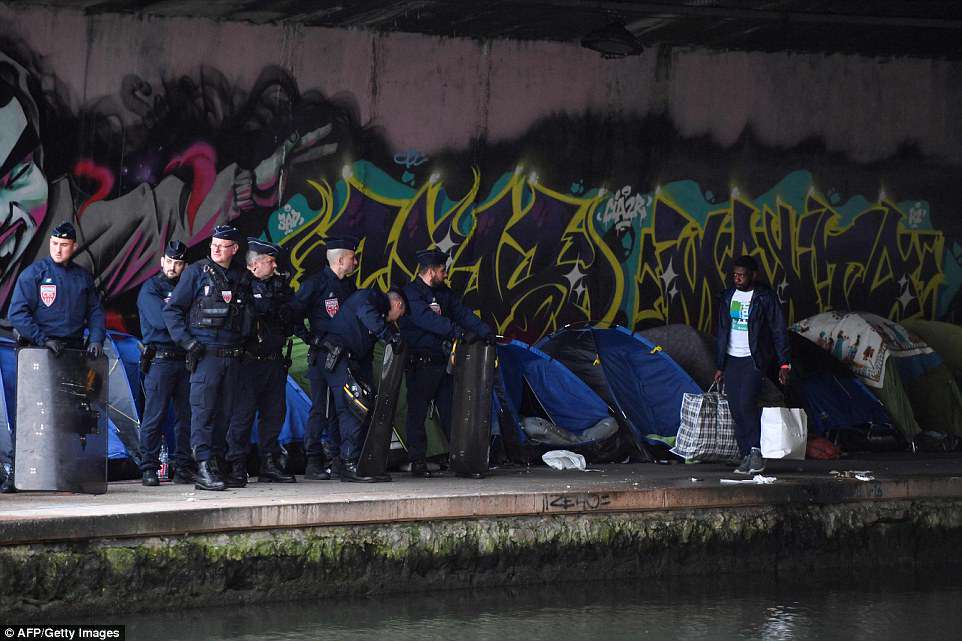 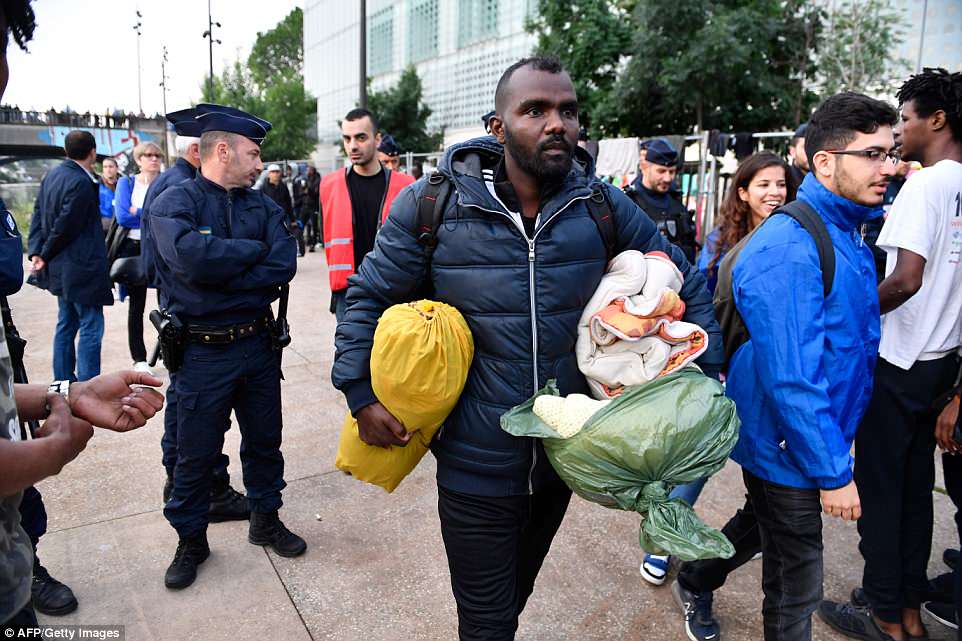 Paris’s mayor says more need to be done to support the migrants, rather than simply breaking up the camps or summarily deporting the new arrivals

Two people drowned recently and multiple others have been injured after fighting broke out in camps which are dotted around Paris’s canals.

Police have cleared out some 28,000 migrants from Paris camps in the past three years, but the arrivals continue.

France has undertaken previous measures to clear out migrant camps in Paris, only for new camps to spring up.

Europe has faced a migrant crisis since 2015 following wars in Libya and Syria, and more than 1million people from Africa and the Middle East have tried to reach the continent via Turkey or by sea.

French President Emmanuel Macron’s government has said it wants to be both firm and fair on immigration but it took a tougher stance lately, with parliament approving a bill that tightens asylum rules.

At the centre of the government’s tougher stance is Gerard Collomb, the interior minister, who helped draft the tougher legislation and who ordered Wednesday’s evacuation. 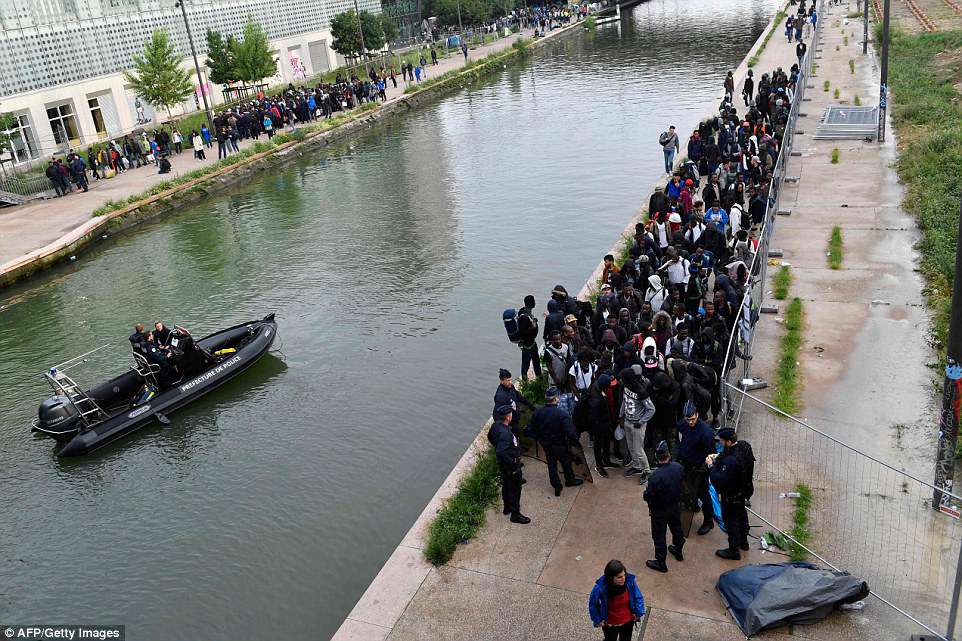 French President Emmanuel Macron has said he wants to be firm but fair on migration, which is a marked departure from predecessor François Hollande’s open door policy 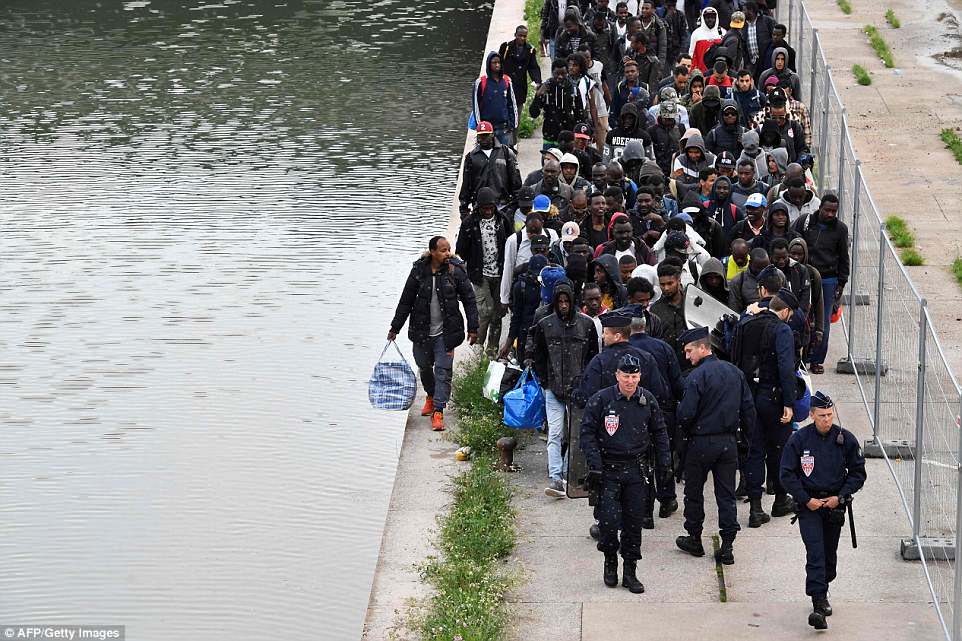 rench anti-riot police officers escort migrants and refugees during the evacuation of the Millenaire camp, which has been emptied several times before but continues to reappear 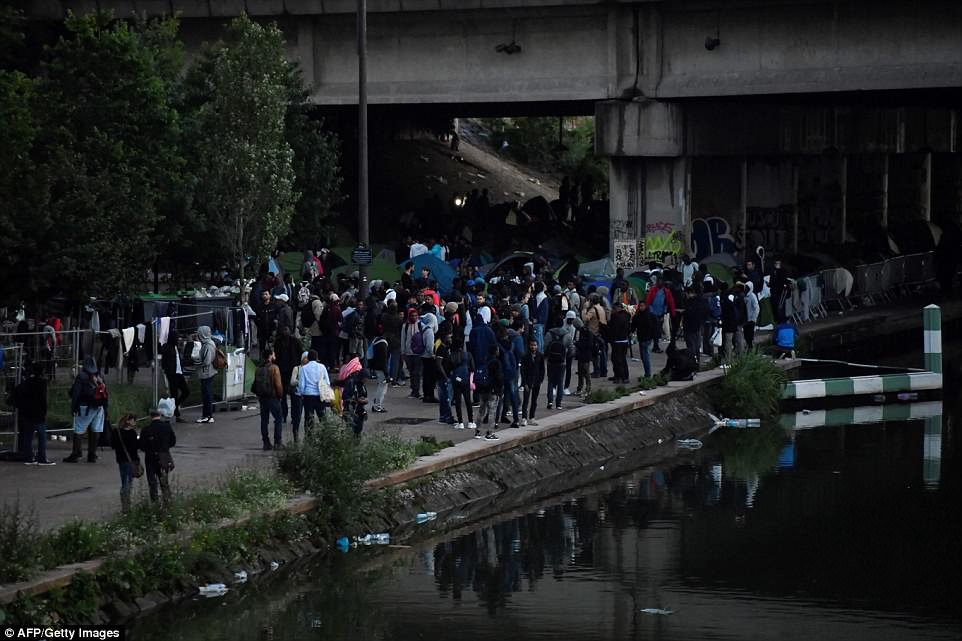 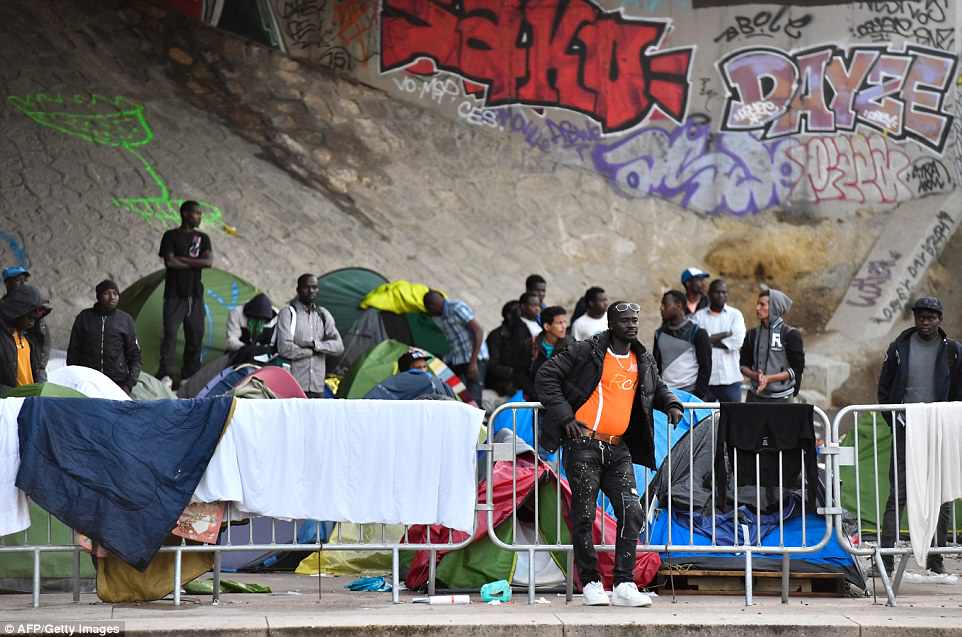 Europe has seen millions of migrants arrive on its shores since the Syrian refugee crisis of 2015, with France and Paris in particular being one of the most popular destinations 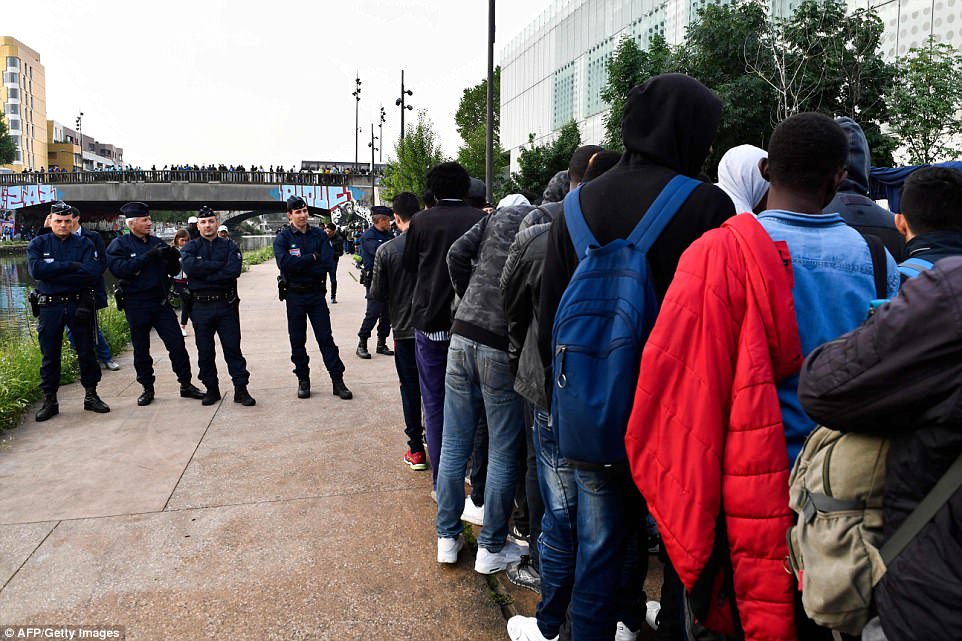 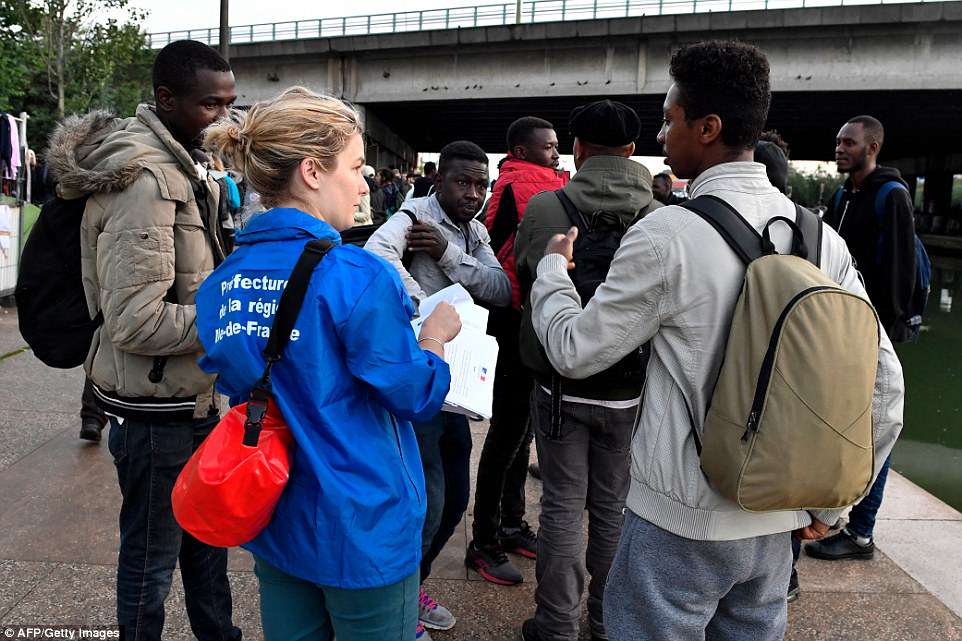 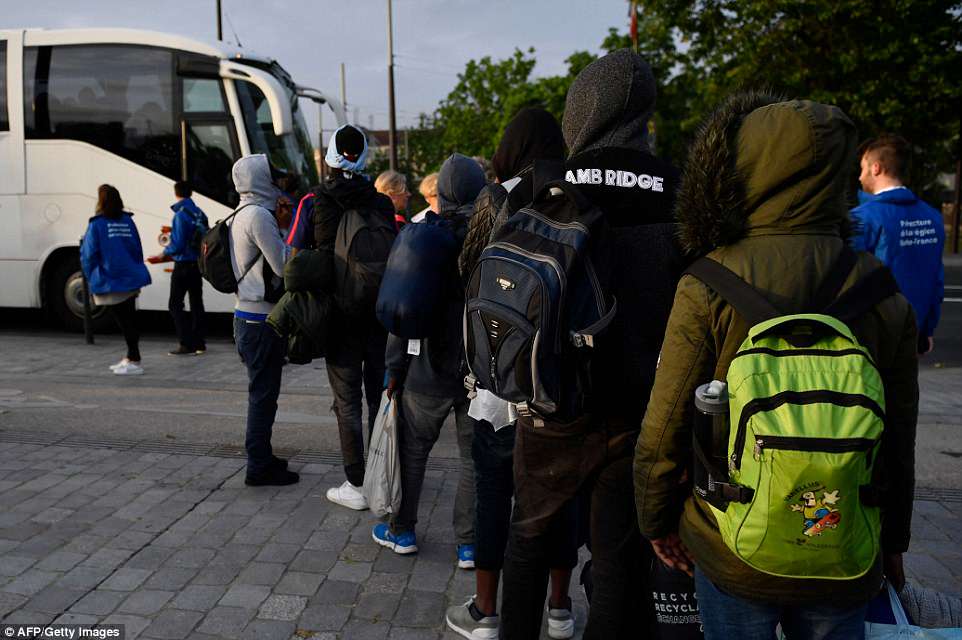 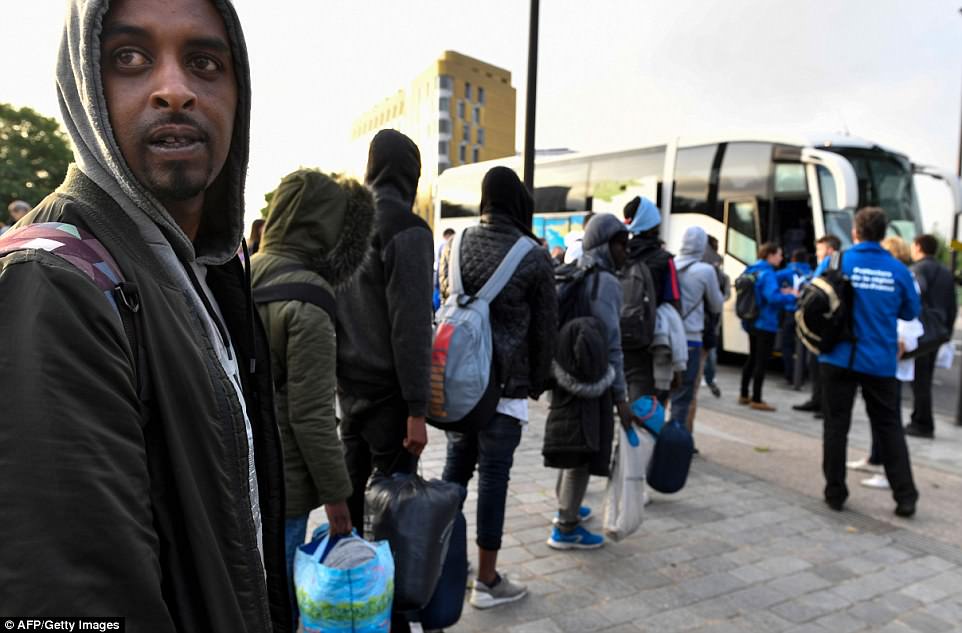 The Millenaire camp was located along a popular jogging and cycling route, was overlooked by offices and sat next to a busy waterway, drawing complaints from neighoburs 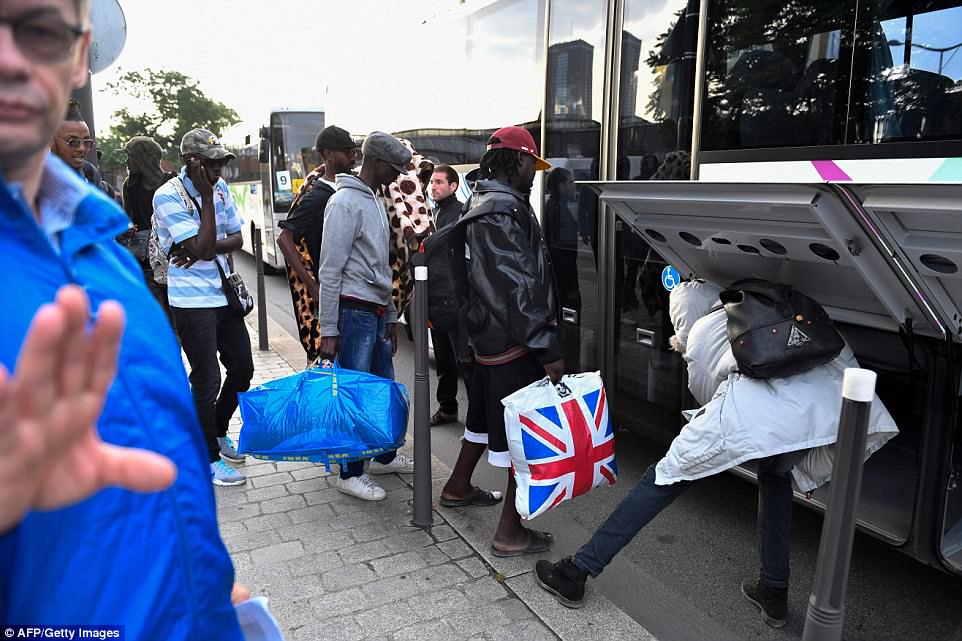 Pushing back against Collomb is Paris’s mayor Anne Hidalgo who had previously dragged her feet over clearing out the migrant camps, saying more needed to be done to support the new arrivals.

The mayor and aid groups want the migrants put in shelters, not just evacuated in a police operation and dispersed or summarily deported.

Collomb accused her of refusing to clear the camps and urged her to come up with a long-term plan over how to deal with new arrivals.

He also said that Hidalgo had left him with ‘no choice’ but to order an evacuation.

The Millenaire camp is named for the large shopping mall in north-eastern Paris which overlooks the Canal de Saint-Denis where the migrants were camped.

It has been cleared at least once before, but the continual stream of immigrants into Paris means it has continued to fill back up again.

The camp sits along a popular jogging and cycling route, is overlooked by offices, and sits on a waterway which is used by shipping companies.