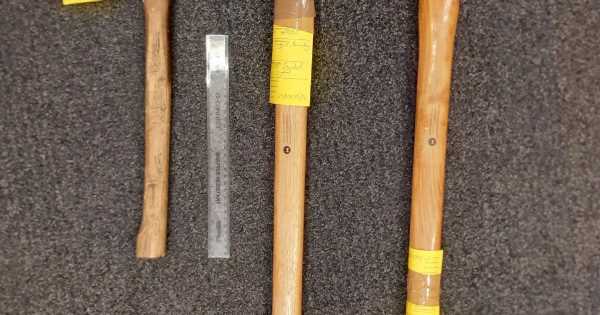 Lancashire Police has detailed its latest clampdown on drugs gangs in the most dramatic way possible with a story of 'balaclava-clad people' who carry "machetes and firearms".

In a Twitter thread, seemingly written by someone who went on a creative writing course, the constabulary explained about Operation Coolant.

The operation was launched to target organised criminal groups by acting on intelligence to target properties and people linked to cannabis growing and selling.

But the Twitter thread, which was accompanied by images of weapons and bullets, as well as bags of weed, was extremely dramatic, in an attempt to make the reader feel like they were in a specific situation.

They tweeted: “You’re sat at home and notice a car screeching to a halt outside.

“Suddenly, there are balaclava-clad people heading towards your own or a neighbours’ door, carrying machetes and firearms.

“What if we told you that they were just after ‘a bit of weed’?

“In March, we launched #OpCoolant – an operation to disrupt OCG activity throughout the East of the county, by seizing cannabis crops before rivals can get to them and in turn, protecting the people of Lancashire from possible onward violence.”

There is then a video clip of DCI Tim Brown talking about how they've made 19 arrests, busted 50 cannabis farms, and seized around £2m worth of cannabis, as well as numerous weapons and firearms during the operation.

They continued: “We know that people have their own views on cannabis, however it’s time to realise that growing ‘a bit of weed’ is strongly linked to organised crime and in turn exploitation, human trafficking and Class A drugs supply.”

The thread then shows two images of run down, grotty-looking accommodation as the force attempts to dispel myths around the “glamour” of drug dealing.

“Not only this, but the pictures speak for themselves; boarding your door in fear of who might come knocking and having weapons ready for when they do – not quite the glam life drugs are meant to all be about, is it?,” they said.

“And would you want to end up potentially living somewhere like this against your will or even out of choice, because you have no other choice?

“Have your own suspicions? You can let us know by giving us a call on 101 and know that we will take your report seriously and we will take action to stop cannabis growing and ‘taxing’ in its tracks.”

The thread was praised on social media, with one user calling it a “phenomenal result”, while others thanked the unit for “making the streets safer”.