COPS searched a 'snarling' woman in a Burger King toilet and found seven syringes inside her vagina during a search.

As police patted her down they felt 'something hard' on the right side of her groin, which made her flinch and move away. 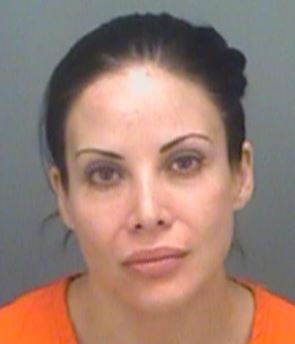 Jeymie Wescott, 35, was allegedly 'snarling and yelling' in the toilets of the fast food restaurant and refused to leave.

Wescott, from St Petersburg, gave consent to the initial search but became agitated when they found her stash.

While refusing to idenifty the item, Wescott reportedly "spontaneously uttered she 'f***ed up'".

Investigators said they gave the 35-year-old "many opportunities to tell deputies what the contraband was in her vagina but she refused to."

Cops soon concluded that there were "several indicators of narcotics usage".

It was only after Wescott was at the Pinellas County lockup that she relented and “removed 7 syringes from her vagina” in the presence of three jailers.

The syringes had a clear substance inside and the liquid is currently being carried out.

Wescott, was charged with possession of drug paraphernalia and resisting an officer without violence, both misdemeanours, and introducing contraband into a penal institution, a felony.

She has prior convictions for DUI, methamphetamine possession, and leaving the scene of an accident.