An elderly couple have been caught on camera appearing to steal jewellery from a shop before leaving.

She then viewed her CCTV footage and saw a smartly-dressed elderly man put the item into a large carrier bag before exiting the store with a woman. 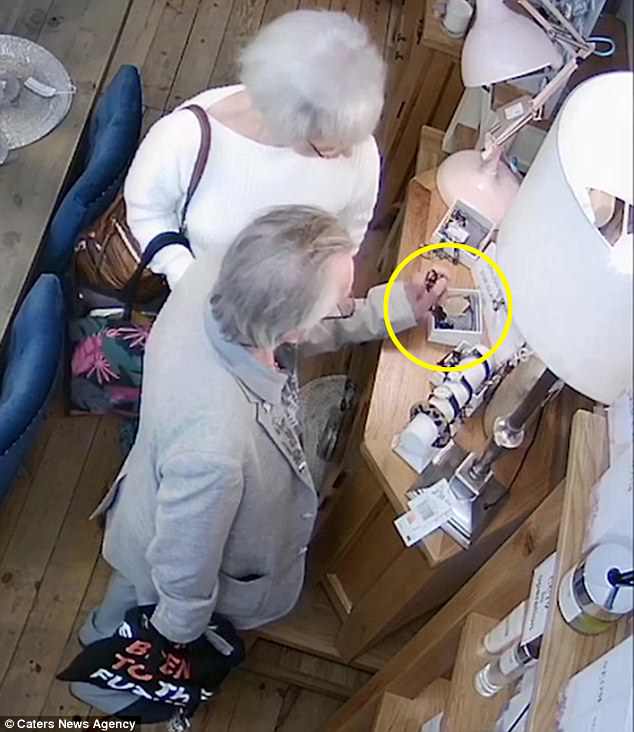 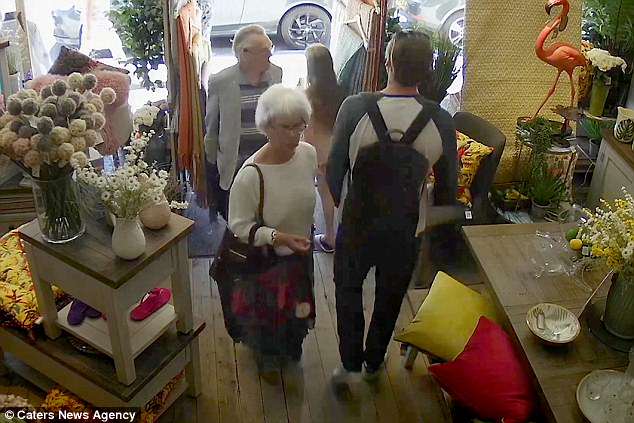 The incident happened at Scape Interiors in Leigh-on-Sea, Essex, last Friday at about midday

Ms Blatch, 54, was left furious by the incident and shared a clip online, which has been viewed by more than 10,000 people. Essex Police are now investigating.

She said: ‘I was shocked when I realised (they) were an elderly couple. It goes to show we shouldn’t judge anyone on their appearances.

‘I would not have imagined the couple who are on the CCTV would be the ones (allegedly) responsible for the theft.

‘The item they stole was a £65 long necklace which had a tortoise shell effect. Both of them have been named by local people but no arrests have yet been made. 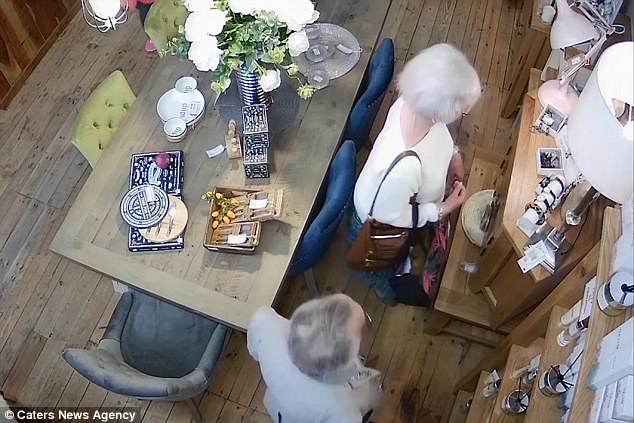 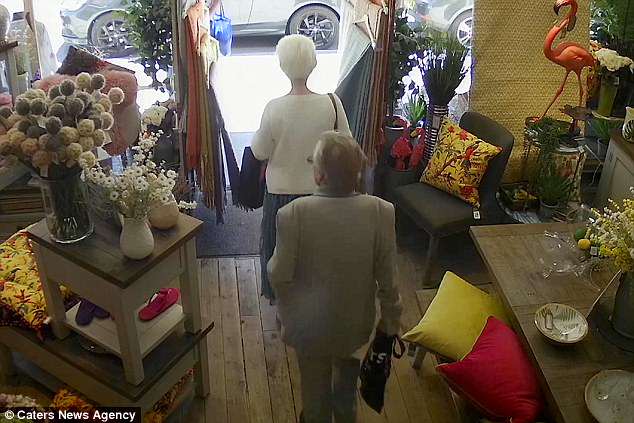 Ms Blatch, 54, was left furious by the incident and shared a clip of the CCTV footage online 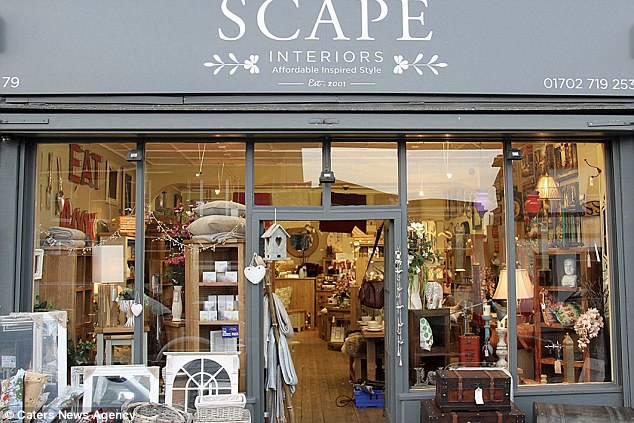 The theft took place from Scape Interiors in Leigh, which also once had two £700 rugs stolen

‘I just want the necklace back. Thankfully I have some great customers and since sharing the post online it has been viewed by over 10,000 people. 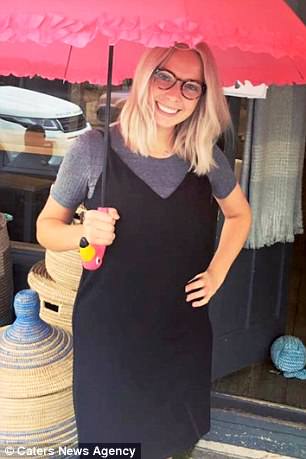 ‘The power of social media is amazing and I’m sure we’ll get justice eventually.’

Scape Interiors – a stylish furniture and jewellery store – will now be more vigilant towards elderly thieves.

Ms Blatch added: ‘The couple in this CCTV were carrying empty shopping bags with them which, looking back, is a little strange.

‘It’s annoying that this has happened to our store but there is always sanctification when they are caught.

‘I wasn’t working when this theft took place but thieves are so clever these days that it’s impossible to watch every single person.

‘Even though we don’t get a lot of thieves, we did have two £700 rugs stolen not so long ago which were rolled up and placed into an empty pram.’

A spokesman for Essex Police said: ‘We are investigating the theft from a shop in Leigh-on-Sea on June 22.

‘Around midday, a man entered the store on Broadway and picked up an item which he left the shop with, without making an attempt to pay for it. Enquiries are ongoing.’