Voo-dunnit? Police hunt voodoo worshippers at celebrity haunt hotel after goat is found with ritual dagger in its back following botched sacrificial ceremony

South African police are investigating a potential link between black magic worshippers and a beach-side hotel popular among the rich and famous, after a goat was found with a ritual voodoo knife stuck in its back.

The goat was found bleating in pain on Camps Bay beach in Cape Town – a top tourist spot – opposite The Bay Hotel, where Prince Harry booked a whole floor in 2013.

Police believe the goat was supposed to have been slaughtered as a sacrifice in a black magic ritual during the full moon the night before, but escaped from its tether. 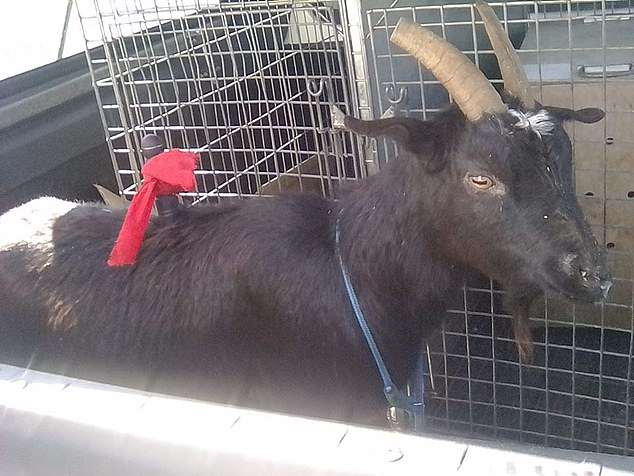 Poor Hilda! The goat was found with the ceremonial dagger stuck in its back on Camps Bay beach in Cape Town, South Africa

It is thought a group of devil worshippers had taken the black goat – its colour is significant in witchcraft rituals – down to the shoreline to slaughter it in the shallows.

The handle of the sacrificial knife found in the goat’s back had been wrapped in red cloth and what appears to be human hair.

Voodoo mystery: Police believed a group of devil worshippers had taken the black goat down to the shoreline near the hotel to slaughter it in the shallows 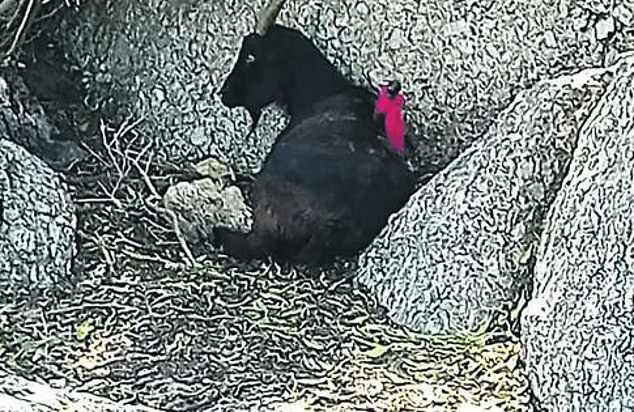 Paint it black: Experts say the goat’s colour is significant as it is common for black goats or black chickens to be used in rituals to ward off bad luck 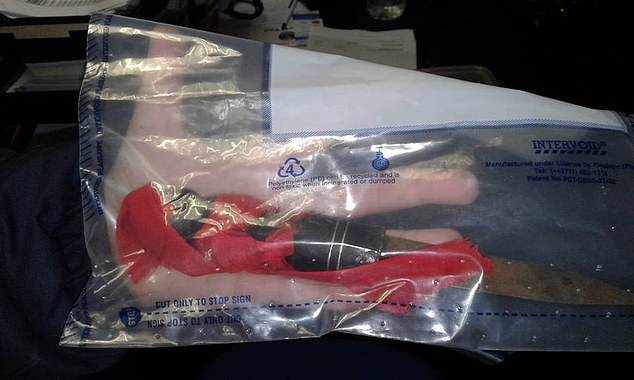 Cape of Good Hope SPCA, an animal rescue charity, were called out by police and managed to calm and catch the goat and transfer it back to their hospital for medical attention.

The goat was named Hilda and was immediately operated on by a vet and the blade was safely removed and it is believed the injured animal will make a full recovery.

SPCA spokeswoman Belinda Abraham said: ‘Law enforcement officers came across the distressing sight of a goat on the beach with a big knife firmly implanted in its back.

‘The officers immediately called us and we came out and rescued the animal who had lost a lot of blood. It would seem it was to be used for a ritual sacrifice but got away’.

‘Hilda is doing quite well and there are no issues with her mobility. We are monitoring her for secondary infections and she seems to be thriving and is happy here with us’. 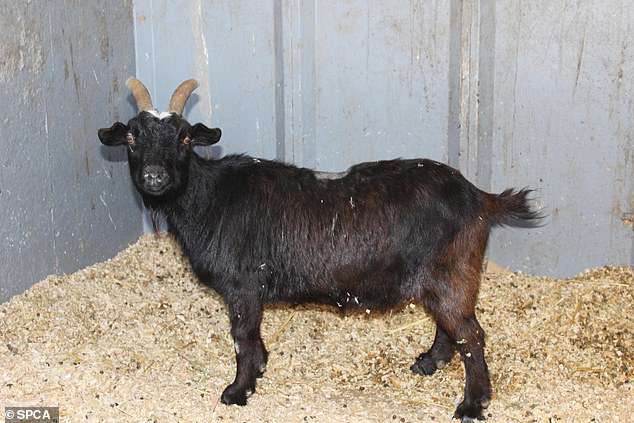 Happy Hilda! The goat was immediately operated on by a vet and the blade was safely removed and it is believed the injured animal will make a full recovery 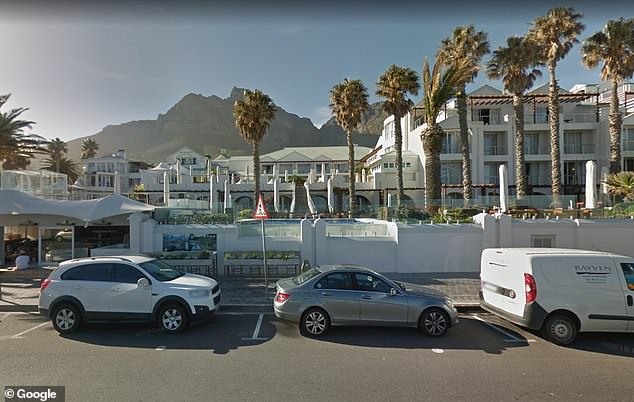 Law Enforcement officer Wayne Dyason said: ‘It is suspected the animal was involved in some type of ritual that occurred during the night on the beach but managed to evade its captors.

‘The handle of the knife was wrapped in red cloth material with hair woven into it.

We are making inquiries to discover who is responsible for stabbing the goat and we will prosecute under the Animal Protection Act and are appealing for any information’ he said.

Local traditional healer Daliwe Mehlonkomo said it was common for black goats or black chickens to be used in rituals adding: ‘This goat would have been used to wash away bad luck.

‘With the help of a traditional healer the goat ritual is performed and the bad luck is removed from a person or a family with the washing of its blood and it is redirected to the goat’ he said.