POLICE have launched a desperate hunt for a ten-year-old boy after he vanished from his Cheshire home last night.

Lewis Edwards was last seen at a Wilmslow home about 7.30pm. 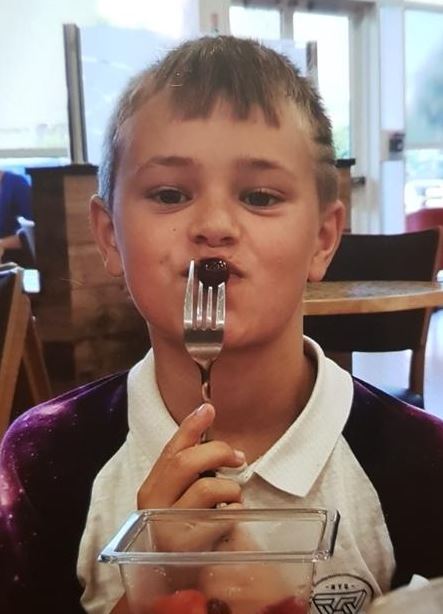 He has now been missing for more than 12 hours, with Cheshire Police revealing they had increasing fears for his safety.

The schoolboy is believed to have left the address on a bicycle, which has since been found at the nearby Styal area.

Chief Inspector Jez Taylor, who is co-ordinating the search for Lewis, said: “We are becoming increasingly concerned as Lewis has not been seen since yesterday evening.

"He has links to the Wythenshawe area, and he may be travelling in that direction.

"Searches are currently ongoing, and residents are asked to keep an eye out for Lewis and check their gardens and outbuildings in case he has been staying there overnight.

"If you have any information as to his whereabouts please contact the team here are Cheshire Police."

He is described as white, approximately 4’ 6” tall, of slim build with short dark blonde hair, with two stripes shaved onto the side of his head.

At the time of his disappearance he was wearing a purple T-shirt and jeans.

Anyone with any information into Lewis’s whereabouts is asked to contact Cheshire Police on 101 quoting incident number IML-471266.

It comes after the body of a 15-year-old was tragically found in water at a power station in West Yorkshire.

Elliot Burton had bee last seen in Wakefield on Thursday, with the teen found yesterday.