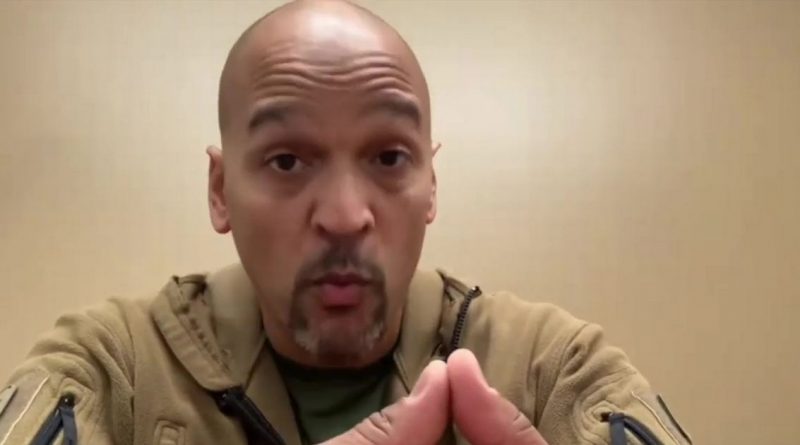 A dad tragically took his own life right outside the police station where he worked following a haunting social media video he posted detailing his heartbreak over the state of US policing.

Deputy Clyde Kerr III passed away on the grounds of the Lafayette Parish Sheriff's Office, Louisiana, on Monday, February 1, and left behind important messages in his final video.

The 43-year-old was a military veteran and a doting father who went into detail in the clip about the existence of widespread police brutality against African Americans, as well as the mental health issues which are present among those in the force.

Kerr, from Louisiana, struggled with his own mental health and opened up about the effect that George Floyd's death had on him.

He said he struggles to explain the case his young son, with four police officers now on trial over Floyd's tragic death.

Discussing deaths of other black people due to the police, the dad said: “If this feels right to you as a person, then something is wrong with you.

“This is the furthest thing from right. This is a manner of wickedness.

"Ya’ll are radicalising people and then when they buck and they want to come against the system because it’s not for them, then you come down on them with a hammer.”

His powerful videos, which have since gone viral on Facebook and YouTube, have haunting hints towards his suicide, which followed shortly after.

He added that he struggled with his career, having to go to work every day as a black man in a police uniform.

“You have no idea how hard it is to put a uniform on in this day and age with everything that’s going on,” he said in one video.

“My entire life has been in the service of other people.

“Y’all entrust me to safeguard your little ones, your small ones, the thing that’s most precious to you, and I did that well.

"I passed security clearance in the military … but that has allowed me to see the inner workings of things.”

In another clip, Kerr said "I've had enough".

Following his passing earlier this week, the Lafayette Parish Sheriff's Office wrote in a statement that their station is mourning the loss of one of its own.

The statement read: "The Lafayette Parish Sheriff’s Office is mourning the loss of one of its own.

“Deputy Clyde Kerr began his service with the sheriff's office in June of 2015. He has served as a deputy on patrol, a member of the swat team and a school resource officer."

Kerr's co-worker, Sheriff Mark Garber also added in his own statement: “My heart goes out to Deputy Kerr, his immediate family and to all of the brothers and sisters he has at the sheriff’s office, as we all grieve.”

Online, the tragic news reinvigorated calls for more to be done to improve racial justice, policing practices and mental health support for first responders in the country.

If you're affected by any of the above topics, you can always call the Samaritans 24-hour helpline on 116 123, email [email protected], visit a Samaritans branch in person or go to the Samaritans website.