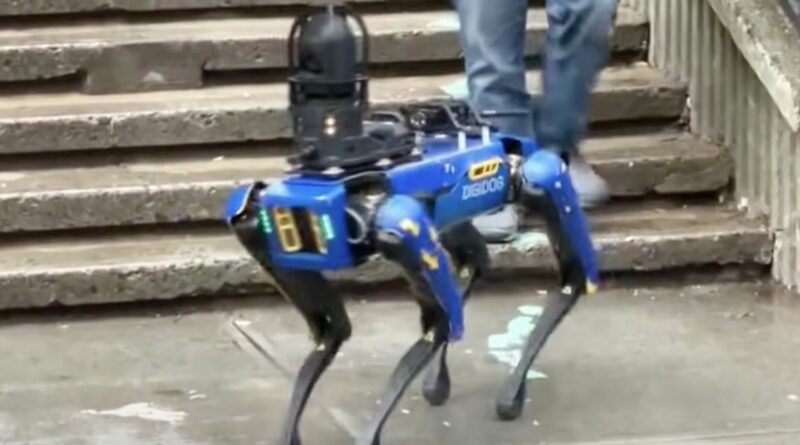 A robotic police dog that coppers had hoped would help defuse 'hazardous situations' has had to be put down after a huge backlash over the costly pooch.

But after the robo-dog was used in a hostage situation at an apartment in the Bronx in February, the machine stirred up privacy concerns and the force was criticised over how much it cost.

“Please ask yourself: When was the last time you saw next-generation, world-class technology for education, health care, housing, etc. consistently prioritized for underserved communities like this?” she said on Twitter at the time.

City Councilmembers Ben Kallos and Corey Johnson the filed a subpoena filed to find out how much the robot had cost, leading to the NYPD revealing that they paid $94,000 to lease the dog from Boston Dynamics.

Jamaal Bowman, US representative for New York's 16th congressional district was one of the people to speak out about the robot dog.

He tweeted a video, which he captioned: "They got ROBOT police dogs in the streets of New York. This is ridiculous y’all. I gotta speak on it."

In the video he said: "We scream defund the police so we can reallocate those resources towards something that focuses on true public health and safety.

"Protesting all summer for Black lives, we were under assault.

"People living in poverty, struggling, struggling to put food on the table, keep a roof over their head, take care of their kids, afford childcare, all this going on.

"And now we got damn robot police dogs walking down the street.

"What the hell do we need robot police dogs?

"This is some robocop stuff, this is crazy. Robot police dogs walking down the street."

The robot has now been put down – and mailed back to Boston.

Digidog was officially removed from its beat on April 22, The New York Times reports.

A spokesman for Mayor Bill de Blasio, Bill Neidhardt, said he was “glad the Digidog was put down.”

A Boston Dynamics spokeswoman said the company’s robots were “not designed to be used as weapons, inflict harm or intimidate people or animals.”

“We support local communities reviewing the allocation of public funds, and believe Spot is a cost-effective tool comparable to historical robotic devices used by public safety to inspect hazardous environments,” the spokeswoman said.

Earlier this month one of the robot dogs was tested by the French army in combat drills.

Boston Dynamics’ vice president of business development Michael Perry told The Verge that they did not know what Spot was being used for.