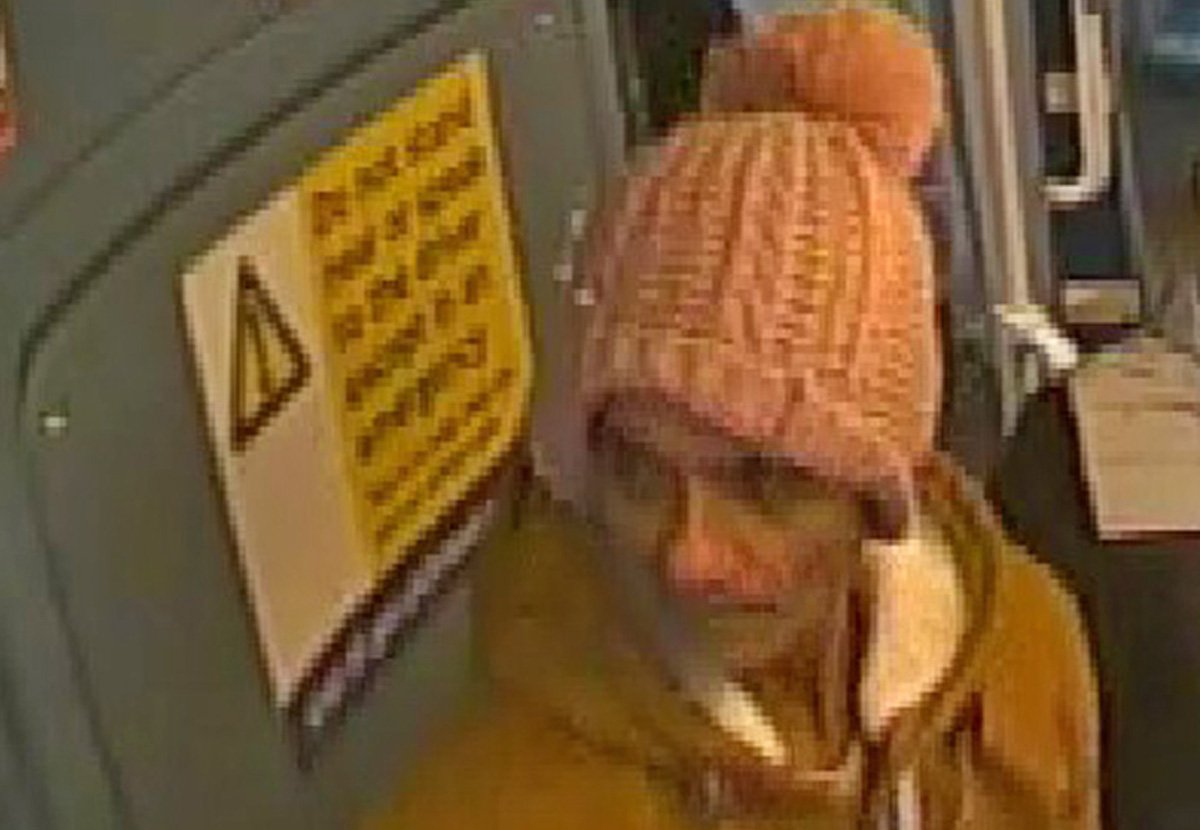 Police have released an image of a man they want to trace after an alleged sexual assault on a London bus.

The Metropolitan Police are investigating reports a woman was attacked while travelling in Haringey.

Detectives say a man who was on the bus at the time is being sought and may be able to help with enquiries.

He was wearing a bright pink wooly bobble hat with pearls on it at the time and was clearly visible on CCTV.

Described as being between 35 and 40-years-old, the Met said he was also wearing a light brown hooded jacket, and a ‘cross body woman’s purse’.

The incident is said to have happened at 5.40pm on January 15 aboard the 141 bus, heading to London Bridge on Turnpike Lane.

A ‘number of other passengers’ were harassed, the Met said, before the suspect approached the victim.

The man – who was already on the bus when the woman who complained got on – then approached her.

He touched her several times before another passenger intervened and he was thrown off.

Officers from the Roads and Transport Policing Command shared the image and said it was of a ‘man they need to identify and speak with’.