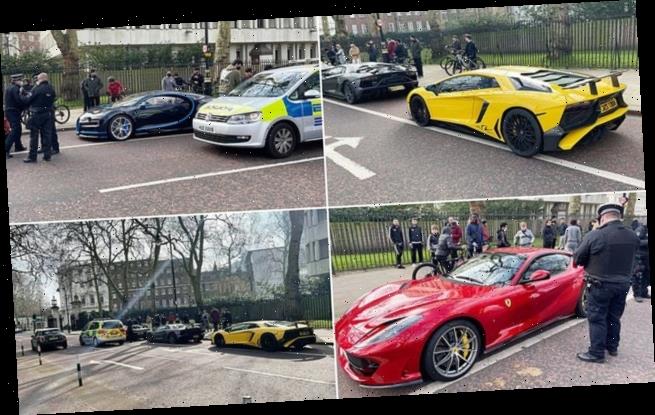 Royally stupid! Moment armed police swoop on boy racers in a Ferrari, a Bugatti and two Lamborghinis as they staged a PHOTOSHOOT outside Buckingham Palace

Armed police swooped on four supercar drivers after they tried to stage a photoshoot outside Buckingham Palace.

The owners of a Ferrari, Bugatti and two Lamborghinis were all spoken to by the Metropolitan Police after the stunt.

They had first parked up outside the Victoria Memorial near the Queen’s London home where they were moved on by officers.

But when they decamped to Birdcage Walk just after 2pm they were told off by officers, who checked all of their papers.

A source said: ‘Four drivers all driving super cars including a Ferrari, Bugatti and two Lamborghinis were all issued tickets by the met police after they did an impromptu photo shoot outside Buckingham Palace. 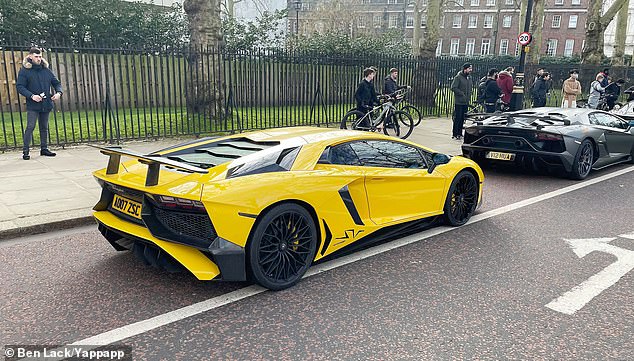 The owners of a Ferrari, Bugatti and two Lamborghinis were all issued fines by the police 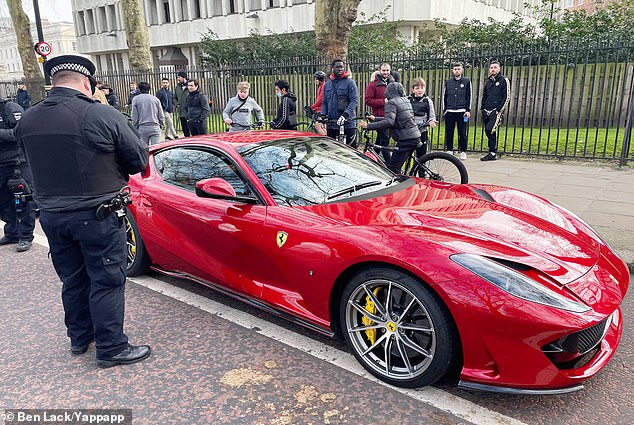 ‘They moved barriers that forced armed police to swoop on them.

‘There they were filmed being given tickets by cops before the video spins round to show Buckingham palace at the end of the clip.’

The supercar owners parked nose to tail so they could take pictures of themselves and their vehicles in front of the Queen’s official residence.

But when they moved barriers armed police arrived to shut down the shoot.

A large crowd had gathered on the pavement by the time the officers wrote the tickets. 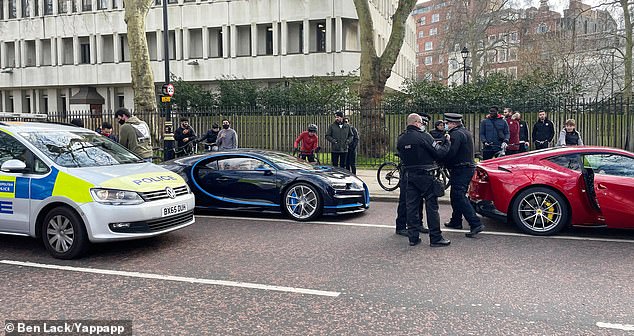 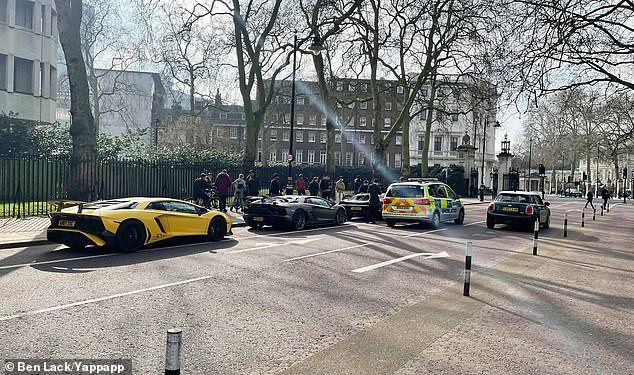 The whole scene was captured from a passing car.

A spokesman for the Metropolitan Police Service told MailOnline: ‘A group of cars where moved on by officers after they parked near the Queen Victoria Memorial outside Buckingham Palace shortly after 1.30pm on Sunday, February 28.

‘The cars then moved to Birdcage Walk.

‘They were spoken to by officers and their driving and insurance details were checked. They then left the scene, shortly after 2pm.’