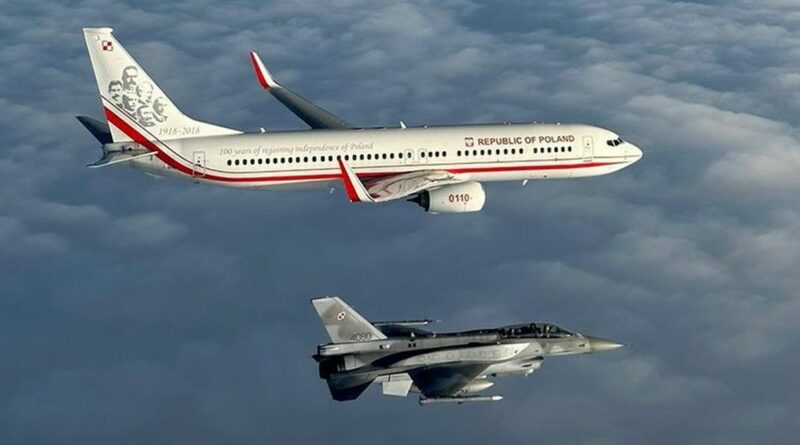 Superstar striker Robert Lewandowski and his Poland teammates, which includes British-born Matty Cash, were escorted out of the country by F-16 fighter jets on the way to the World Cup in Qatar.

The national team plane was guided by fighter jets to the southern border of Poland following a missile killing two farmers four miles from the Ukrainian border on Tuesday (November 15).

Huge reams of 8ft barbed wire fences were administered by Polish soldiers following the blast, with troops closing off the border amid fears of a Russian migrant crisis.

And the anxiety reached the national team, who kick off their tournament against Mexico on Tuesday, November 22.

The Twitter account for the national team posted: "We were escorted to the southern border of Poland by F16 planes!

"Thank you and greetings to the pilots!"

Poland have secured qualification for back-to-back World Cup’s and after crashing out in the group stage in 2018, will be hoping to go one further and reach the knockout stages for the first time since 1986.

After finishing bottom of their group four years ago, Poland also suffered the same fate at Euro 2020.

Qualification was secured for Qatar, however, via a 2-0 play-off final win over Sweden in March, having finished second in their initial qualifying group behind England.

Initial reports indicated that a Russian missile had struck the border of Poland, but it is now believed that a Ukrainian missile fell across the border instead.

Poland has since claimed the missile was that of a Ukrainian weapon, a claim which Ukrainian president Volodymyr Zelenskyy disputes.

One resident close to the missile strike at the time described it as a "big bang" that left them "scared that it was the war".

Poland have since began their own investigation into the missile strike.