Voters believe Brexit will bring immigration under control but hit them in the pocket – and 54 per cent now back Remain, a major poll has found.

The survey of 20,000, the largest since the 2016 referendum, found a swing away from Leave, with respondents saying they would now back staying in the EU by 54 per cent to 46 per cent. The referendum saw 52 per cent vote Leave.

Survation’s poll for Channel 4 News found support for Brexit has declined sharply in some constituencies which were staunchly pro-Leave two years ago. Researchers found the number of local authority areas backing Brexit has fallen from 262 in the referendum to 157 today. The number backing Remain has risen from 116 to 221. 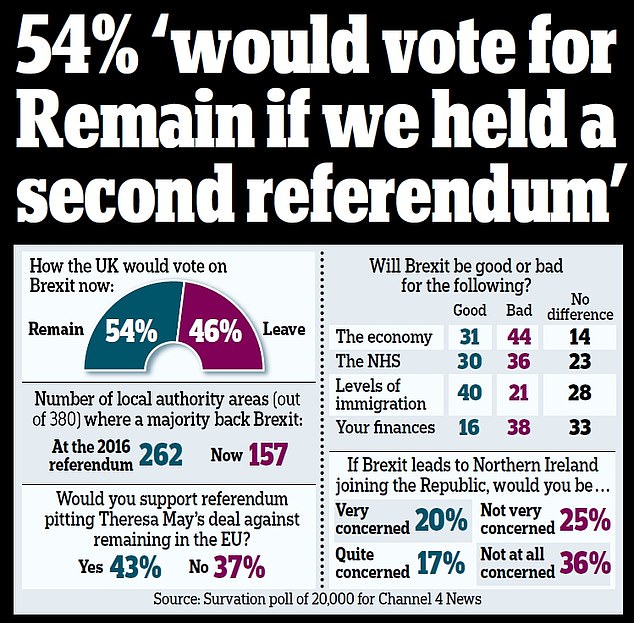 The results of the Survation poll of 20,000 for Channel 4 News are shown in this graphic

Double-digit falls in support for Brexit were recorded in a string of seats in Labour’s heartlands, including Wigan, Stoke-on-Trent and Middlesbrough.

The findings could help sway the mood of Labour MPs as they consider whether to back Theresa May’s Brexit deal or join the campaign for a second referendum.

The poll did not, however, find conclusive backing for yet another vote. Some 43 per cent said they would support a referendum that pitted a final Brexit deal against remaining in the EU – but this was opposed by 37 per cent.

Fewer than one in six (16 per cent) believe Brexit will be good for their own finances, with 38 per cent braced for a negative impact. 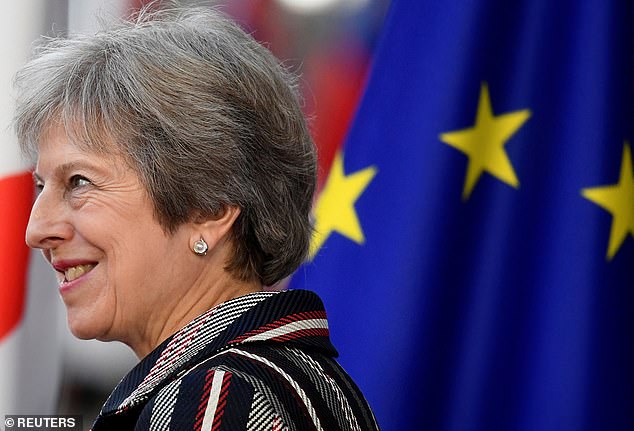 Respondents were more bullish on the economy as a whole, with 31 per cent predicting Brexit would be good for UK plc – although almost half (44 per cent) said our break from Brussels would be bad for Britain’s bottom line.

Four in ten said leaving the EU would be good for levels of immigration, while more than a third said they would not be concerned if Northern Ireland left the United Kingdom.

Justice Secretary David Gauke last night said: ‘We are at the end of a negotiation, in a period where there is a lot of uncertainty. I am not at all surprised there has been a swing to Remain. If we get a deal there could be a swing back to Leave.’

Labour’s shadow international trade secretary Barry Gardiner said he was ‘heartened’ by the responses to Survation, which conducted its poll online across every constituency in the UK between October 20 and November 2.

Bizarre moment man deadlocks his ex-girlfriend's car with keys inside

Survey finds 23% of patients have lied to their doctor — but why?
Travel