Nearly 80 percent of Americans, including more than half of Republicans, recognize President-elect Joe Biden as the winner of the November 3rd election, according to a recent poll.

Most media organizations called the race for the Democrat based on his leads in critical battleground states.

While the race with Republican incumbent Donald Trump still remains undecided in three states as of Tuesday evening, Biden – who needed 270 Electoral College votes to win – had 279 of those votes to 214 for Trump, according to Edison Research. 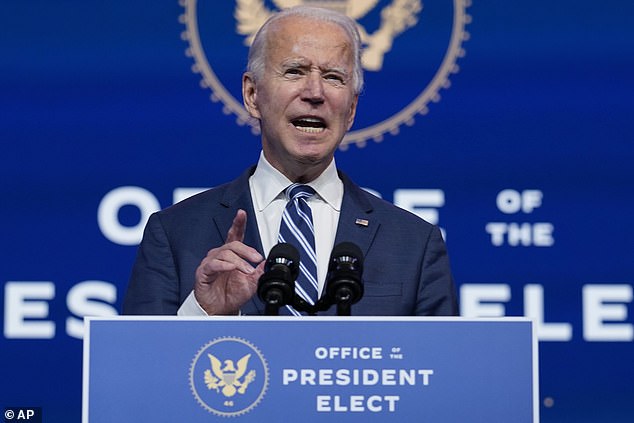 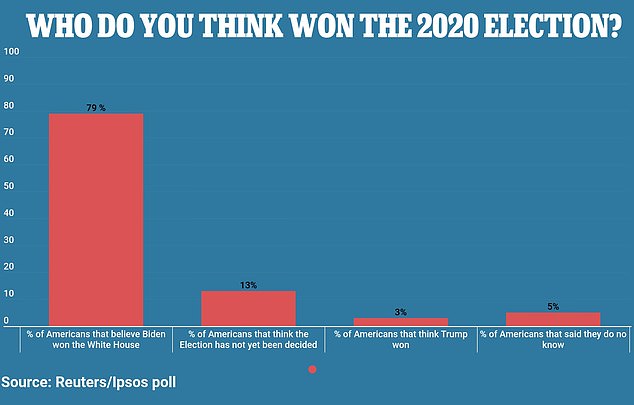 The poll canvassed 1,363 American adults for their views on the outcome of the 2020 election

Another 13% said the election has not yet been decided, 3% said Trump won and 5% said they do not know.

The results were somewhat split along party lines: about six in 10 Republicans and almost every Democrat said Biden won.

Edison Research, which conducts exit polling for Reuters and major media outlets, called the race for Biden on Saturday after he expanded his lead over Trump in Pennsylvania and appeared well on his way to amassing 270 electoral votes. 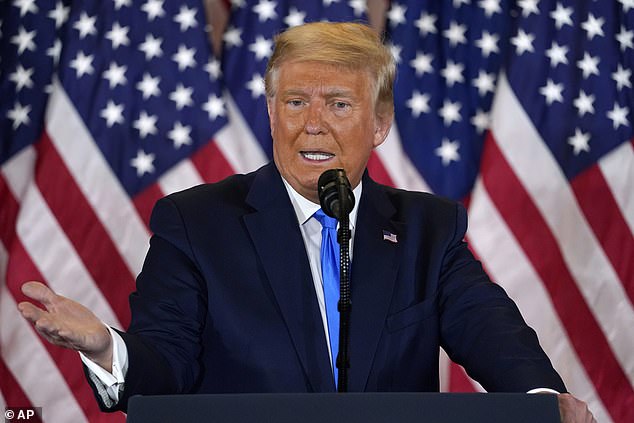 President Donald Trump told the country in all-caps Tuesday morning ‘WE WILL WIN!’ as he continues to refuse to concede the election

Trump tweeted ‘WE WILL WIN!’ on Tuesday

Trump has yet to recognize the result of the race.

He prematurely declared victory well before the votes had been counted and has repeatedly complained without evidence that he is the victim of widespread voter fraud.

His claims have been echoed by members of Trump’s Cabinet. U.S. Attorney General William Barr has authorized federal investigations of ‘substantial’ allegations of voting irregularities, and Secretary of State Mike Pompeo on Tuesday said he foresees ‘a smooth transition to a second Trump administration.’ 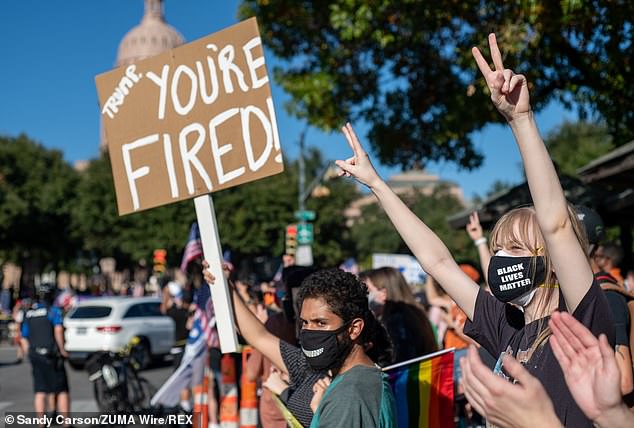 The Reuters/Ipsos poll was part of a broader survey that was conducted Friday to Tuesday and included responses before the presidential race was called.

It showed that 70% of Americans, including 83% of Democrats and 59% of Republicans, trust their local election officials to ‘do their job honestly.’

The poll also found that 72% think the loser of the election must concede defeat, and 60% think there will be a peaceful transition of power when Trump’s term ends in January.

The poll was conducted online, in English, throughout the United States. It gathered responses from 1,363 U.S. adults in all, including 469 respondents who took the poll between Saturday afternoon and Tuesday.

The poll has a credibility interval, a measure of precision, of 5 percentage points.