In a flap: Poor seagull flies into a wall after getting a crisp packet stuck on its head

A confused seagull was spotted with its head stuck inside a crisp packet crashing into a wall as it tried to fly away.

The bird was filmed struggling to find its bearings by the roadside in the town of Lochgelly in Fife, Scotland, at about 5am.

Kyle Thornhill came across the disorientated seagull on his way home after a night out with a friend.

The 18-year-old turned his phone camera on as he approached the bird and made a noise to encourage it to fly away.

But the perplexed creature ended up flying headfirst into the wall of a shop by the road.

It seemed the greedy gull got stuck after putting its head into the crisp packet to hoover up any tasty morsels left in the bottom.

Kyle posted the clip on Twitter and it has since been viewed more than 67,000 times. 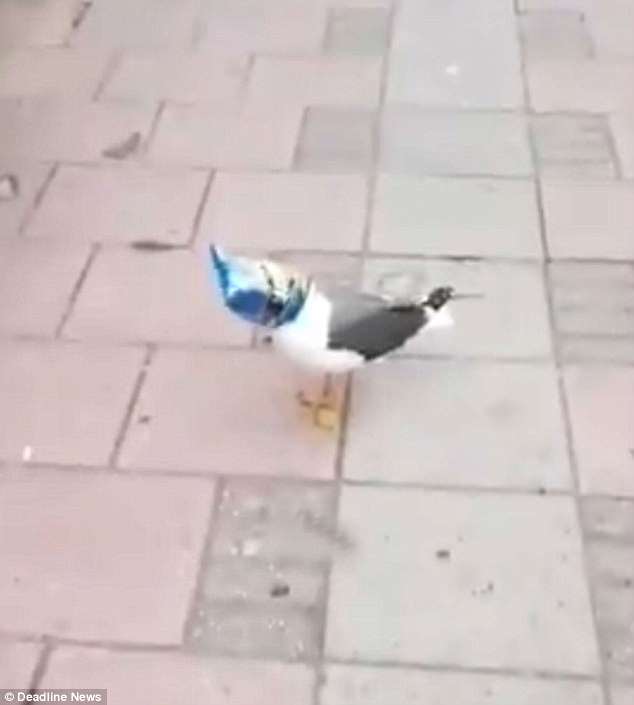 A confused seagull with a crisp packet stuck on its head in the town of Lochgelly in Fife, Scotland 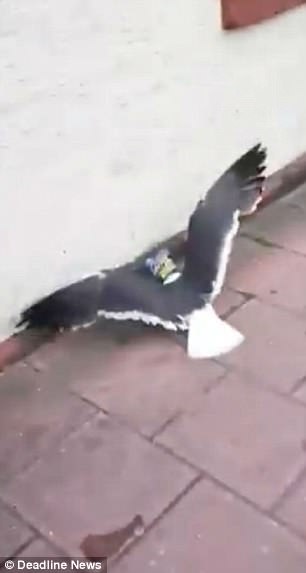 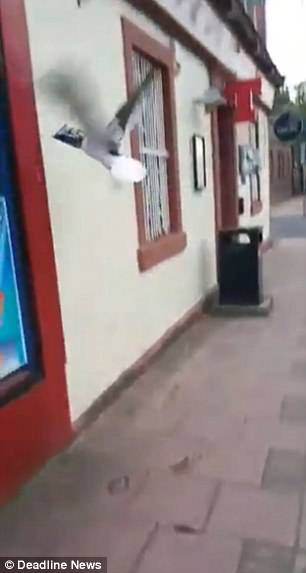 And hundreds of people flocked to comment on the bizarre footage.

But others were more sympathetic towards the confused gull.

‘Omg that’s so sad,’ said another.

Kyle said: ‘I couldn’t get the packet of its head without it flapping like mad and it eventually flew off down the street with it still on its head.’